When I entered South Dakota, in my mind, at least, I was far west enough to start hitting some really famous national parks, and some really beautiful places. (And for that matter, some 80 mph speed limits on the Interstates...)

I remember visiting the Badlands as a kid, and I was stoked to return.

And, it's home to a lot of very easy trails that get visitors from their car to viewpoints with minimal effort, like the Door/Window or Cliff Shelf Nature trails. 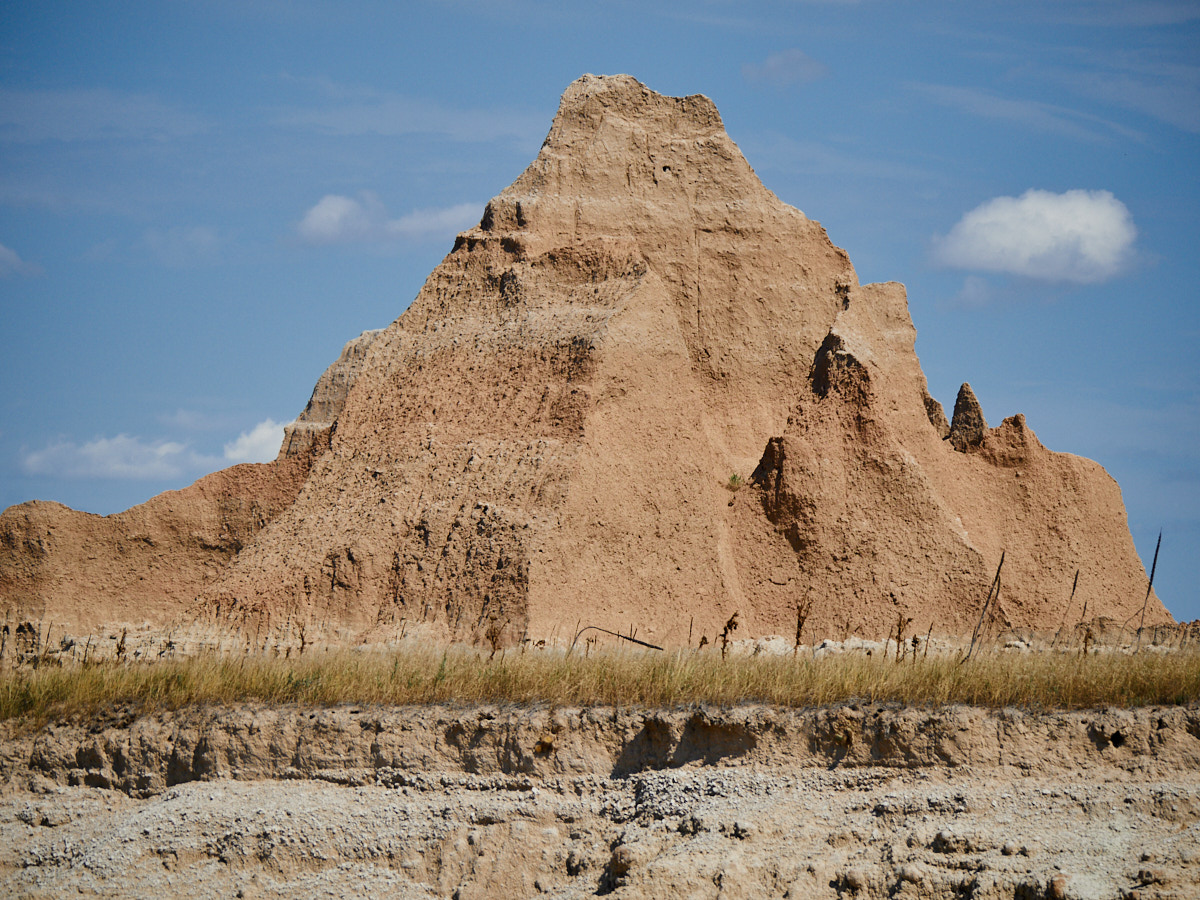 The Badlands themselves are formed via erosion of soil and soft sedimentary rock over time, leading to formations that visitors flock to see. 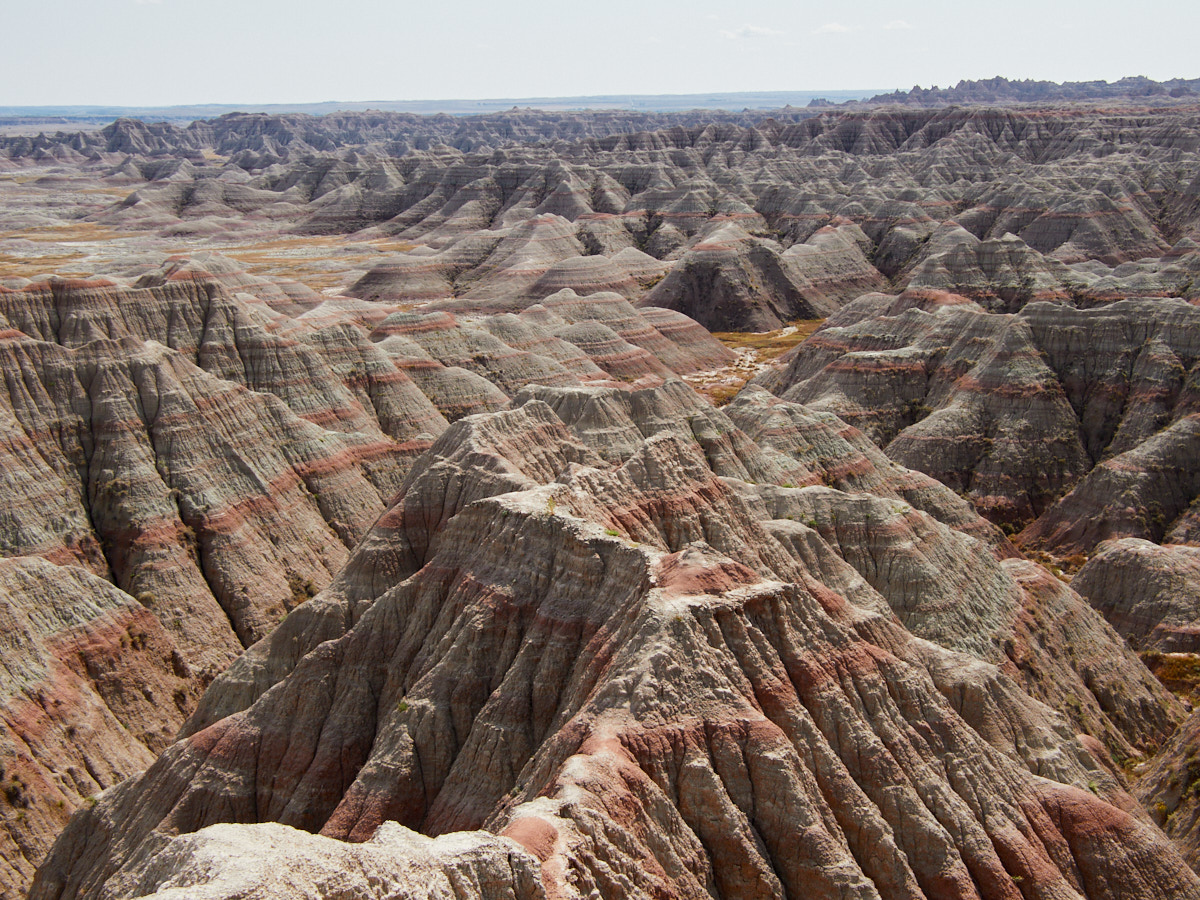 Though I might personally rail at the car-centricity of the average national park, it's good that people can experience this beauty, particularly if they aren't otherwise physically able. 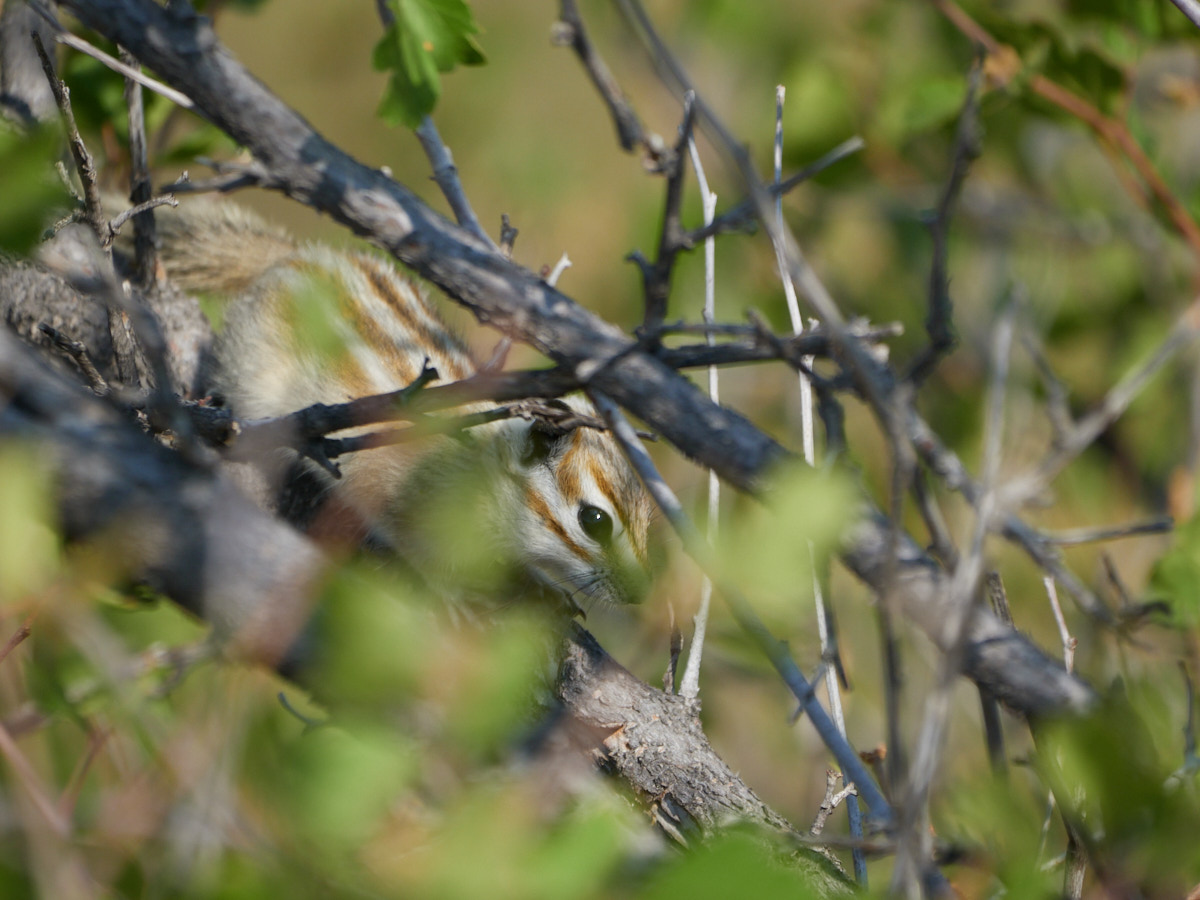 Despite the harsh environment, life is abundant, if you know where to look.
×
× 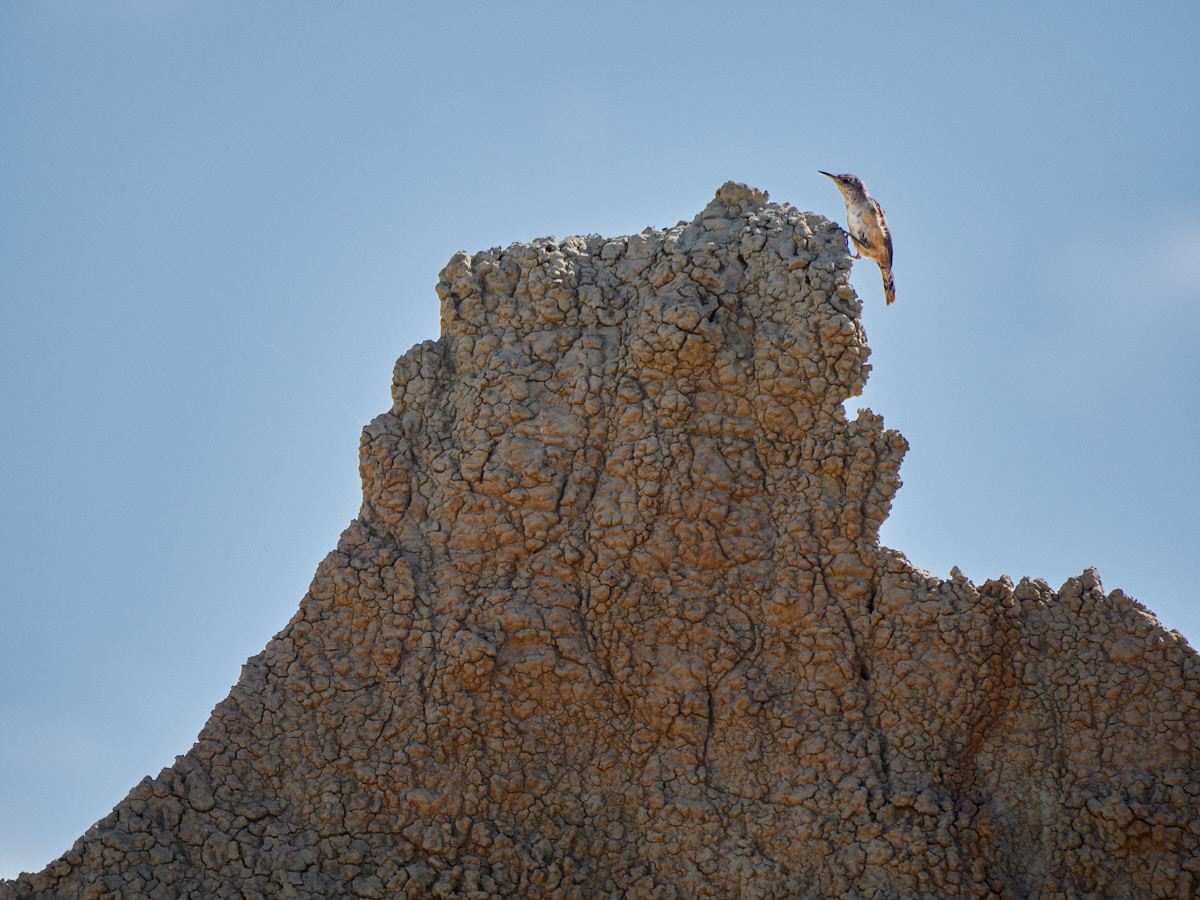 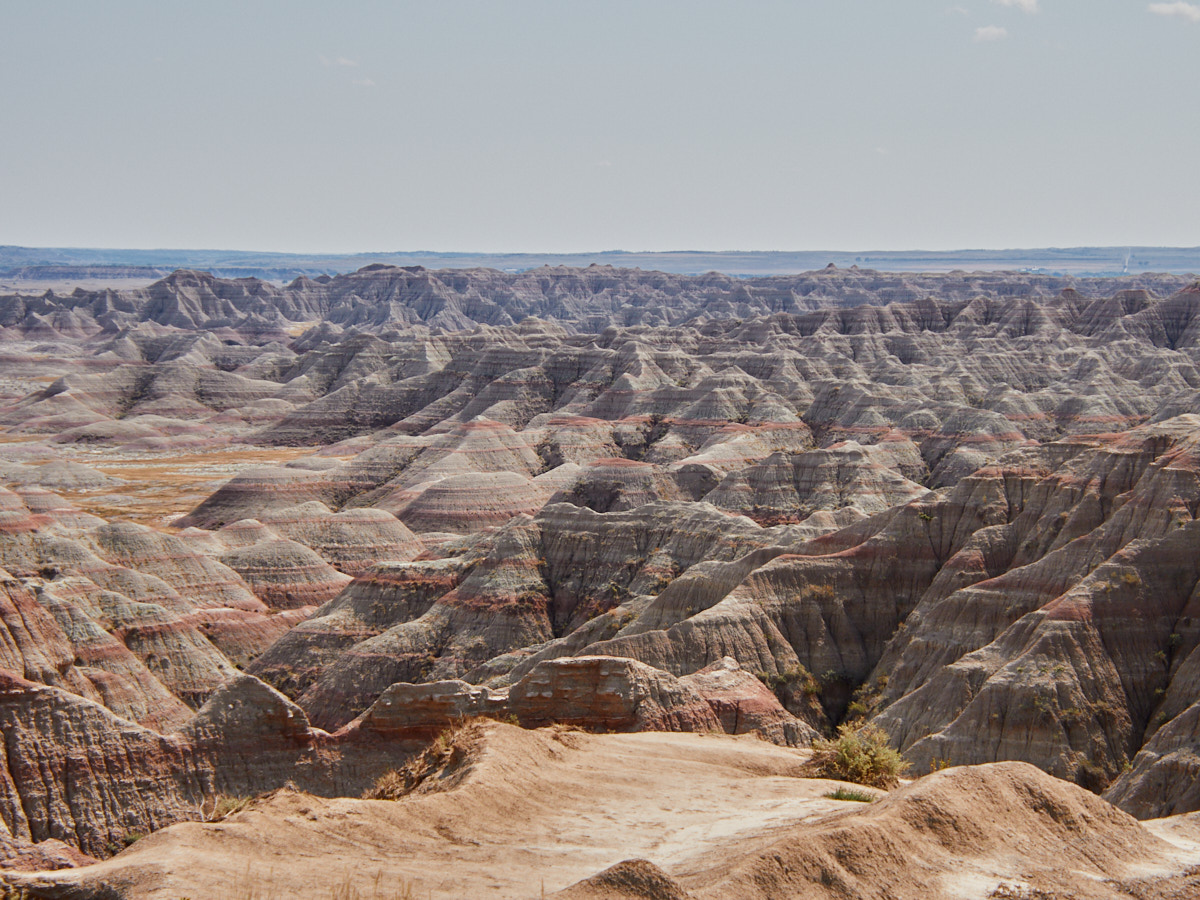 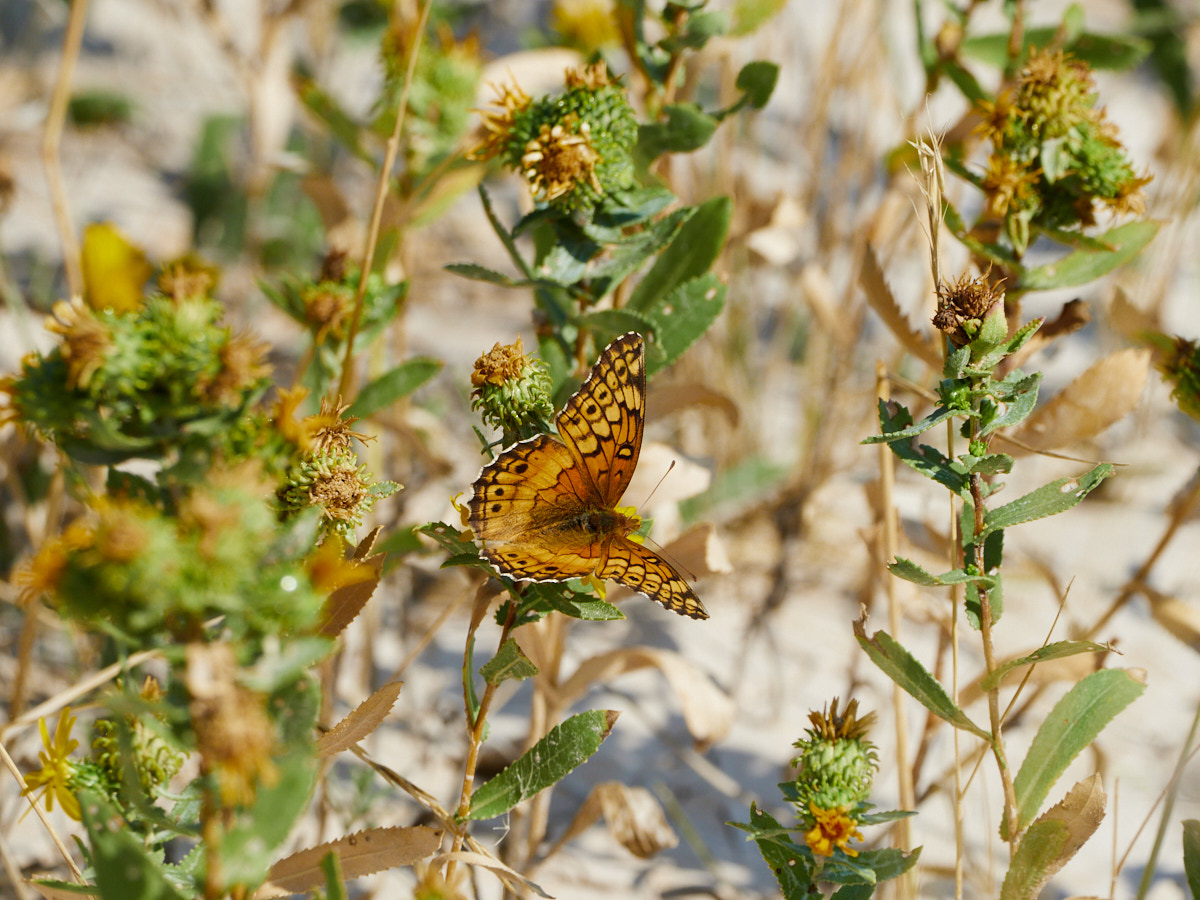 I wanted to stretch my legs a little more, so I embarked on part of the Castle Trail. 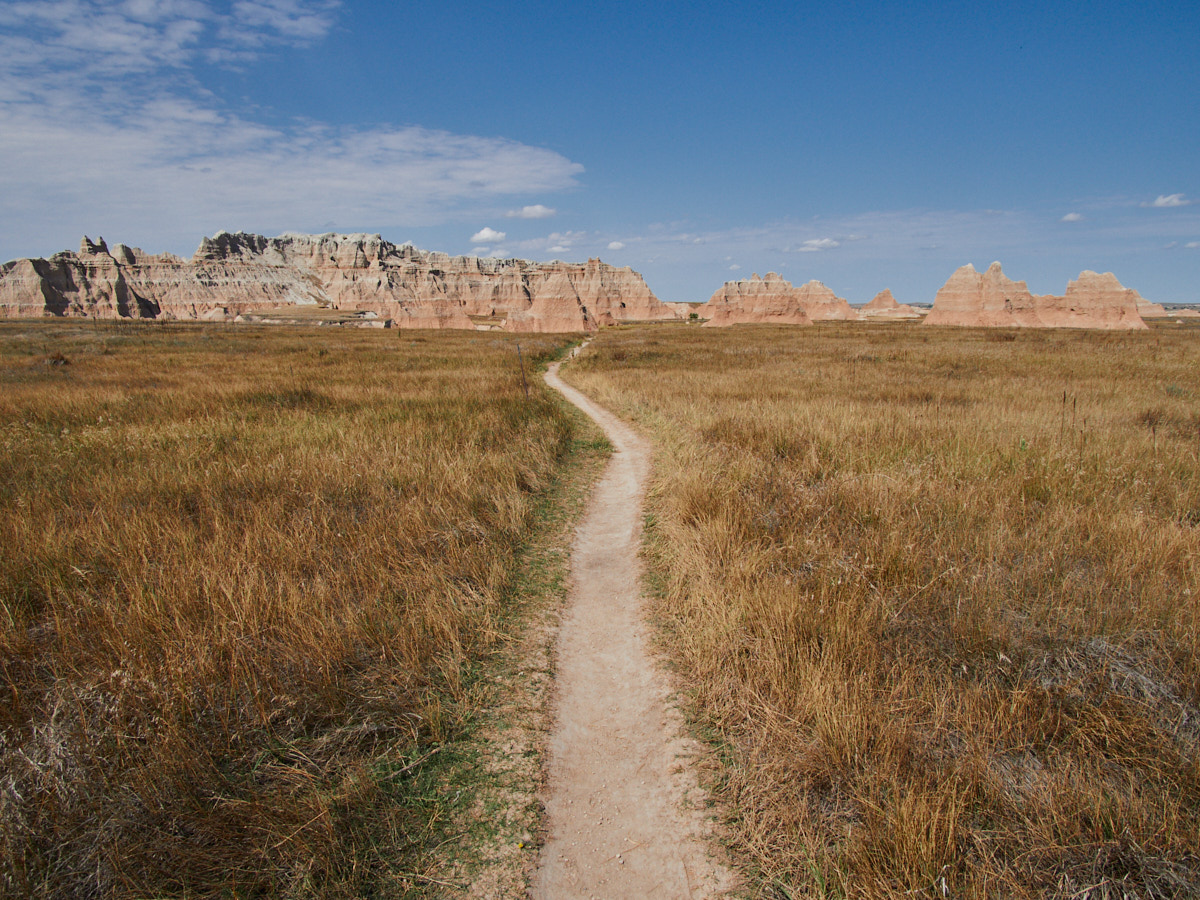 Most of the reviews for this trail point out the lack of shade, and the heat of the sun... For that reason, they suggest not doing it at high noon. 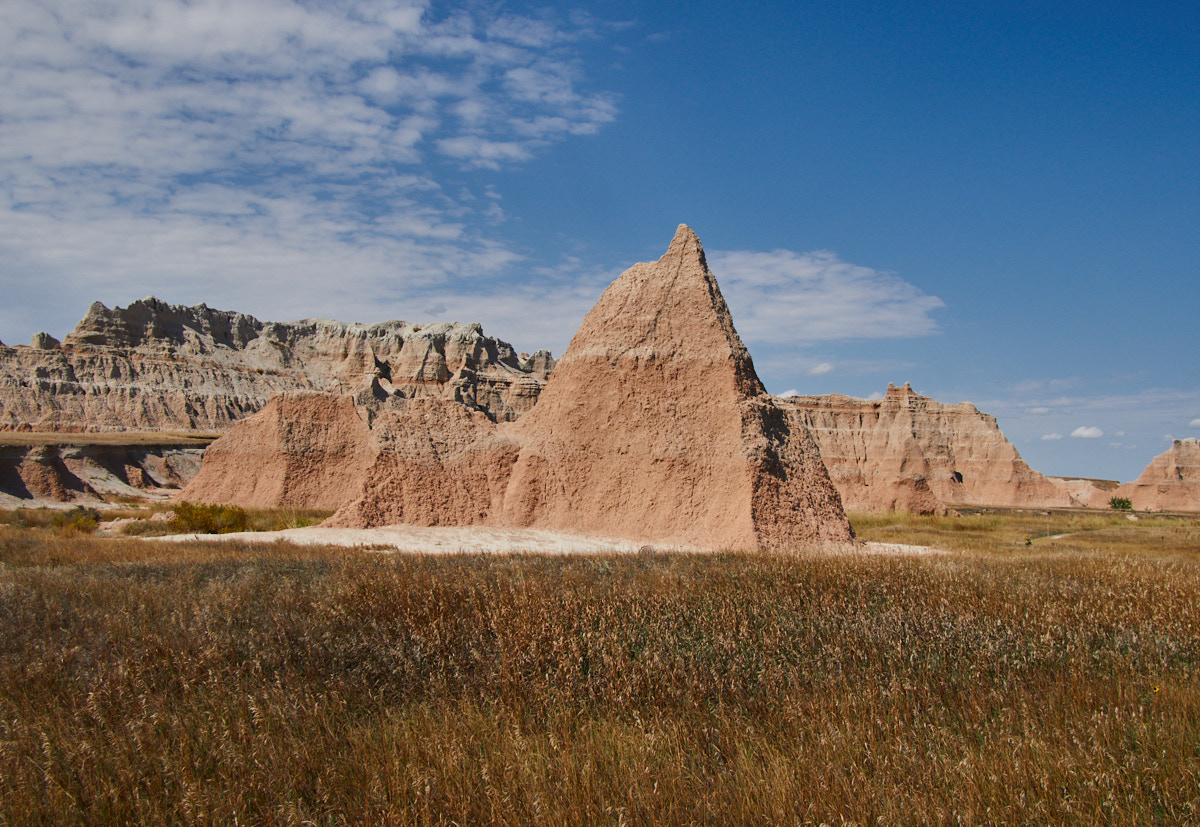 I, however, in my infinite wisdom, set out around noontime, and turned back before reaching the trail's end. 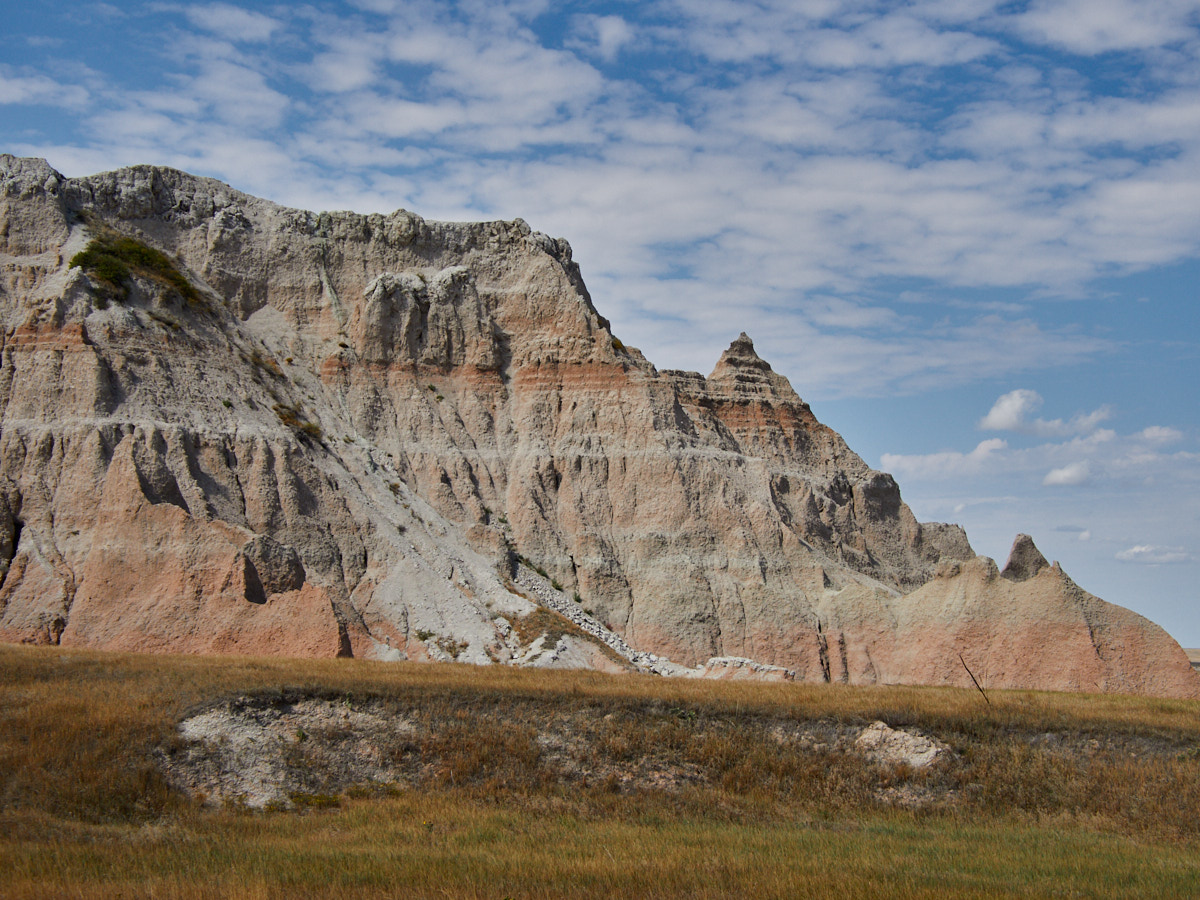 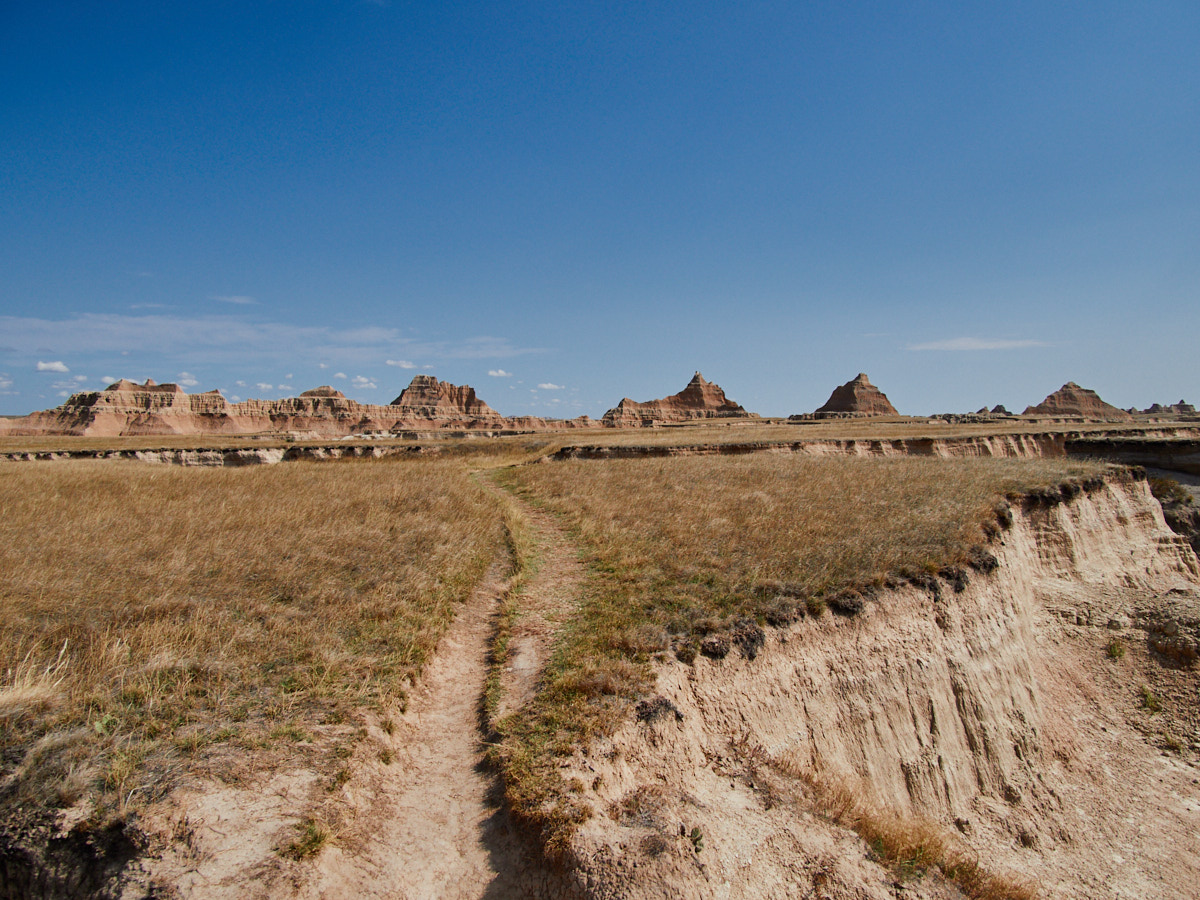 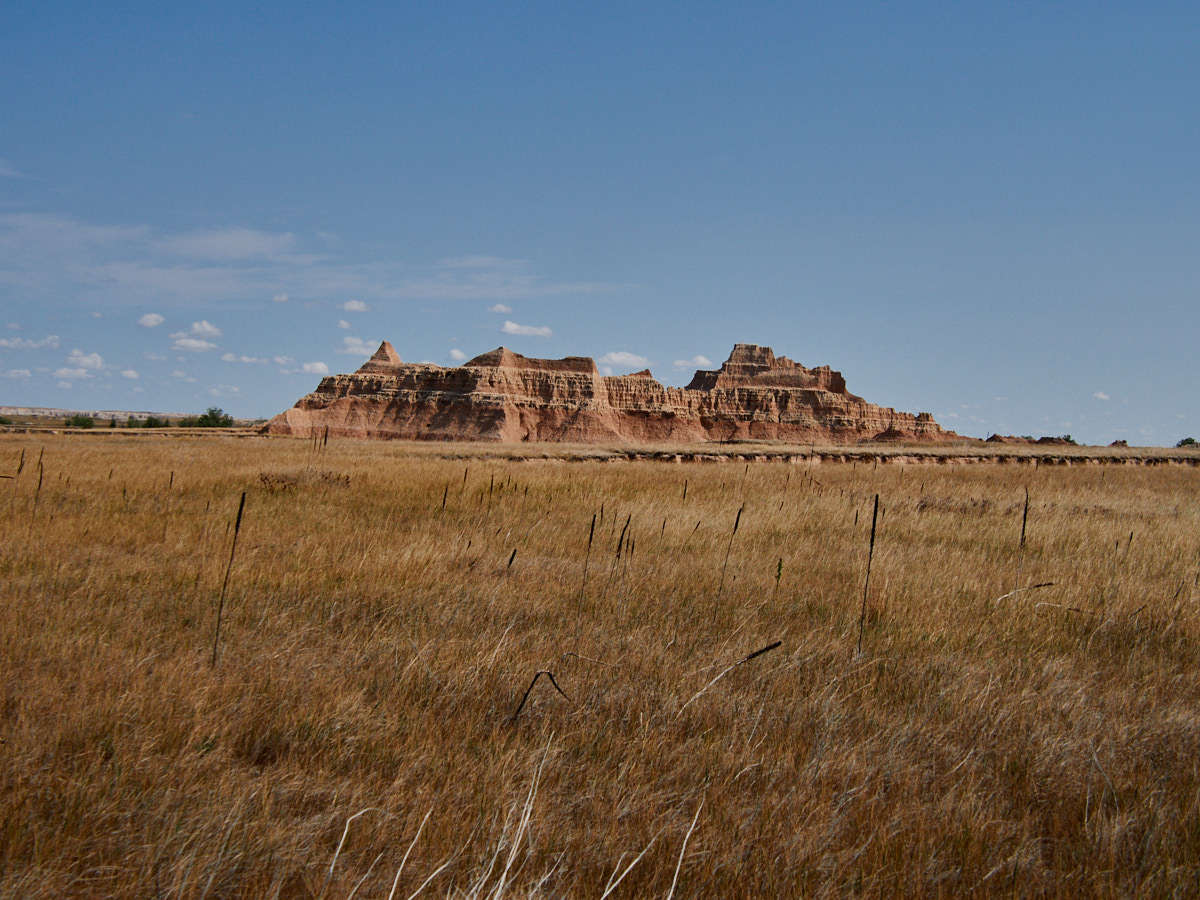 Anyone driving along the interstate sees a myriad of billboards for Wall Drug, senselessly bombarding the senses even from hundreds of miles away.

Like all good tourists, I stopped into visit this tourist trap. 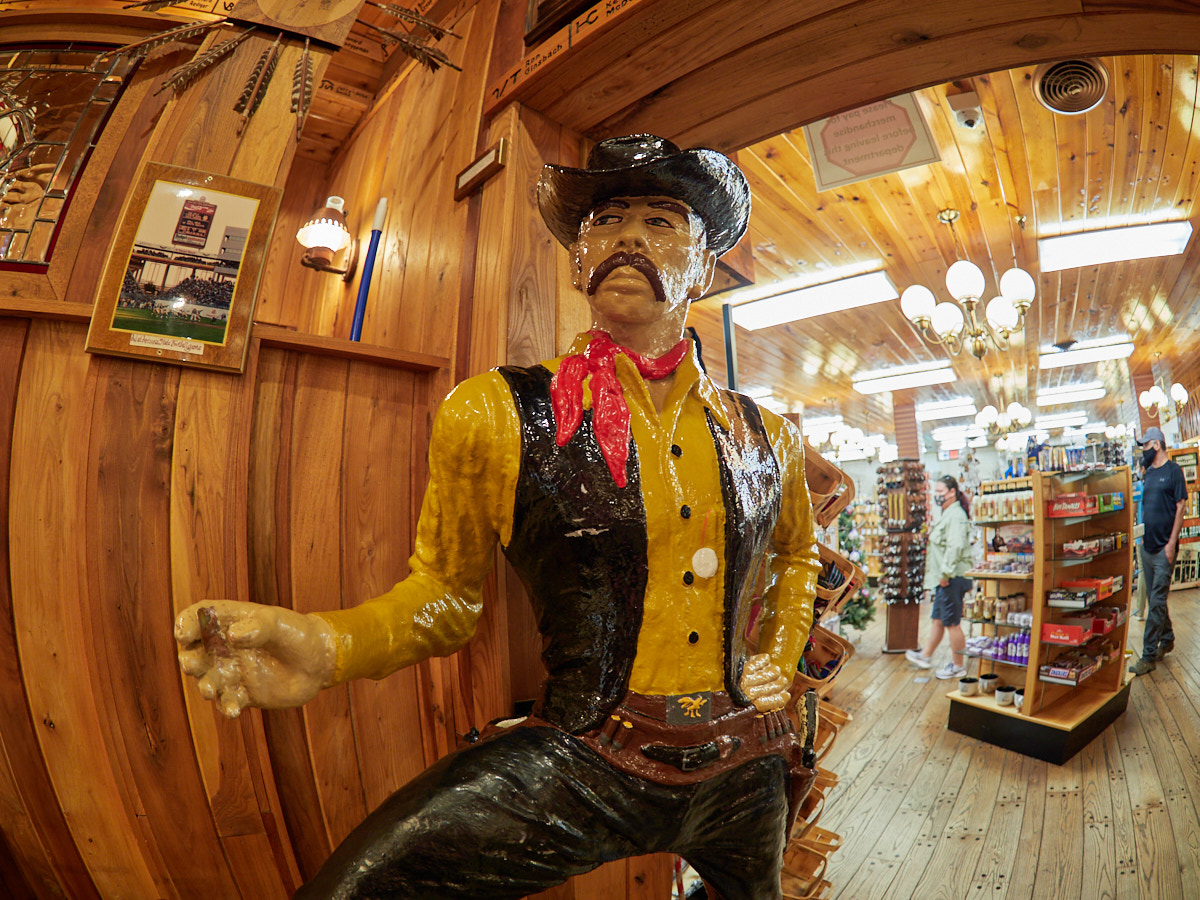 It's an ineffable concoction of funfair, arcade, giftshop, and 'museum', juxtaposing historic photographs with animatronic dinosaurs. 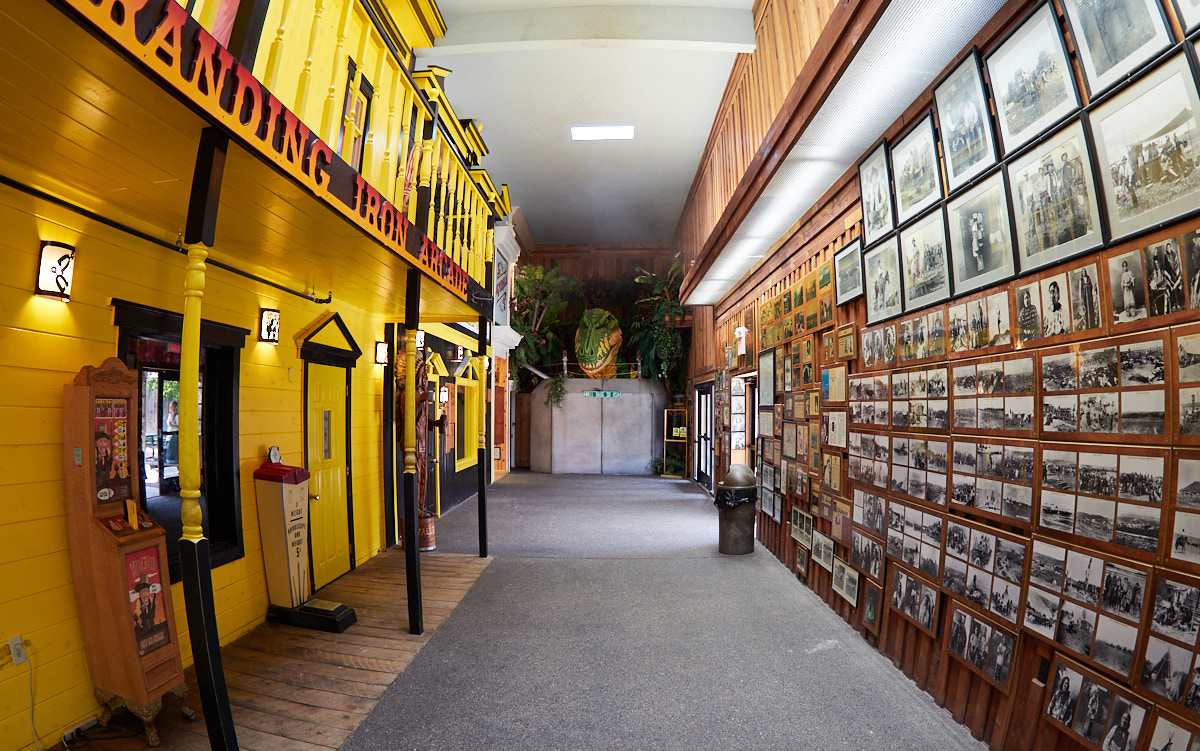 It's home to fountains, restaurants... a drug store (somewhere), a chapel, and a jackalope you can pose for pictures with. 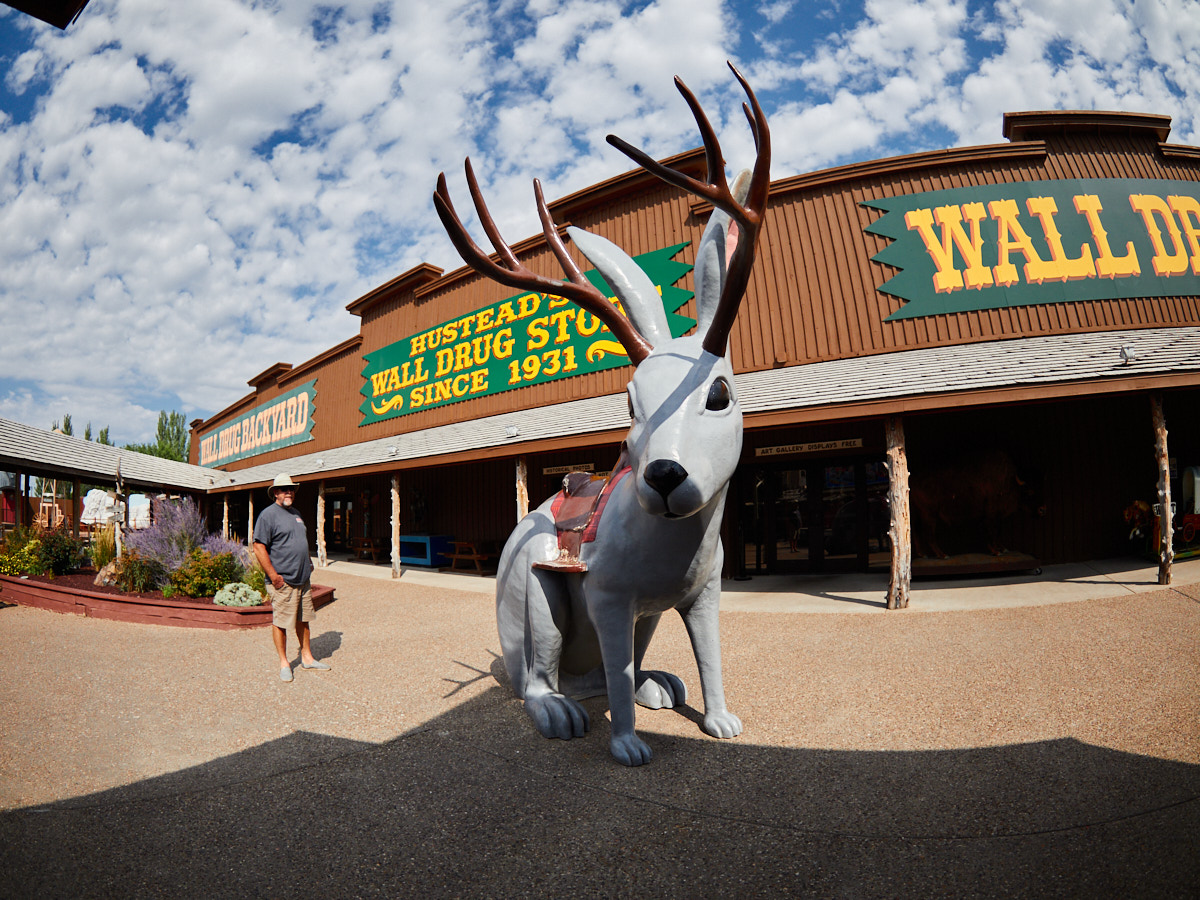 I skipped the food there due to my desire to avoid indoor dining with large amounts of unmasked people, and to skip the long, long queues as well.

Returning to the park, I headed to the Sage Creek Campground, where I hoped to grab a coveted first-come, first-serve no-reservations primitive, free campsite. 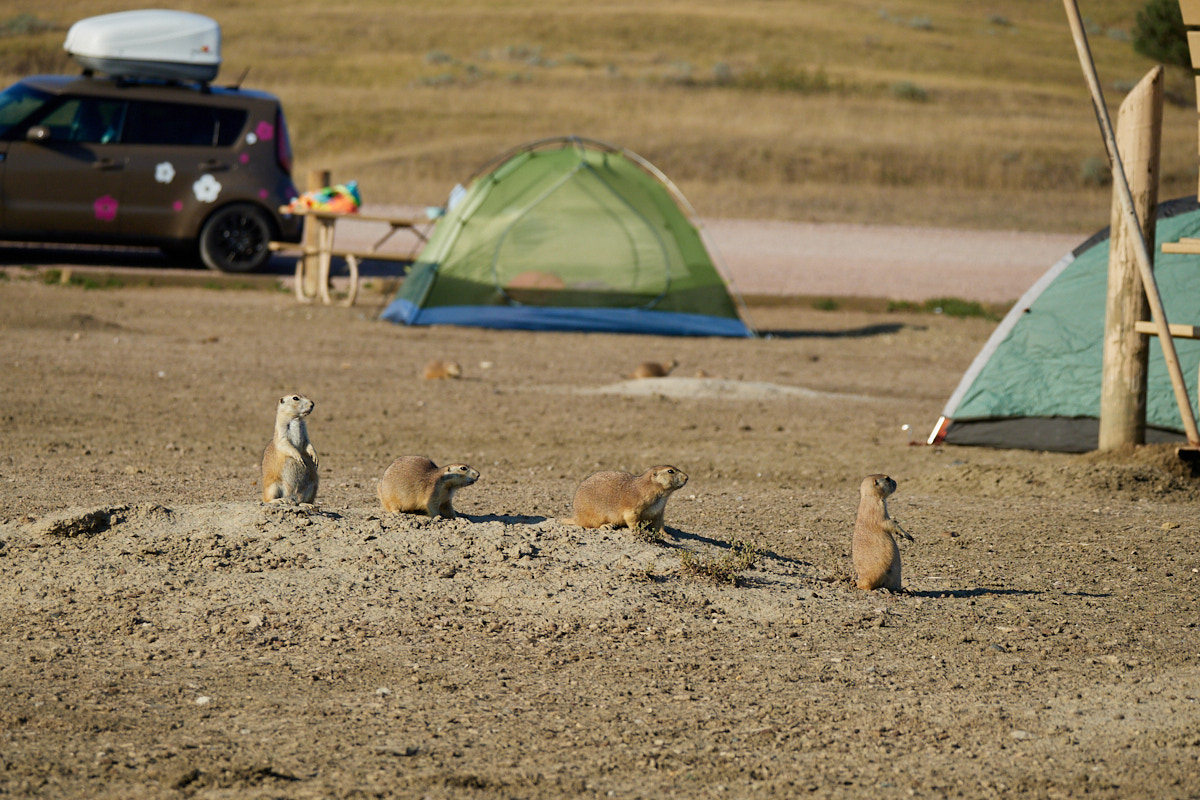 I succeeded, and relaxed near the pack of prairie dogs that also call the campground their home. 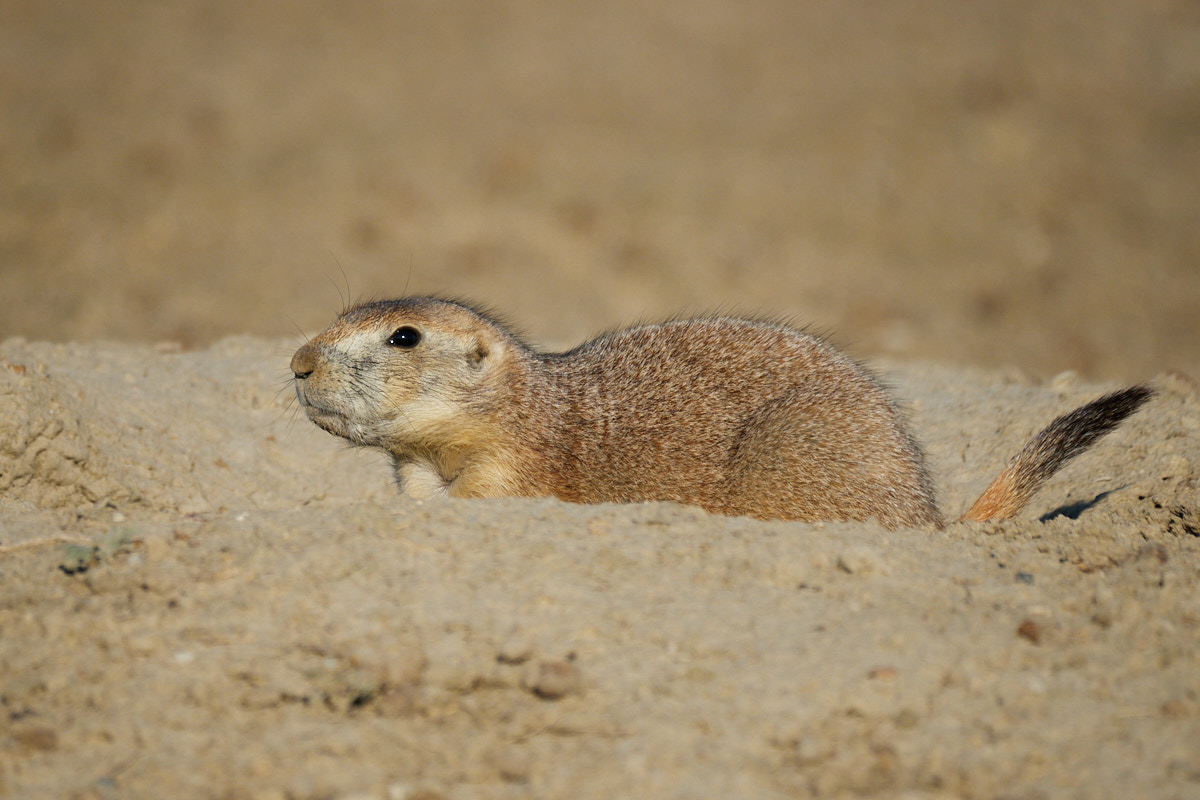 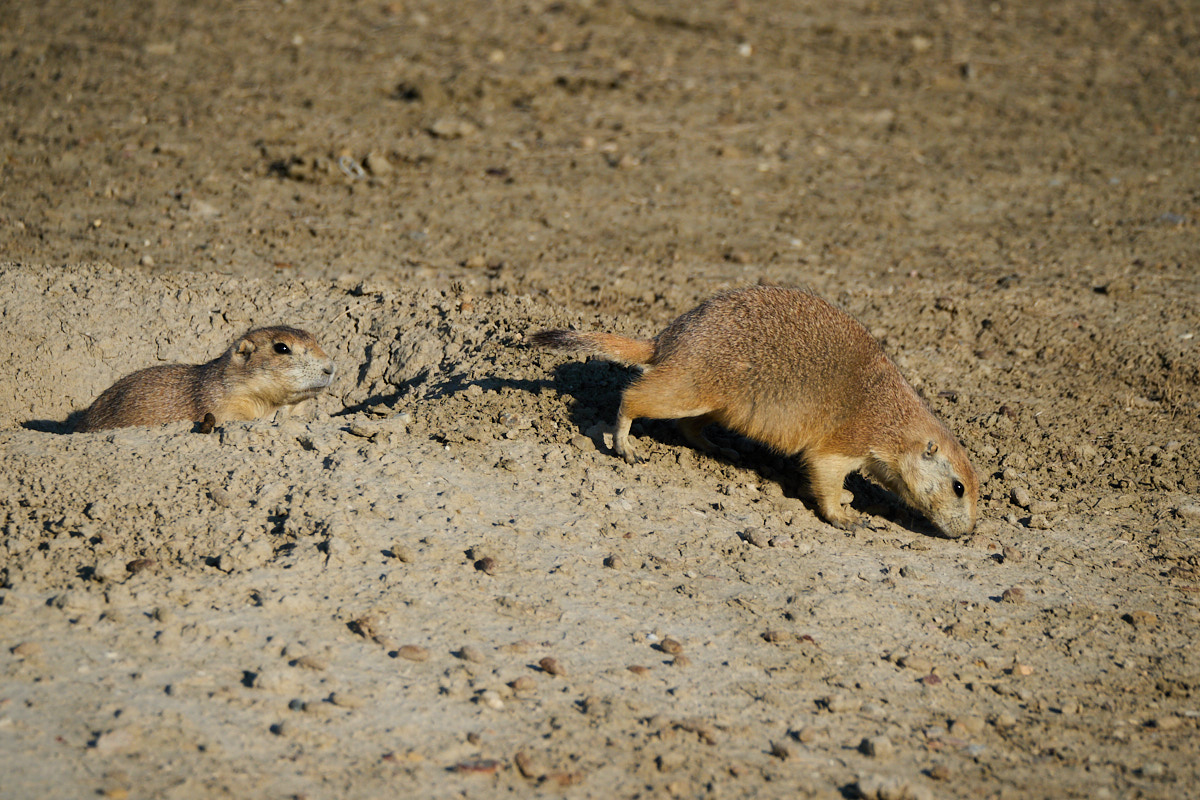 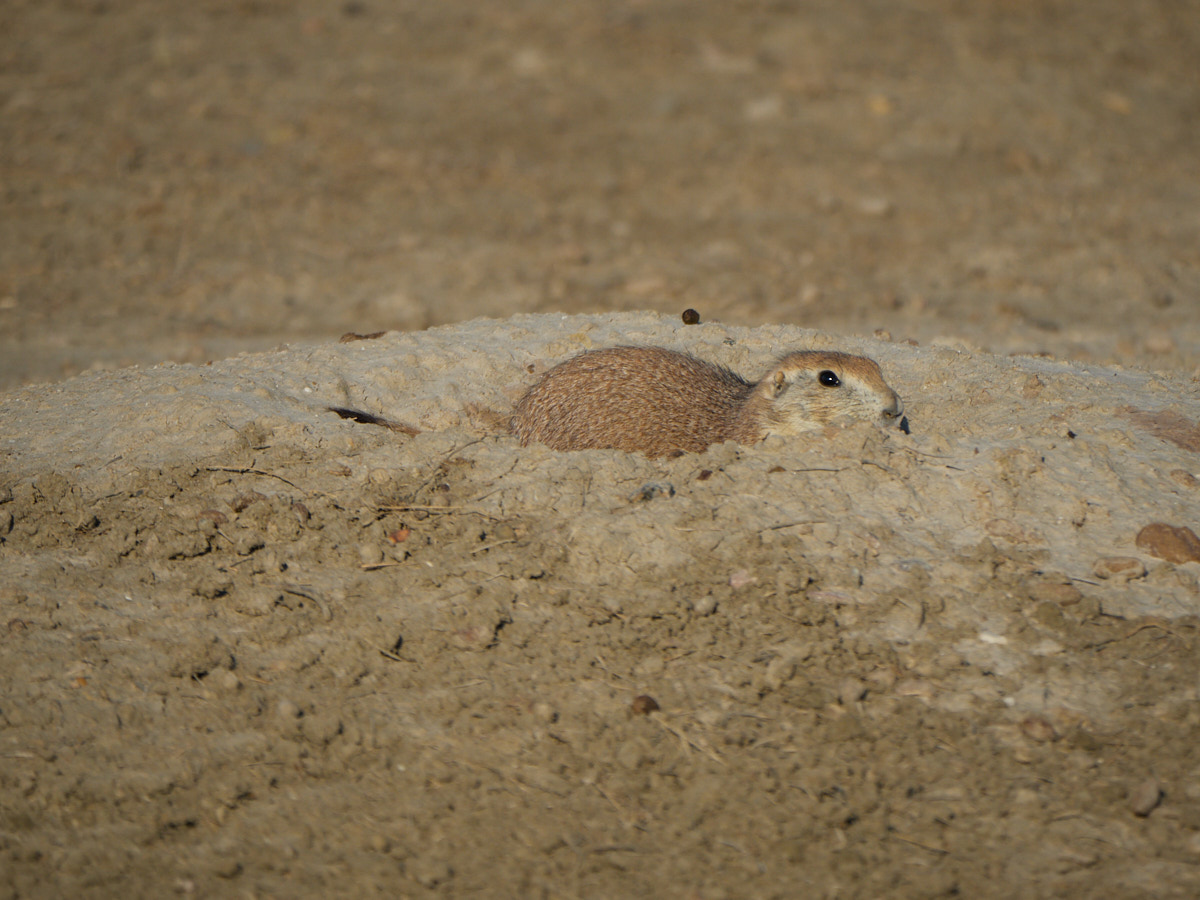 A pronghorn deer was also visible nearby. 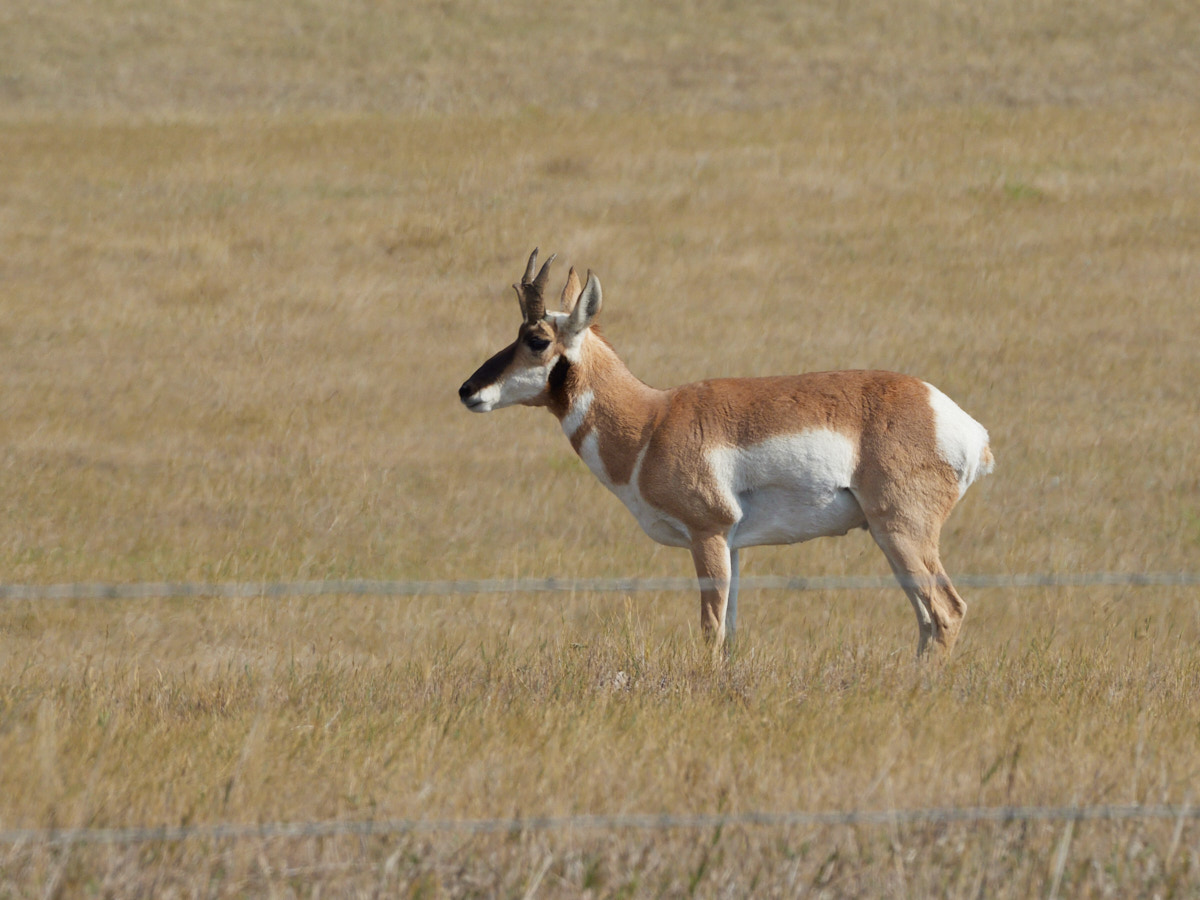 A jackrabbit was cooling off in the shade. 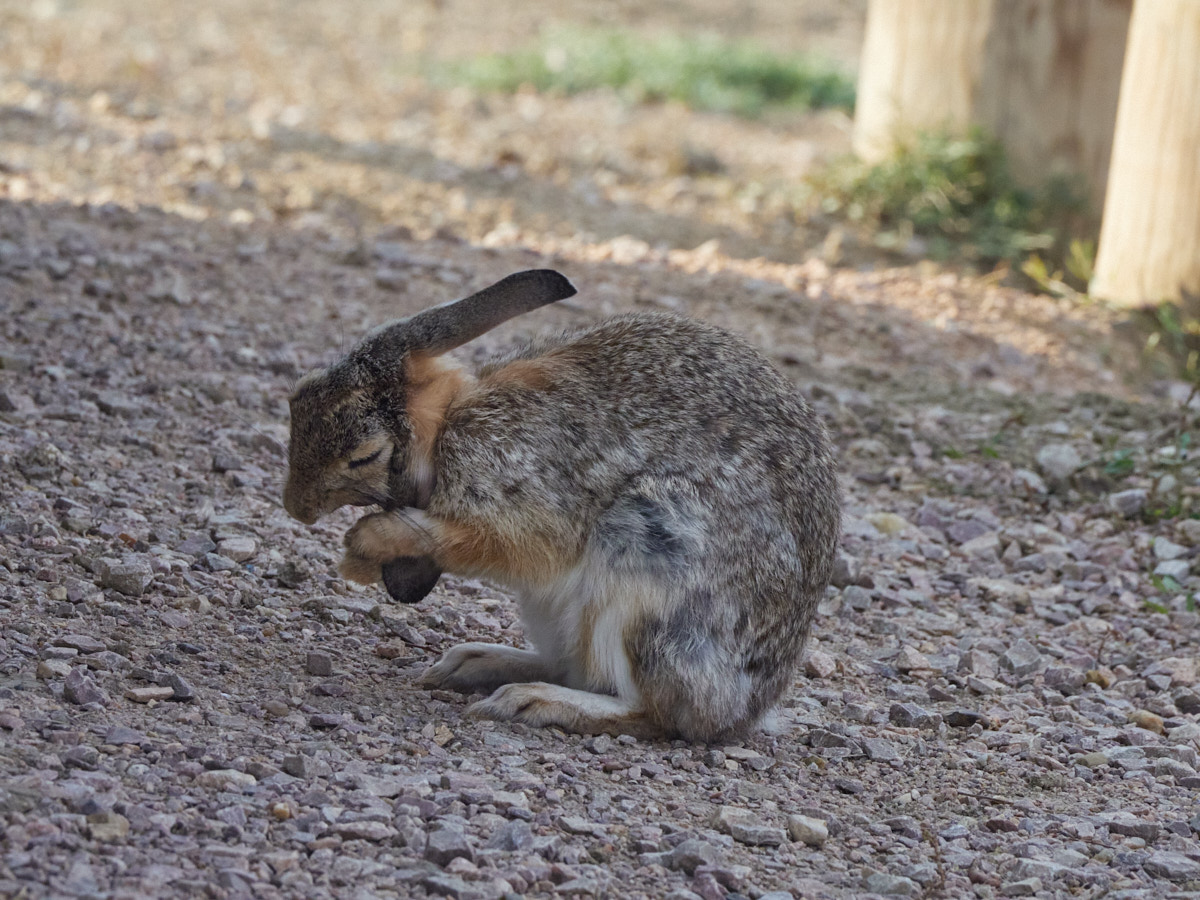 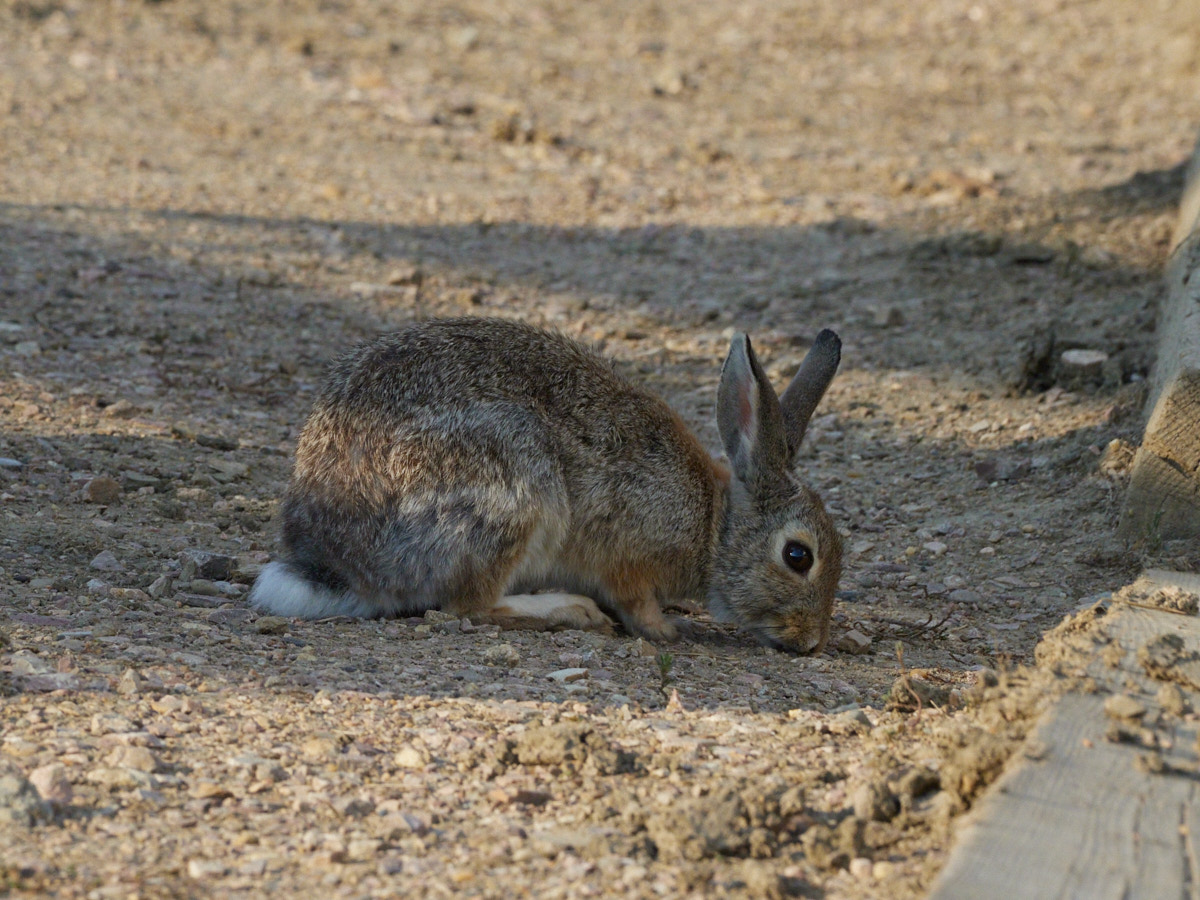 Sooner or later, I too, had cooled off. I went to bed, hearing numerous howls throughout the night.

In the morning, I went for a brief, brisk walk before I headed off. I saw quite a lot! 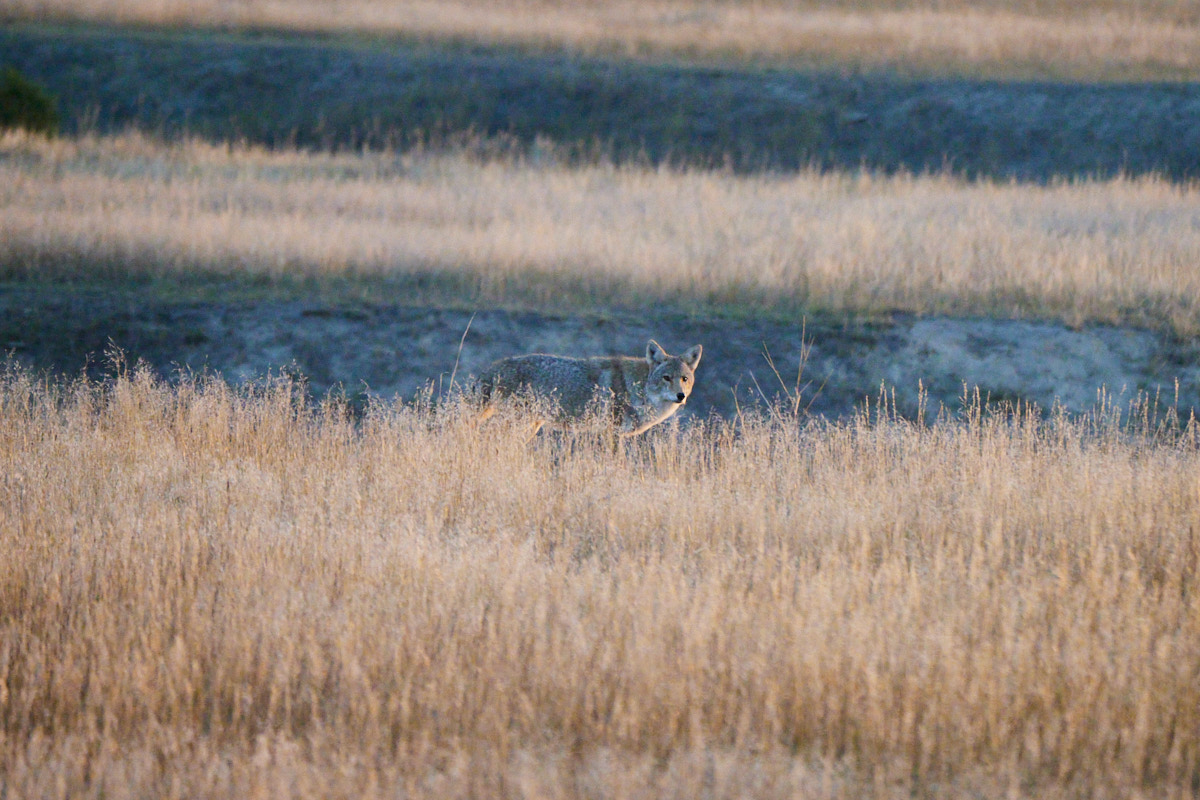 A coyote in the distance
×
× 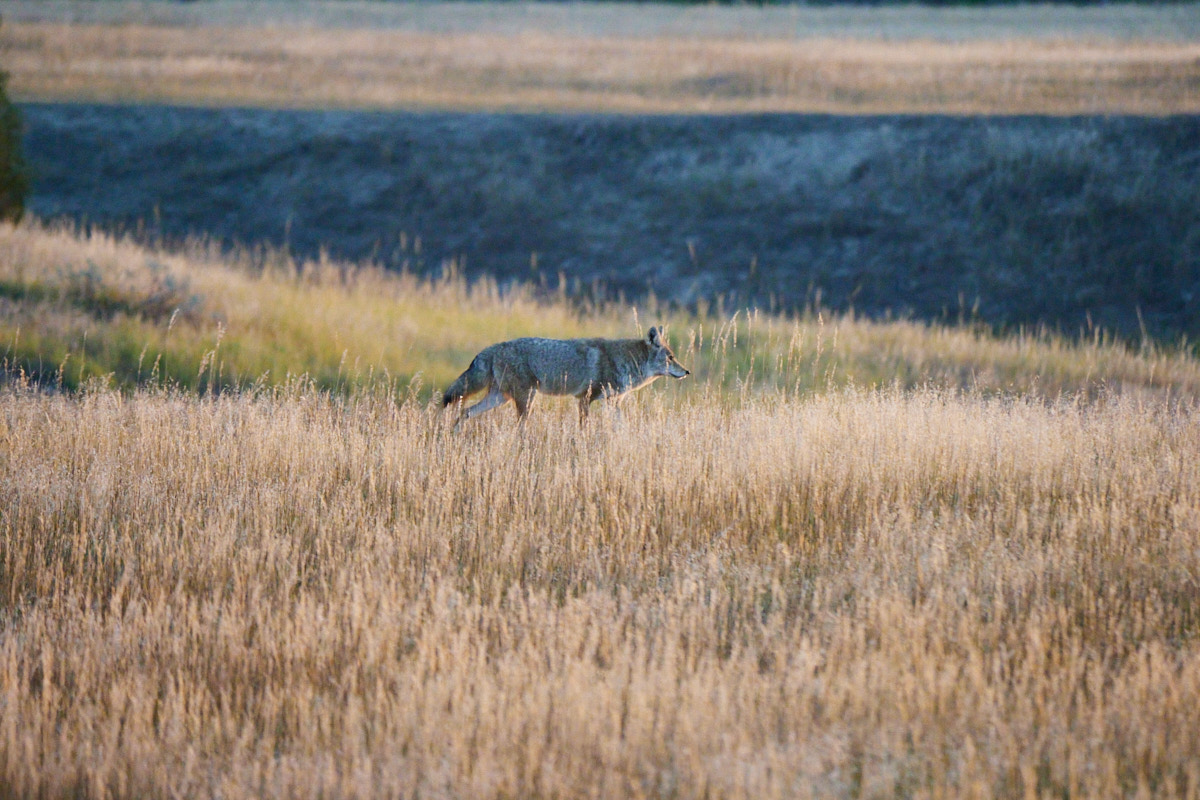 There are a number of "trails" in the Saddle Creek area, but owing to the park's open hiking policy, one is free to wander wherever they like. 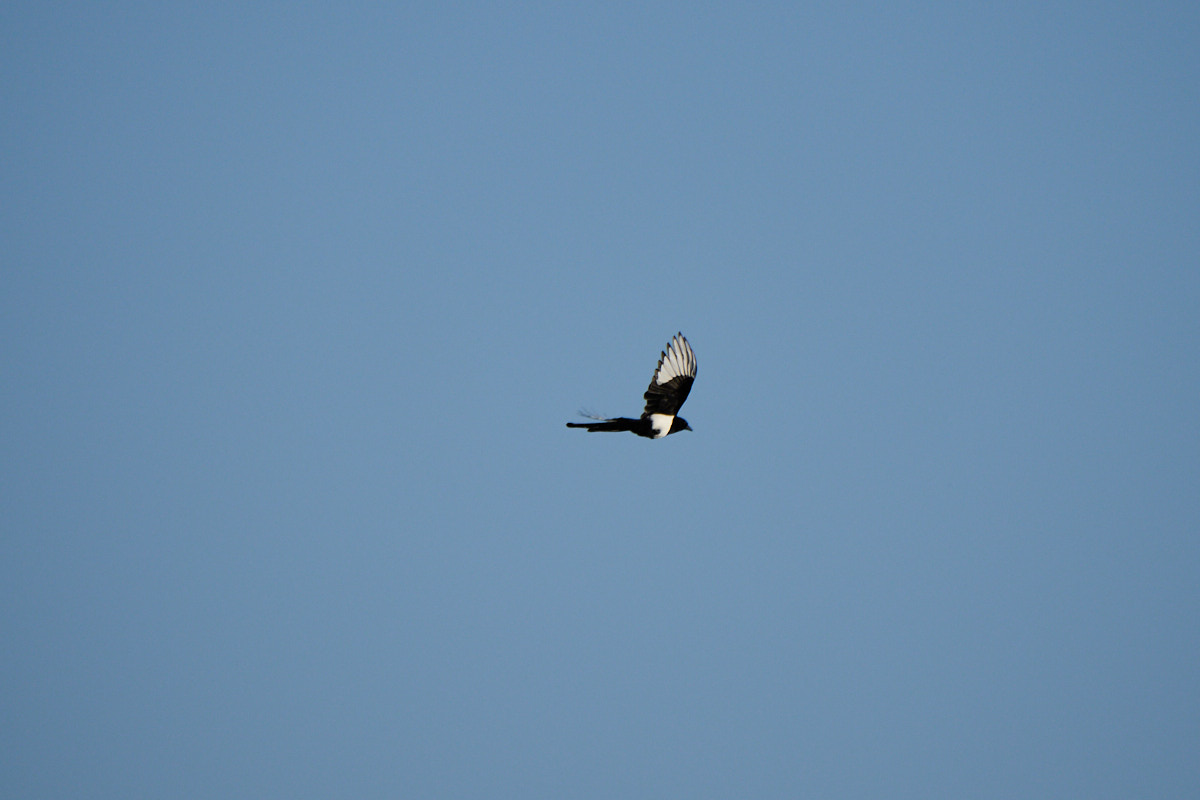 A black-billed magpie in flight
×
× 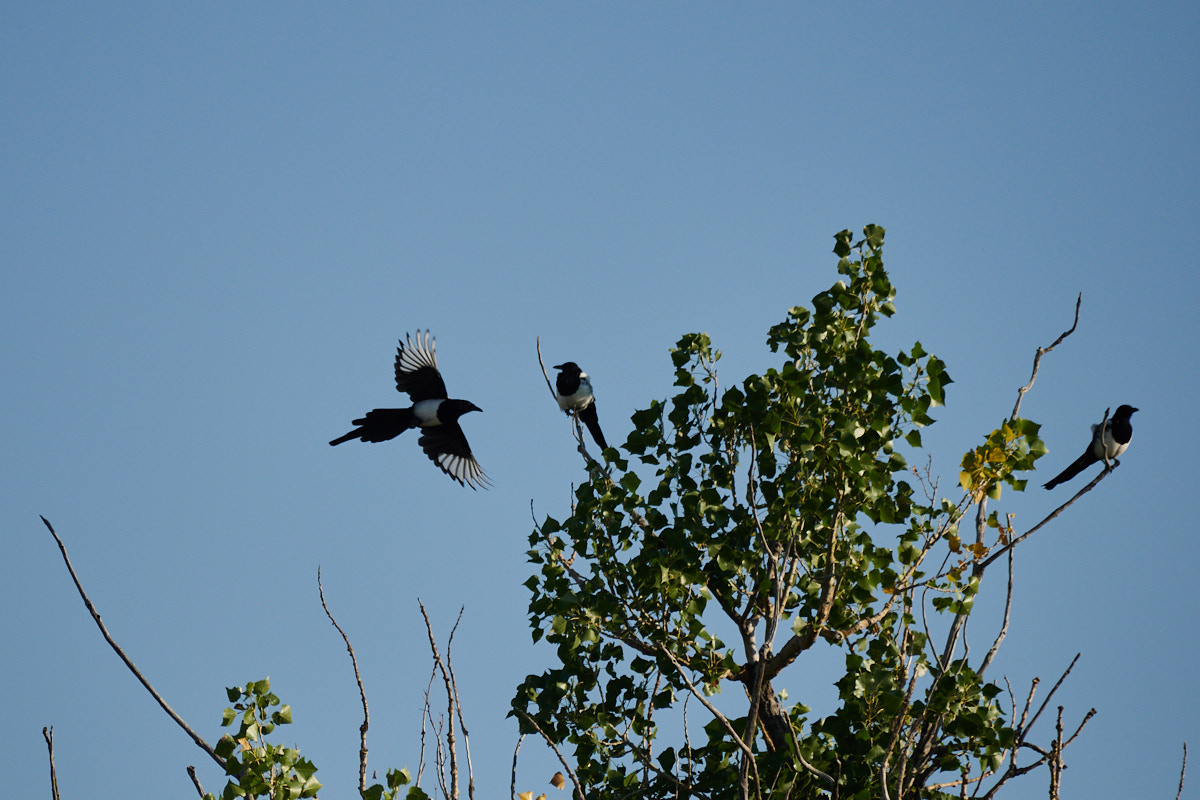 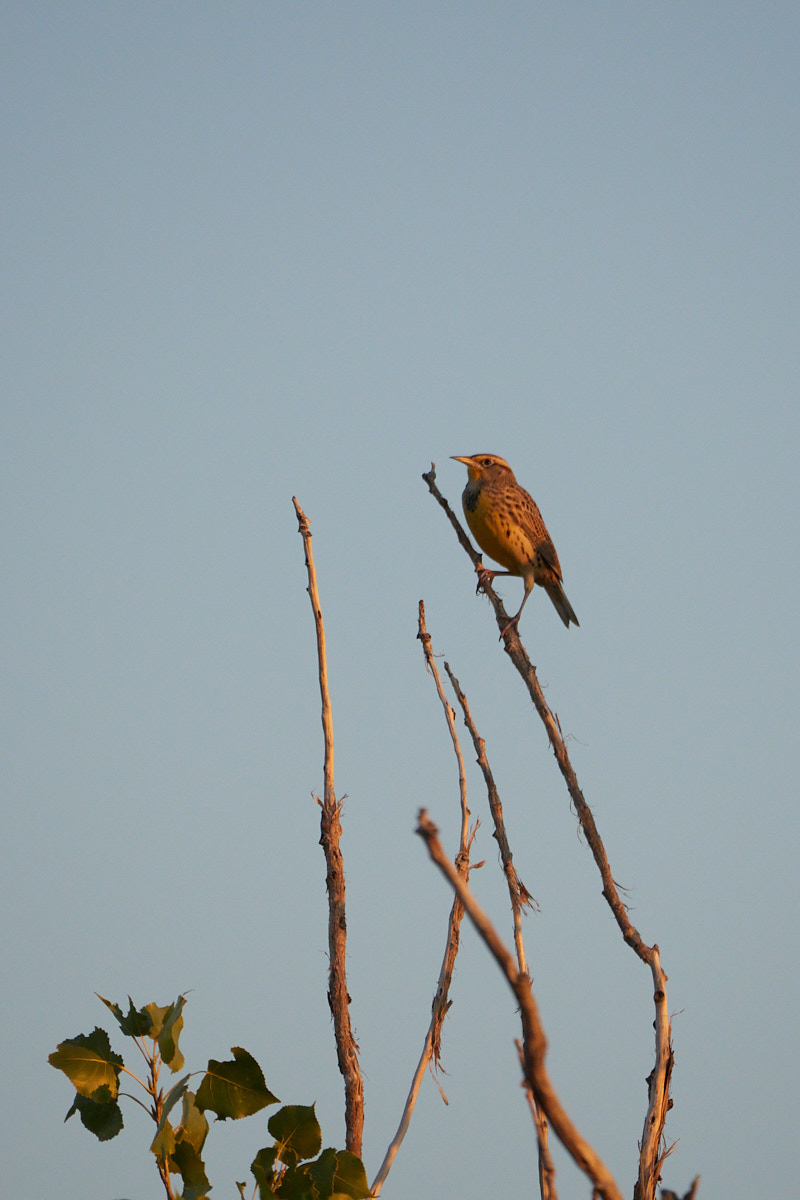 Bird identification is tricky when they're bathed with morning light...
×
× 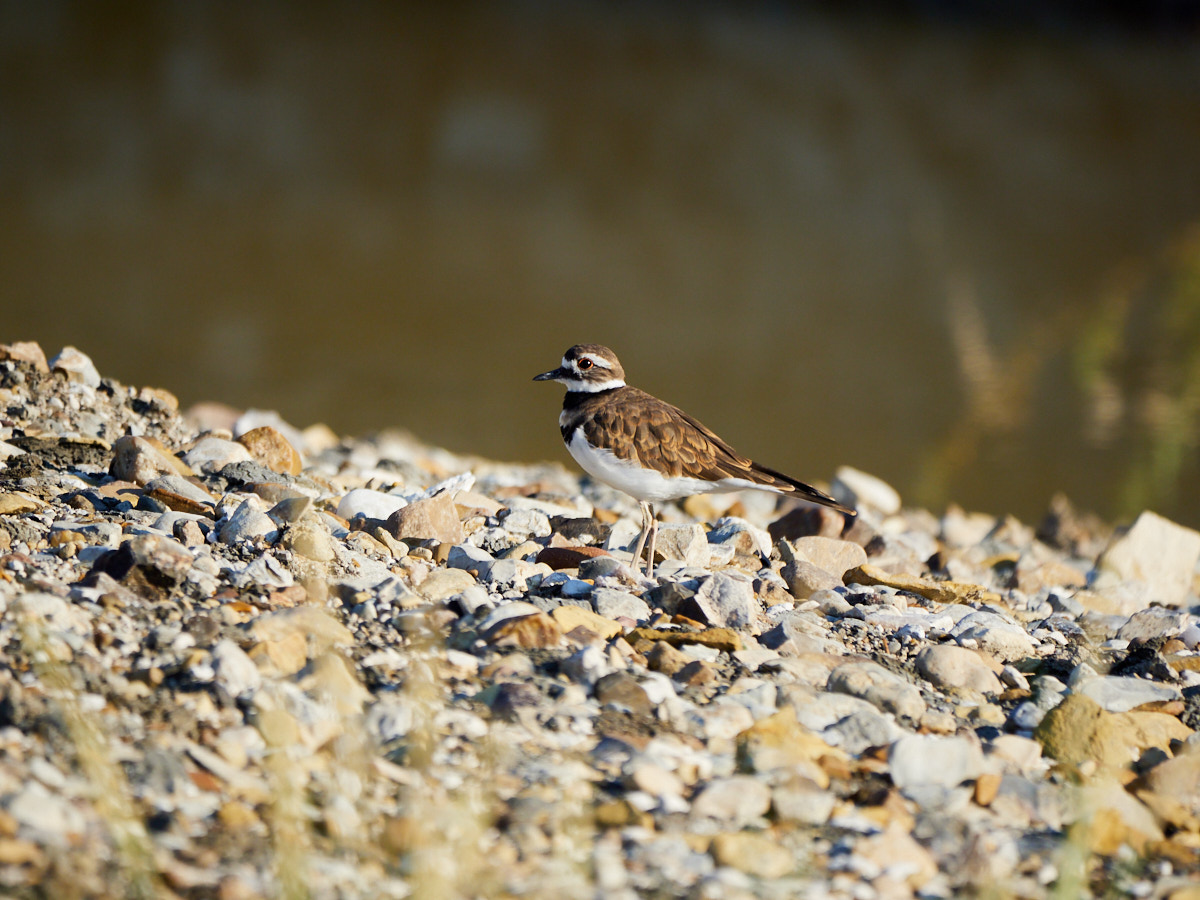 A Killdeer, hanging out by the creek.
×

But, one day at Badlands National Park was enough for me. I headed onwards.

This time, to the south!