What do you get when you take that color away?

When you leave them to shine in darkness?

In Seattle, in the winter, daylight can be scarce.

The Winter Solstice is on the 21st of December, and on that day I can expect a little under 8.5 hours of daylight. If you go south to my former homes in the Northeastern United States, or East Anatolia, and you'll get about fifty minutes more of daylight on the solstice.

I don't have much time to walk around in the sun and take photographs during the week.

But, I have plenty of time to walk around in the dark. 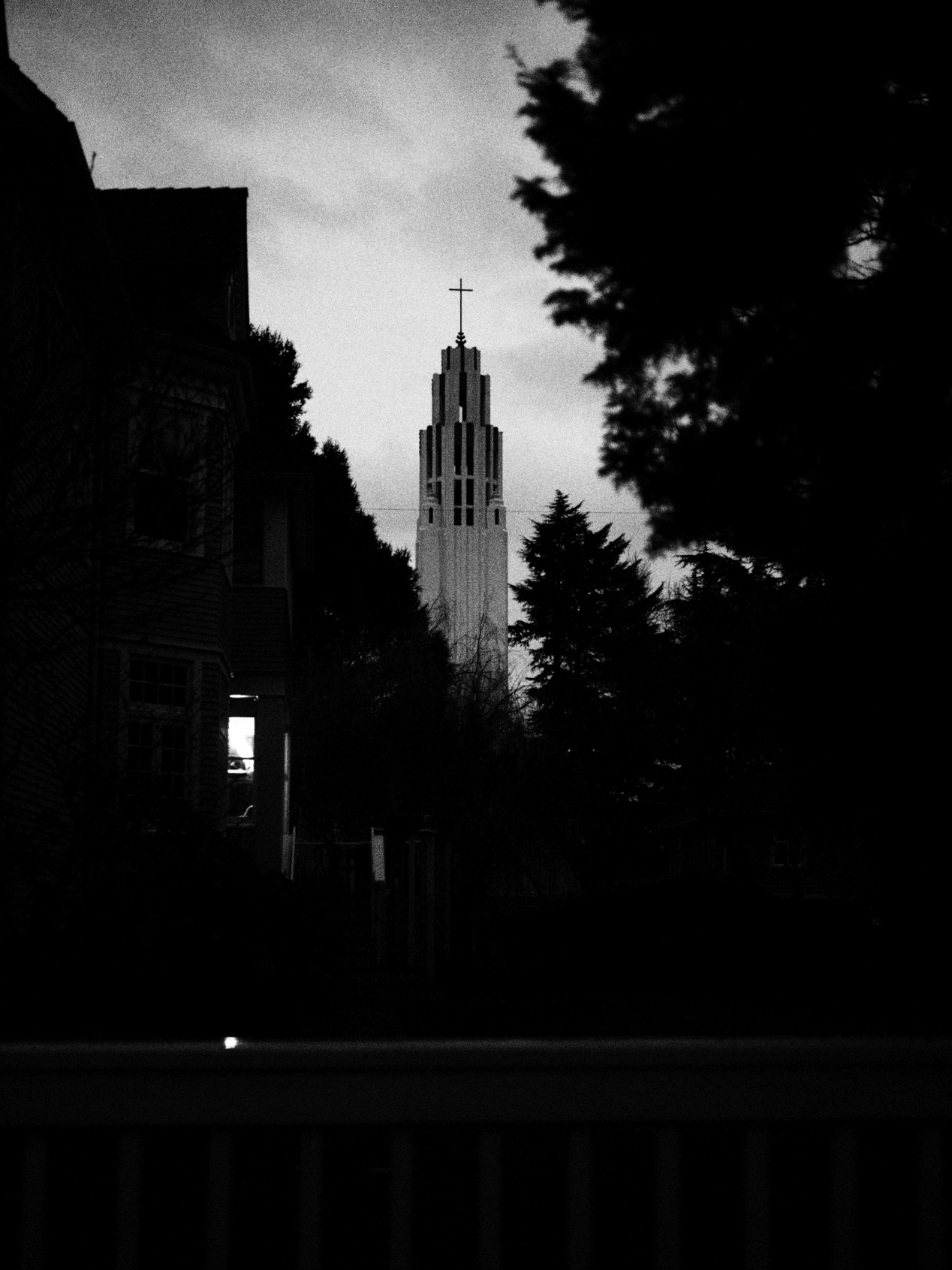 Week 50 of 52 Frames had the theme, "Black and White Minimalism."

I figured I'd rise to the occasion by finally playing around with some of the black & white / film grain simulation settings in my camera.

From there I was hooked, though my compositions were not necessarily minimalist.

Bumping the contrast, playing with the exposure, messing with my compositions, I was able to impart mood. 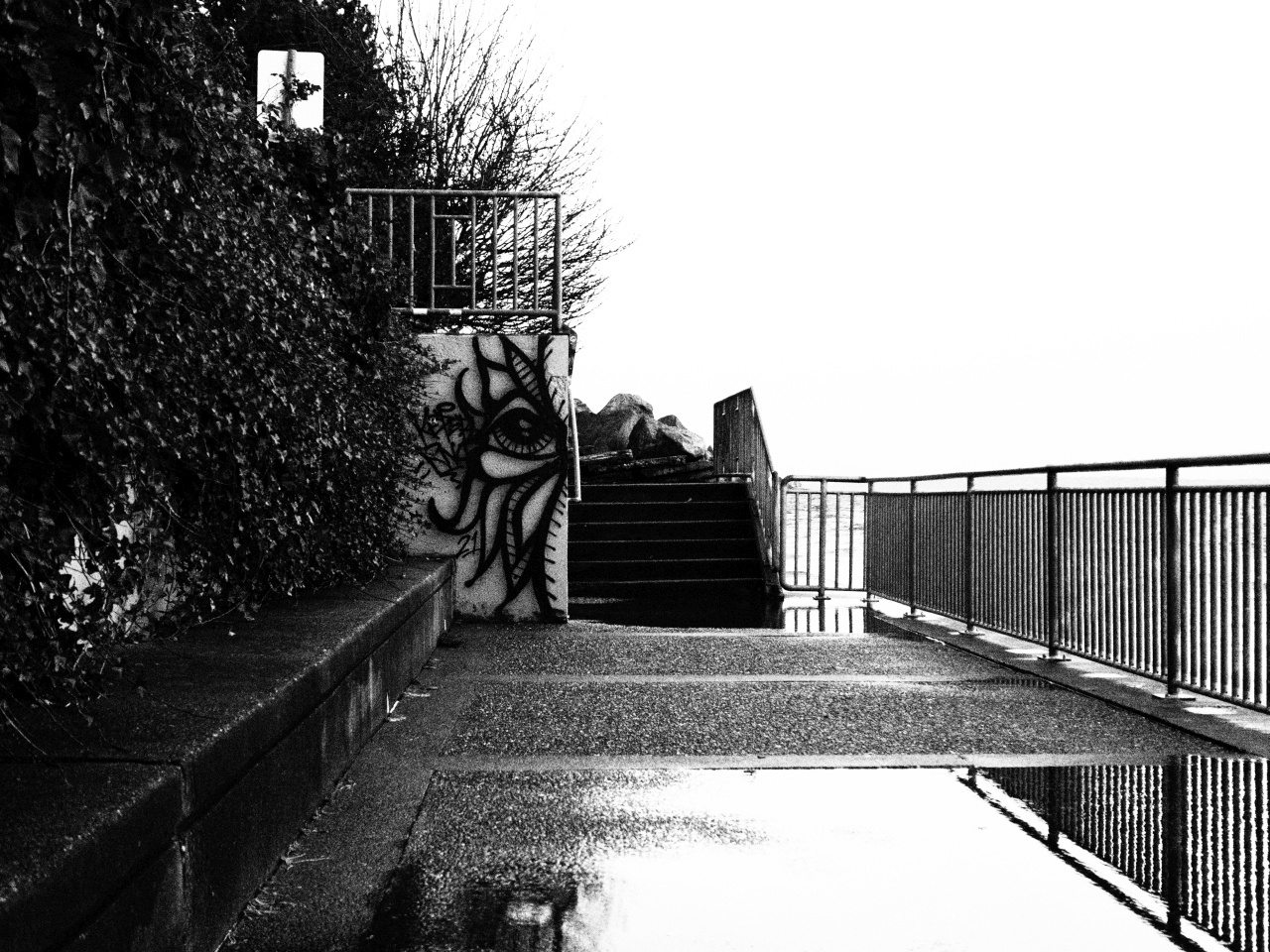 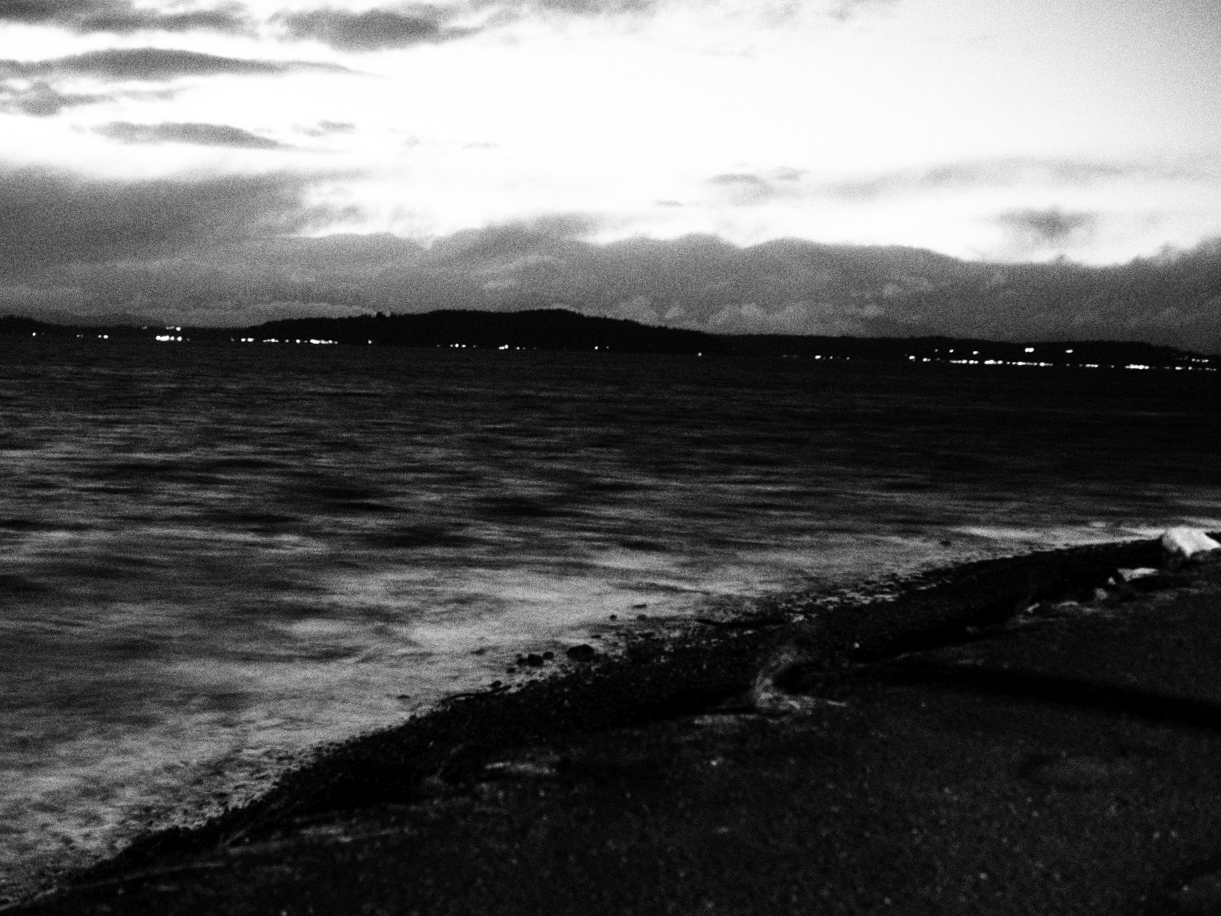 At this point, I was on a walk around west Seattle with Chelsea, visiting beaches, and culminating with a stop at a home which surely must boast one of the city's best Christmas displays. 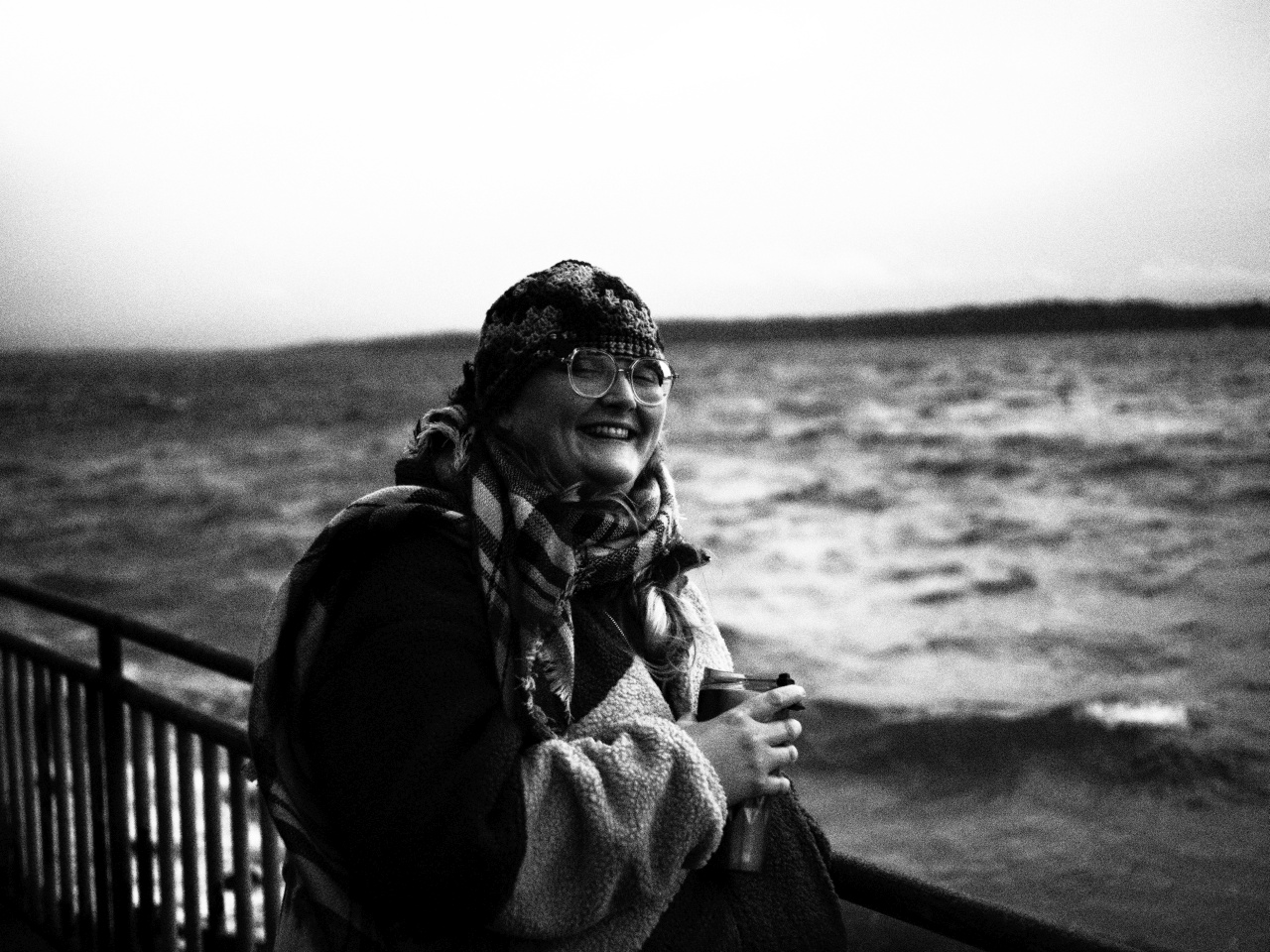 Snap an inflatable in high-contrast black and white, and the result brings out a very different emotion.

From then on, I kept meandering in monochrome. 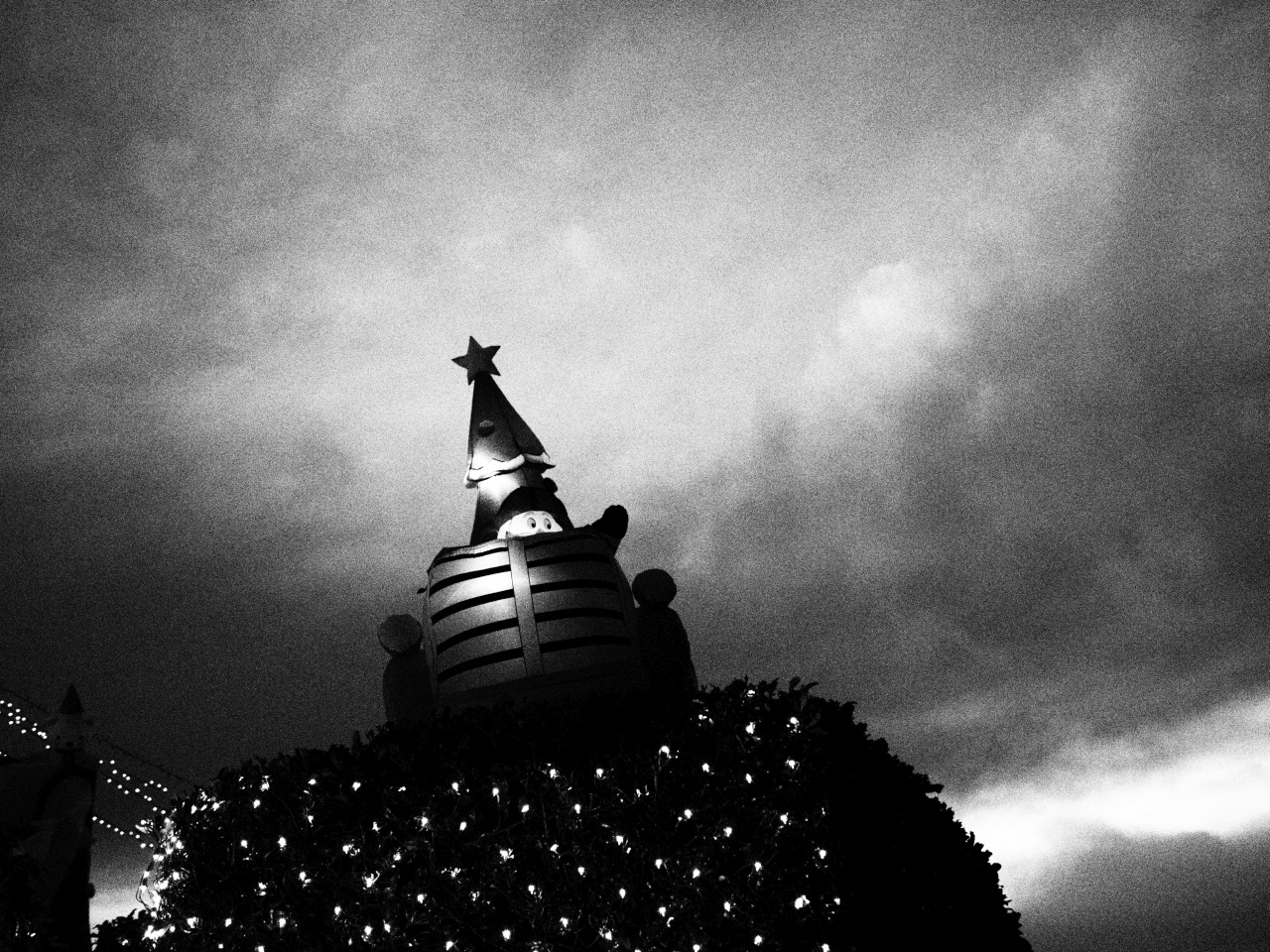 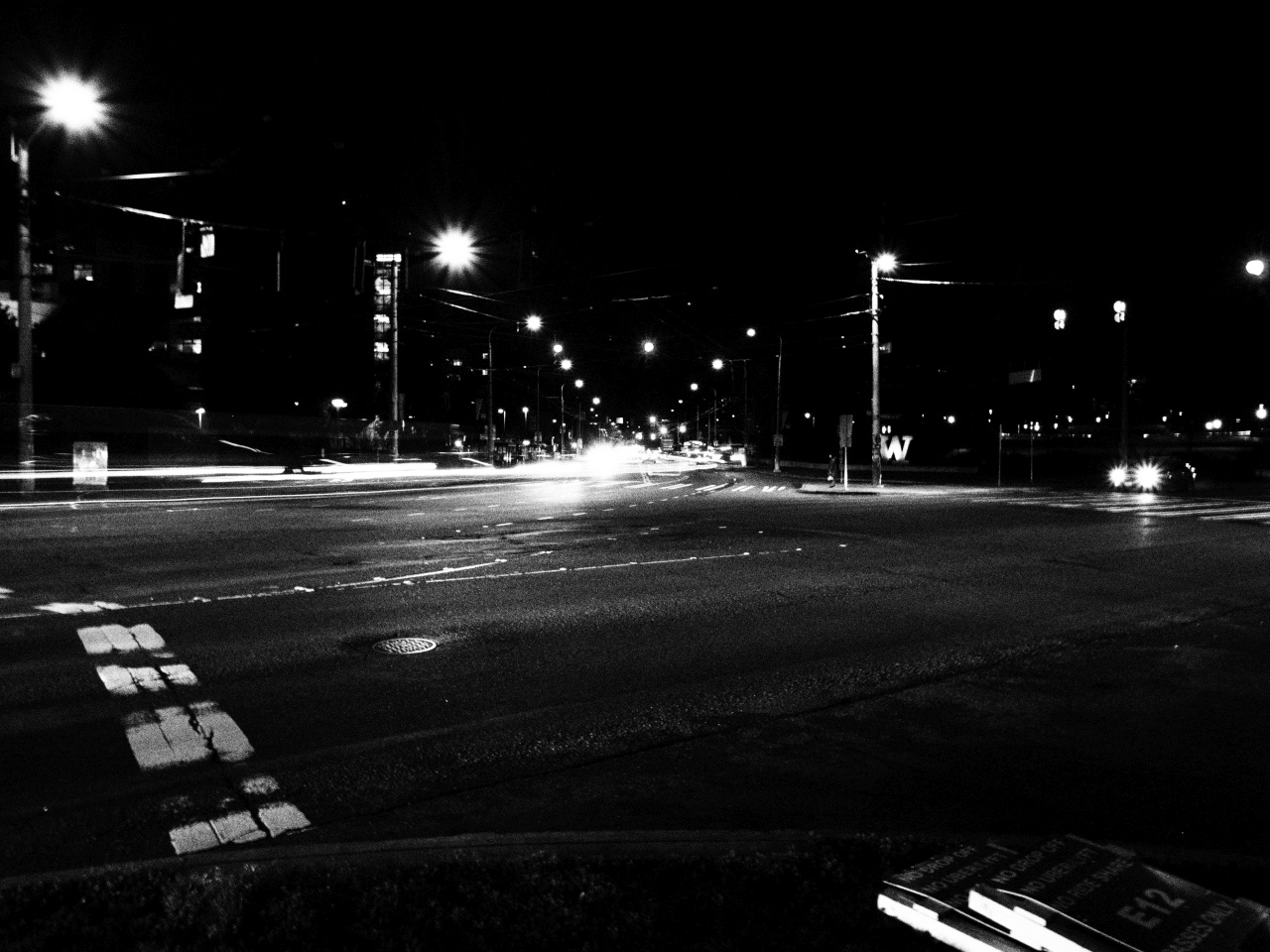 Combined with my camera's stabilization, my hands are generally steady enough for night time photography, and long exposures on the order of a couple seconds. However, this was definitely not true on the Montlake bridge.

I could feel traffic shaking the surface of the drawbridge, and any attempt to take a clear photograph of the distant night-lit cityscape reflected in the cut was destined to end in failure. My best result looks like a poorly resolved mishmash of windows super-imposed on one another.

But why focus on the ones that got away? 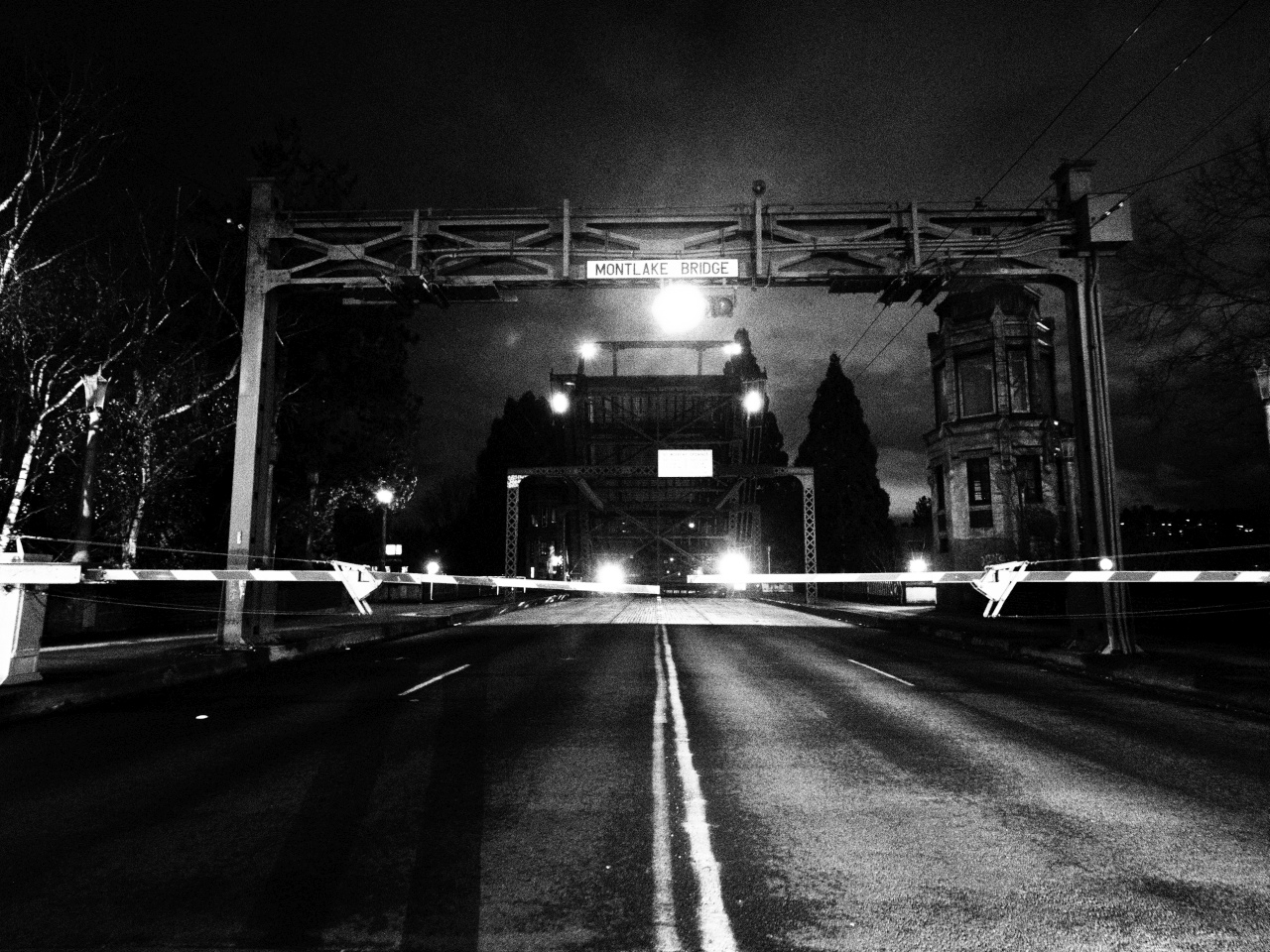 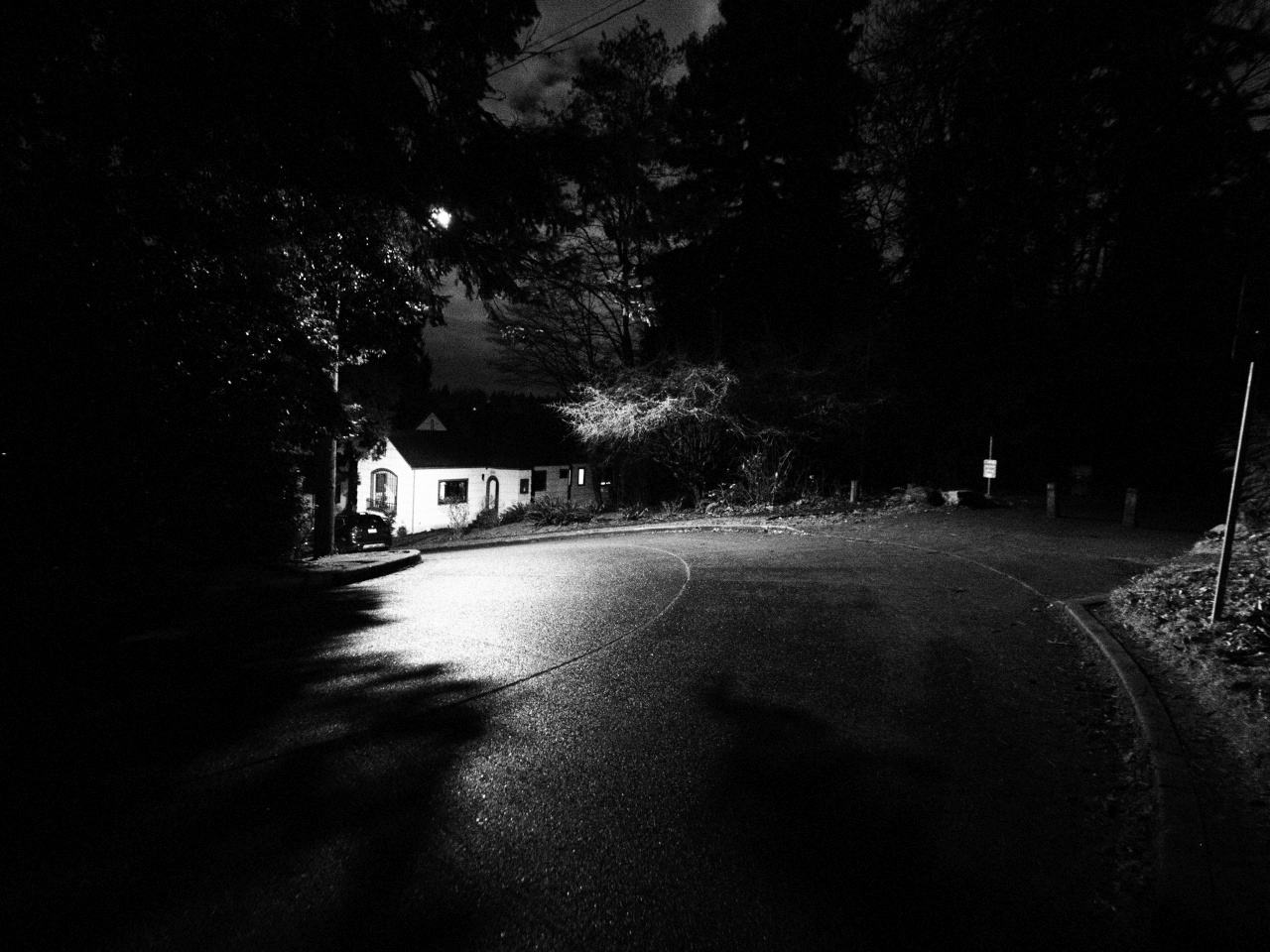 After sunset, shadows obscure a lot of the environment, especially in Seattle, which seems to be the least well-lit city I've lived in.

But, the lighting that does exist; the dark clouds and bright moon provide opportunities to see the environment in a different light.

Combine a mundane scene with a shroud of darkness with a well-positioned lamp, and you might find yourself at the sight of something beautiful. 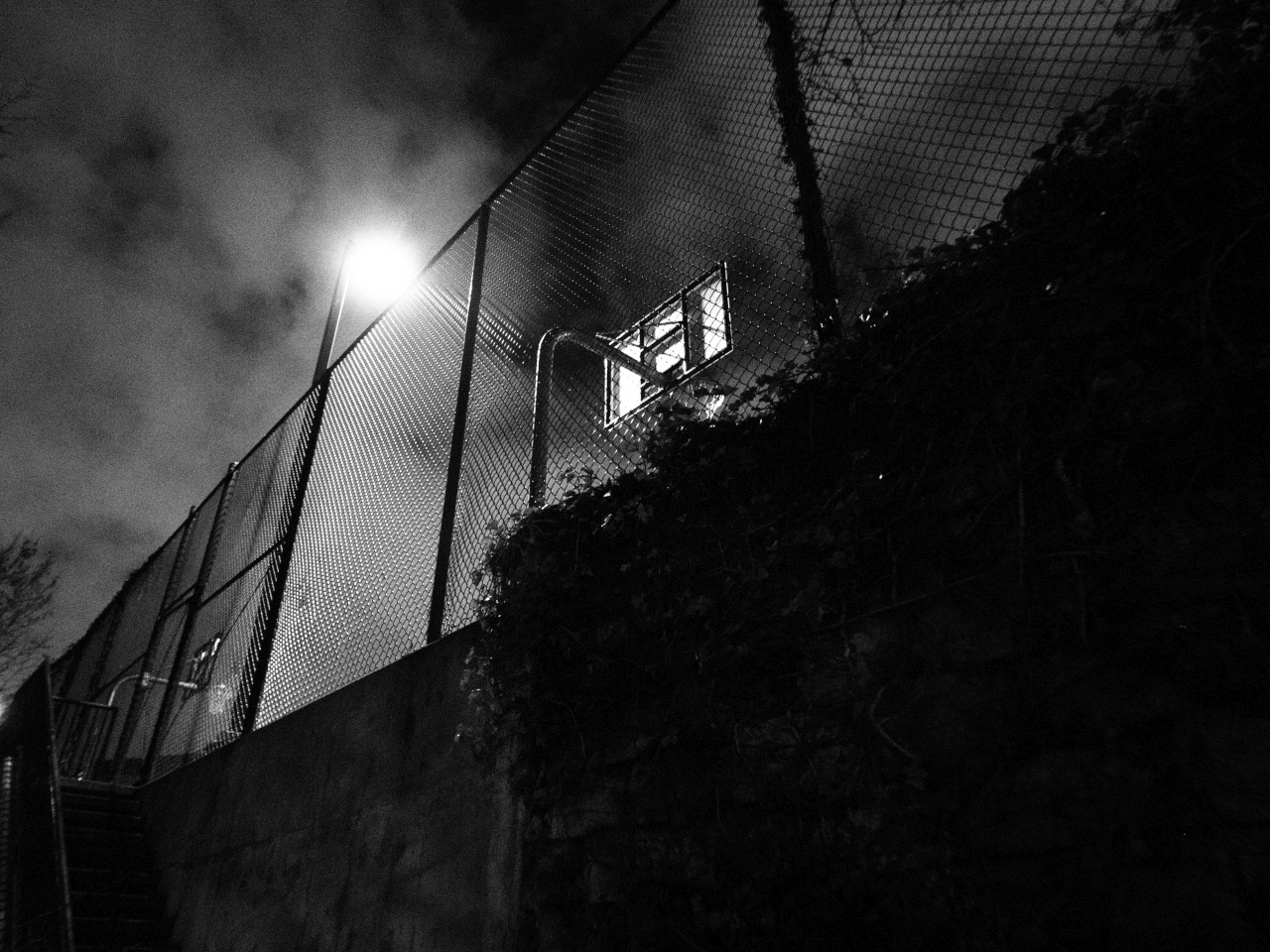 One other thing that I've been enjoying about experimenting with this high-contrast monochrome photography, of course, is that its application isn't limited to night time.

Climb the water tower at Volunteer Park, and boom: 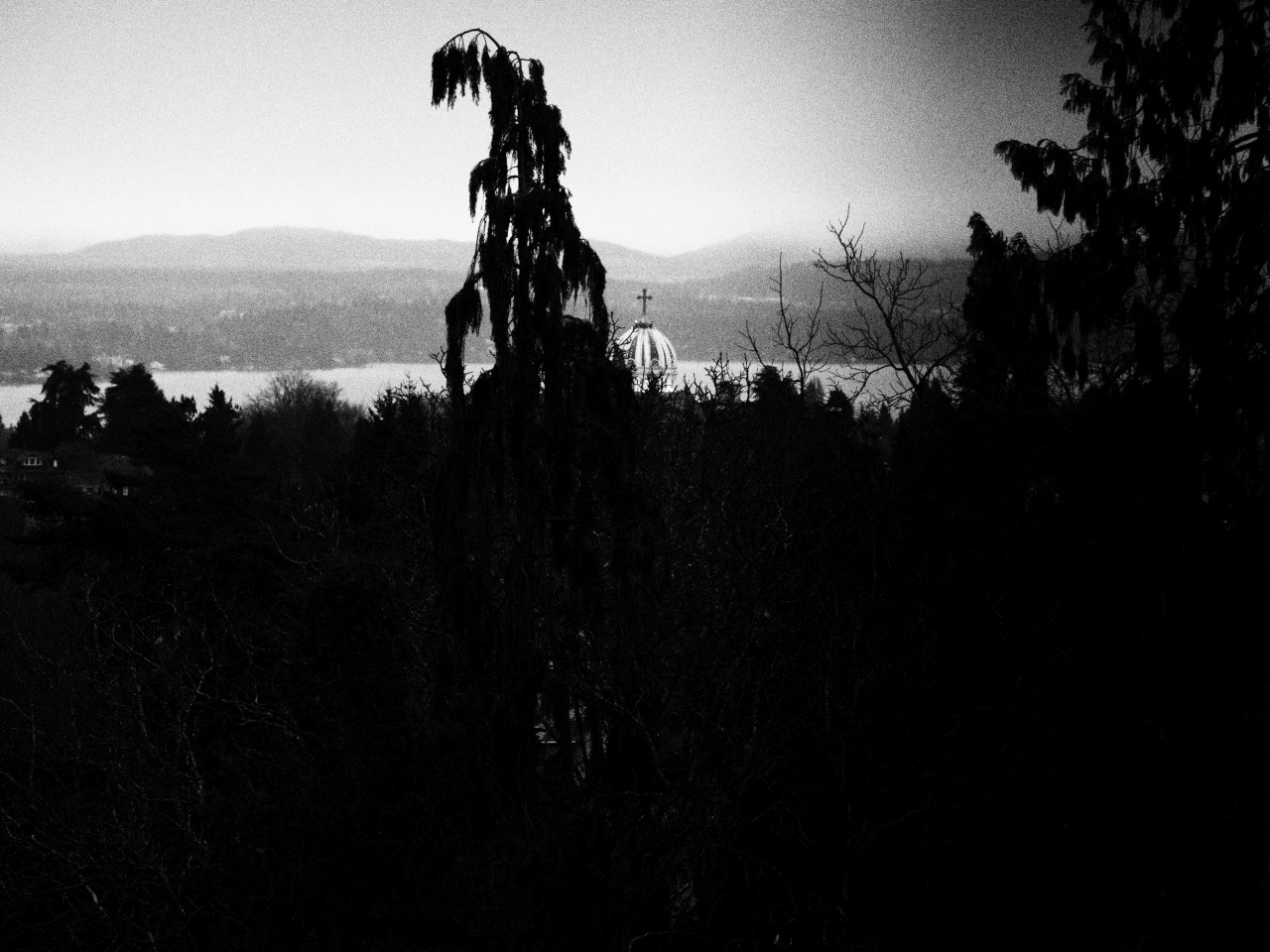 The other fun thing, of course, is that it can be hard to tell day and night apart.

These pictures of graffiti, these signs, this church -- When did I snap them? 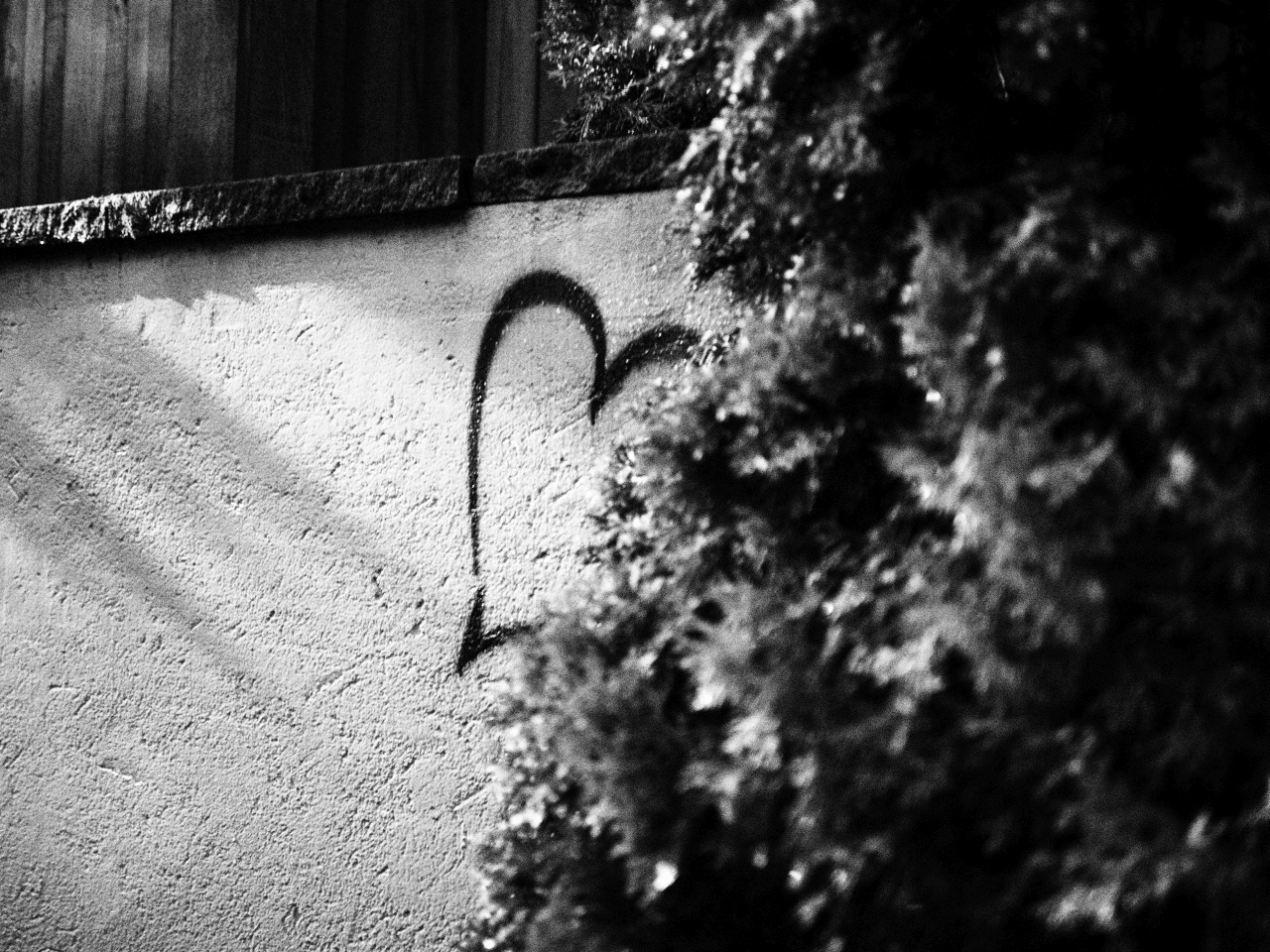 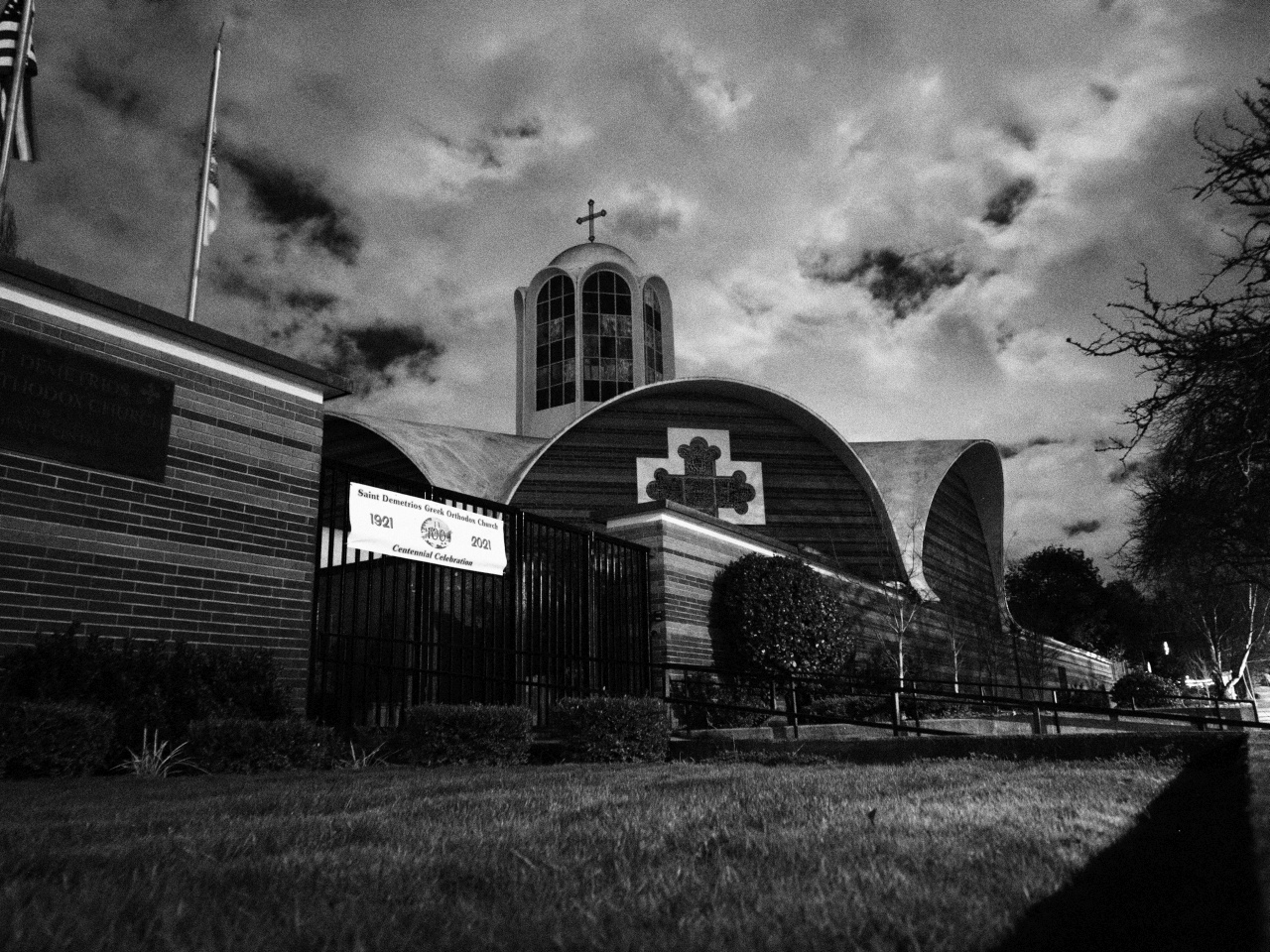 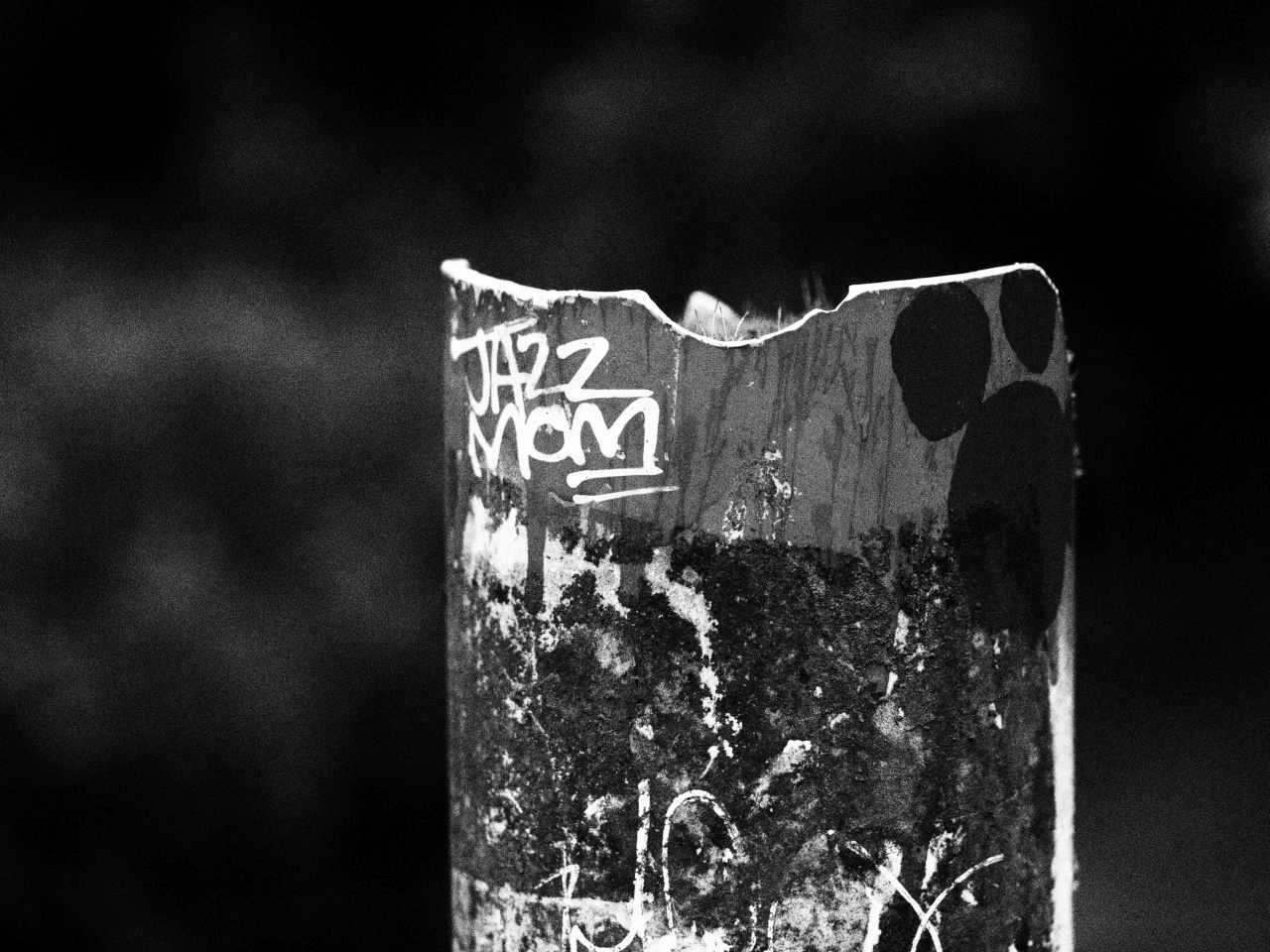 And yes, it works as well during the day as it does at night too. 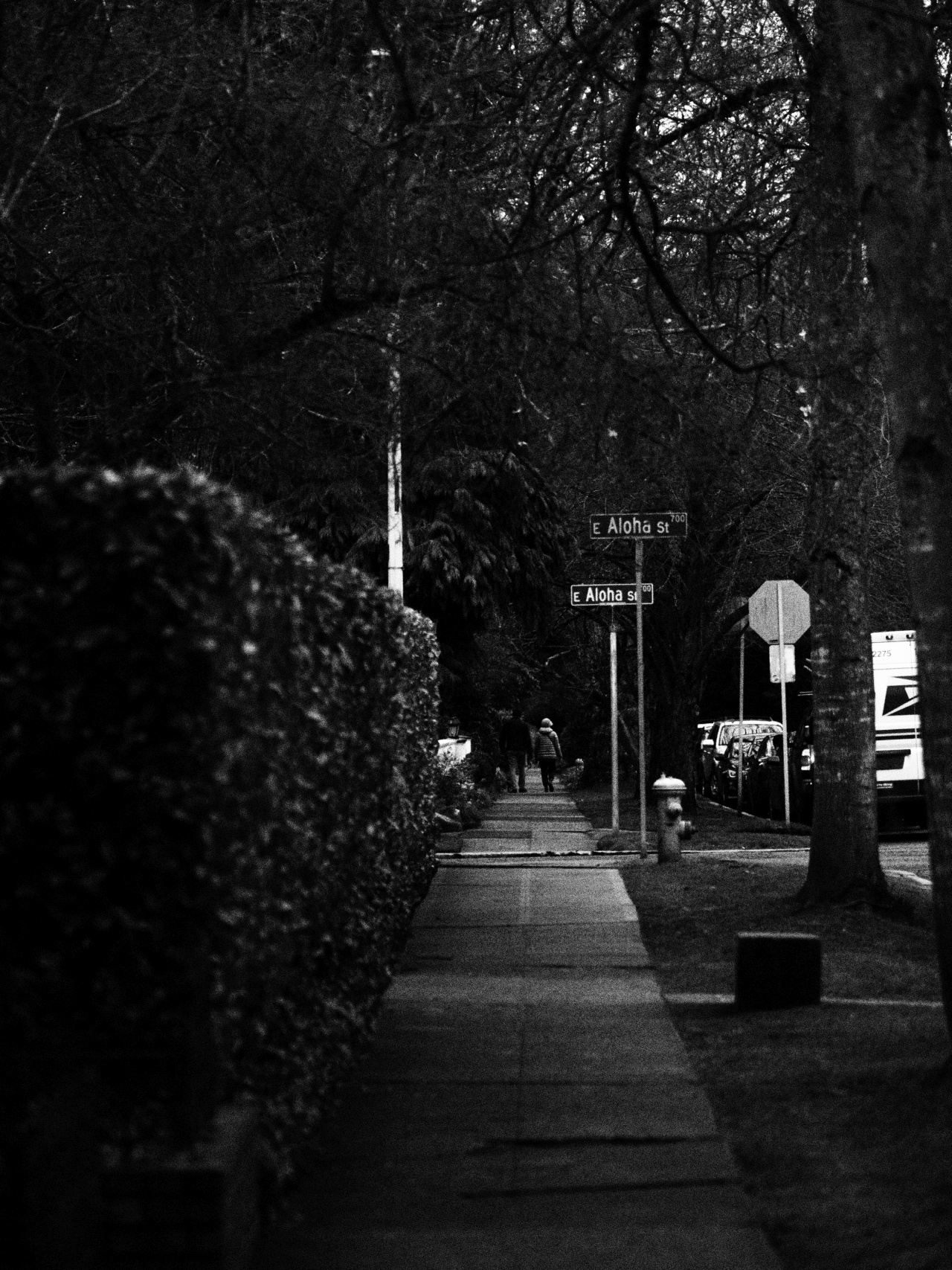 And of course, if I am walking around in twilight, the twinkling of Christmas lights add to the excitement. I do not know when I'm going to come across a display that someone has put a lot of effort into... 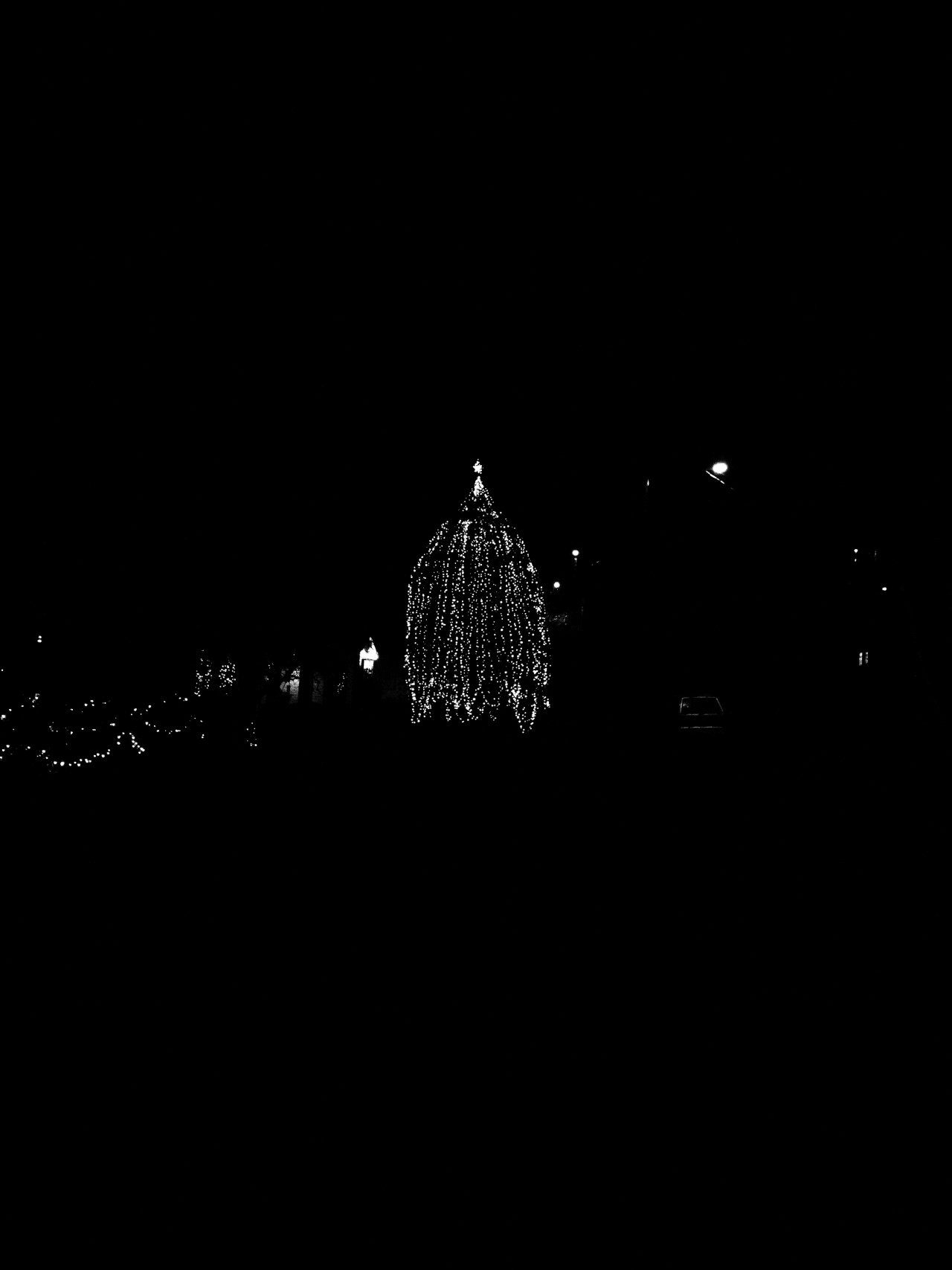 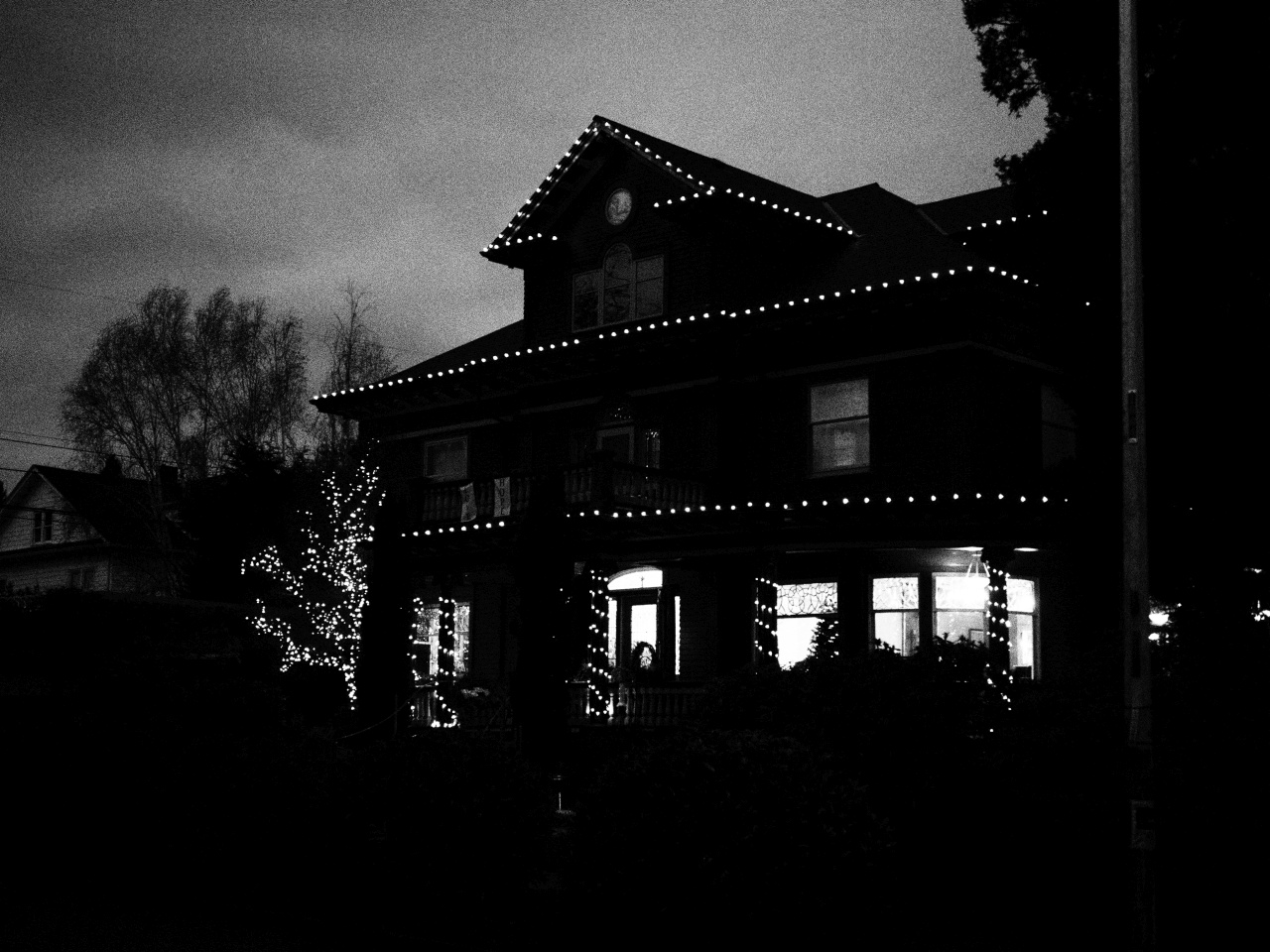 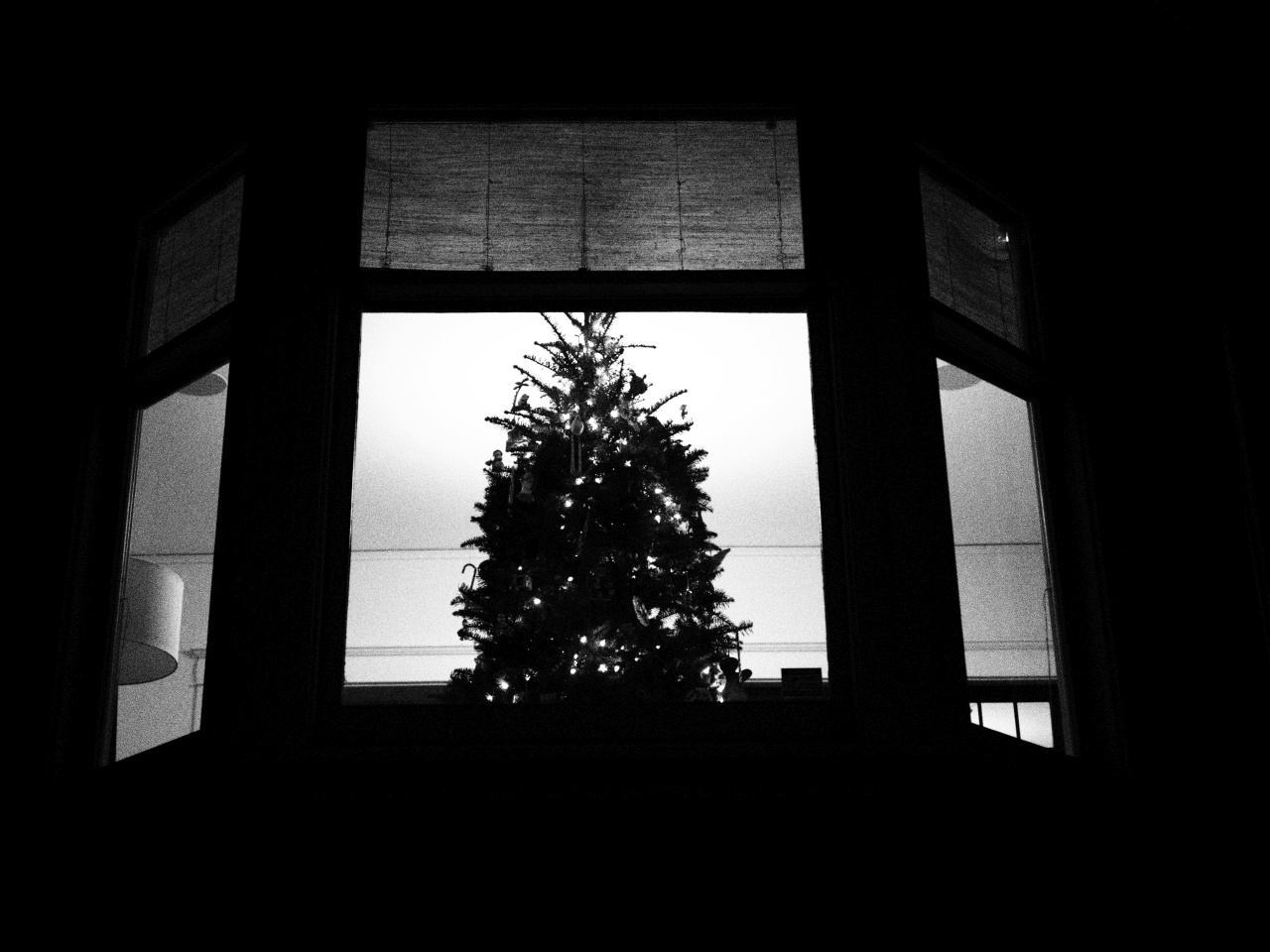 It can be all to easy to make excuses to sit inside during the winter, especially when it's dark and dreary, damp and dank...

But at the same time, shooting in black & white, playing around with camera settings, and looking at streetlamps with an artistic eye has made me want to find excuses to do the opposite.

I am excited to take advantage of the long nights.

And that's something I didn't think my light-starved psyche would ever write. 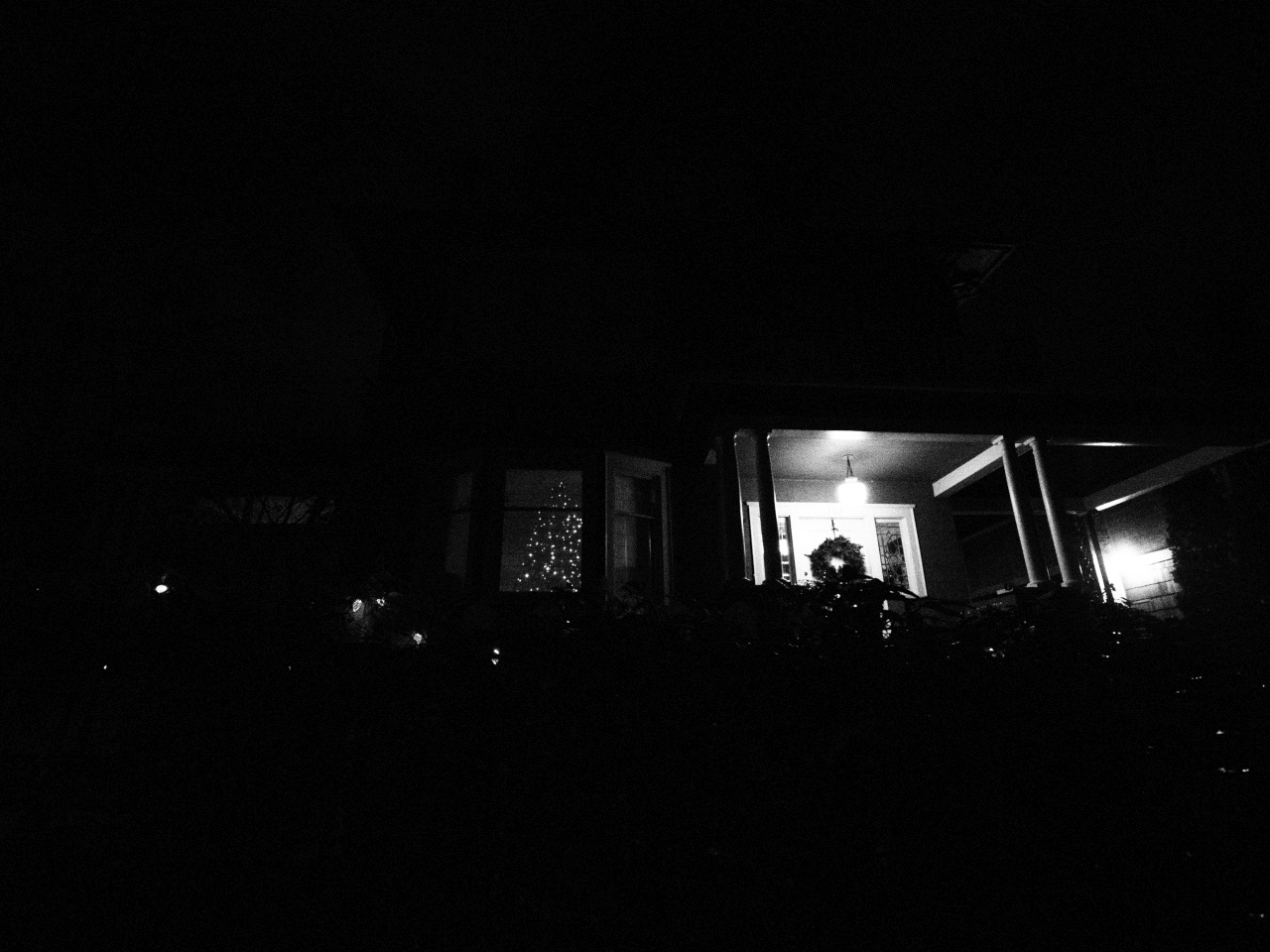 This solstice in particular is a day that brought a little more light and music into my heart; music journalist Keenan Sharpe has posted his playlist of the "year's best" Turkish music from 2021, and it is an absolute delight.

Check out the playlist on Spotify here, and notes on the songs/artists in this Twitter thread.