One of the main points of interest for me, an area that took up a vast amount of the map of Southwestern Idaho on Google Maps was the Morey Nelson Snake River Birds of Prey preservation. Obviously, a bird preserve is not a campground, but I figured that if there was a state park or something that seemed worth visiting near the bird preserve, then I would be in good shape.

I settled on the Bruneau Dunes State Park, just south of the Snake River...

The Bruneau Dunes live within a natural basin, which has trapped sand and sediment for tens of thousands of years, possibly since the Bonnevile Flood, the second largest known Ice Age flood. The dunes here are relatively stable and move less than average. Besides this, the most interesting feature is North America's tallest single-structured sand dune, which rises to 470 ft. above some small lakes.

Besides the geologic features, the park is home to a picnic area, campgrounds, a visitor's center, and an observatory (closed when I was there.) The whole area is well worth visiting and exploring!


I got to the park, and let the workers at the park entrance know I was interested in a campsite. They directed me to the visitor's center, where I was informed that all of the standard tent sites were already full (it was a Friday), but that I could camp in the horse area. I paid my fees, drove up there, set up my tent, and relaxed in the shade for a while.

Speaking of fees, the Idaho State Park System, has one of the least straight-forward fee programs I think I've ever encountered. Vehicular entry into the park without an Idaho pass cost $7, while a basic campsite is $17 per night. I imagine that these numbers started out as something with a more reasonable interval, say $5/$15, but imagine needing to pay both fees separately in exact change. You would need, at the least, four one dollar bills.


After a brief rest, I headed over to Dunes Lake, refilling my water bottles from the picnic area.

I walked around a bit, taking pictures of birds. There were plenty of waterfowl in the area: geese, coots, and mallards. So, naturally I was focused on the killdeer... 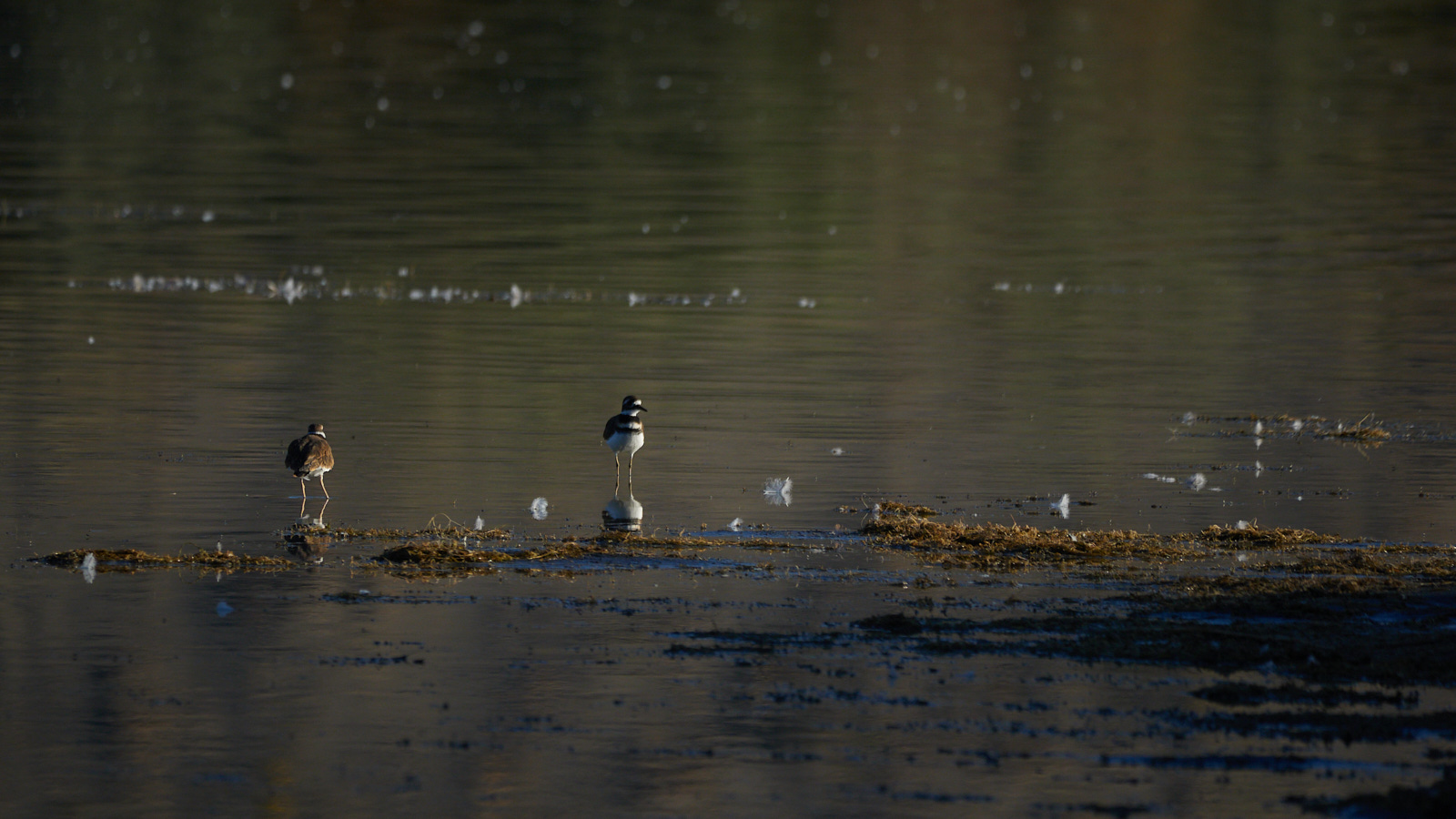 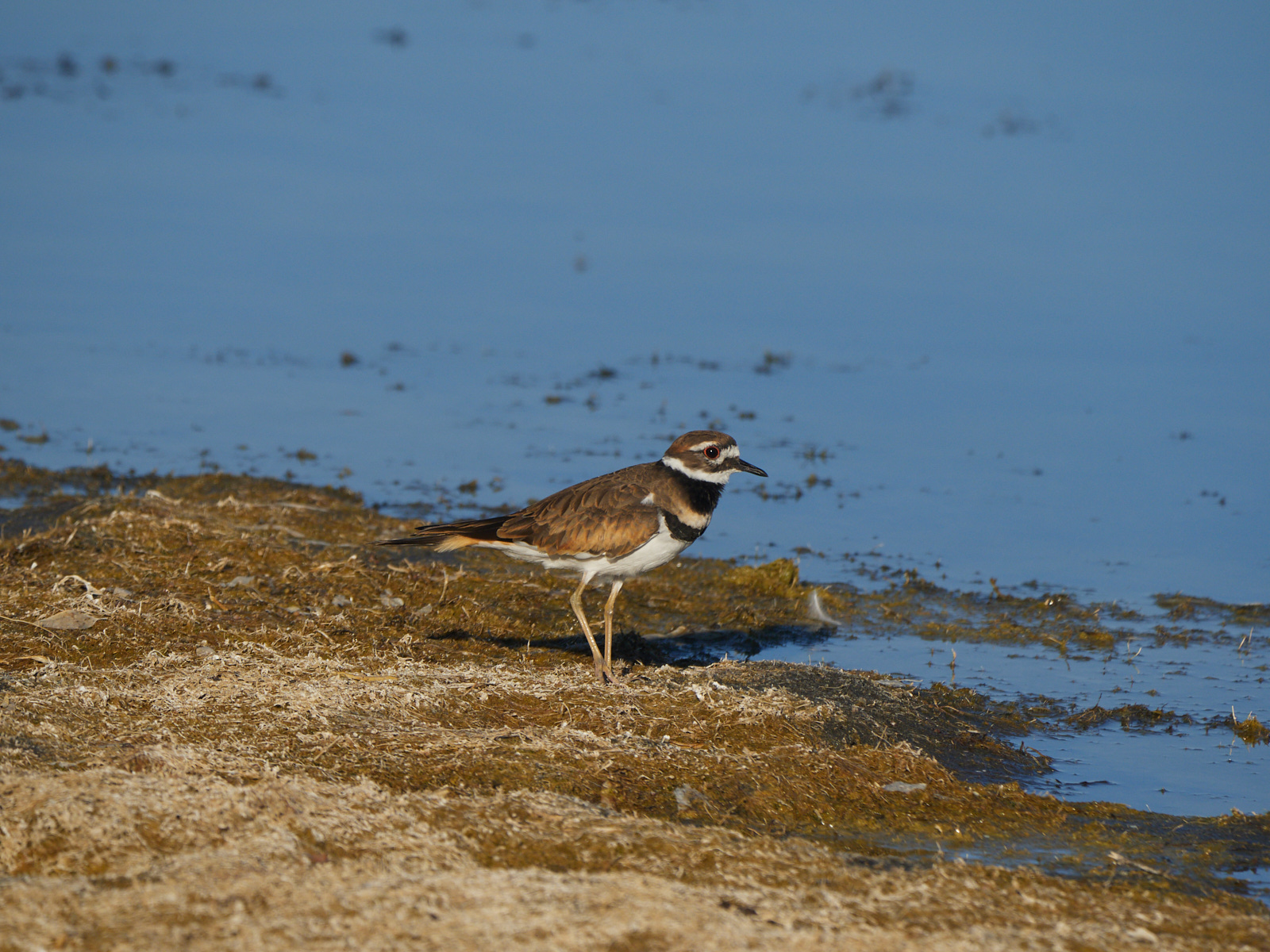 ... and the sparrows frequenting the area. 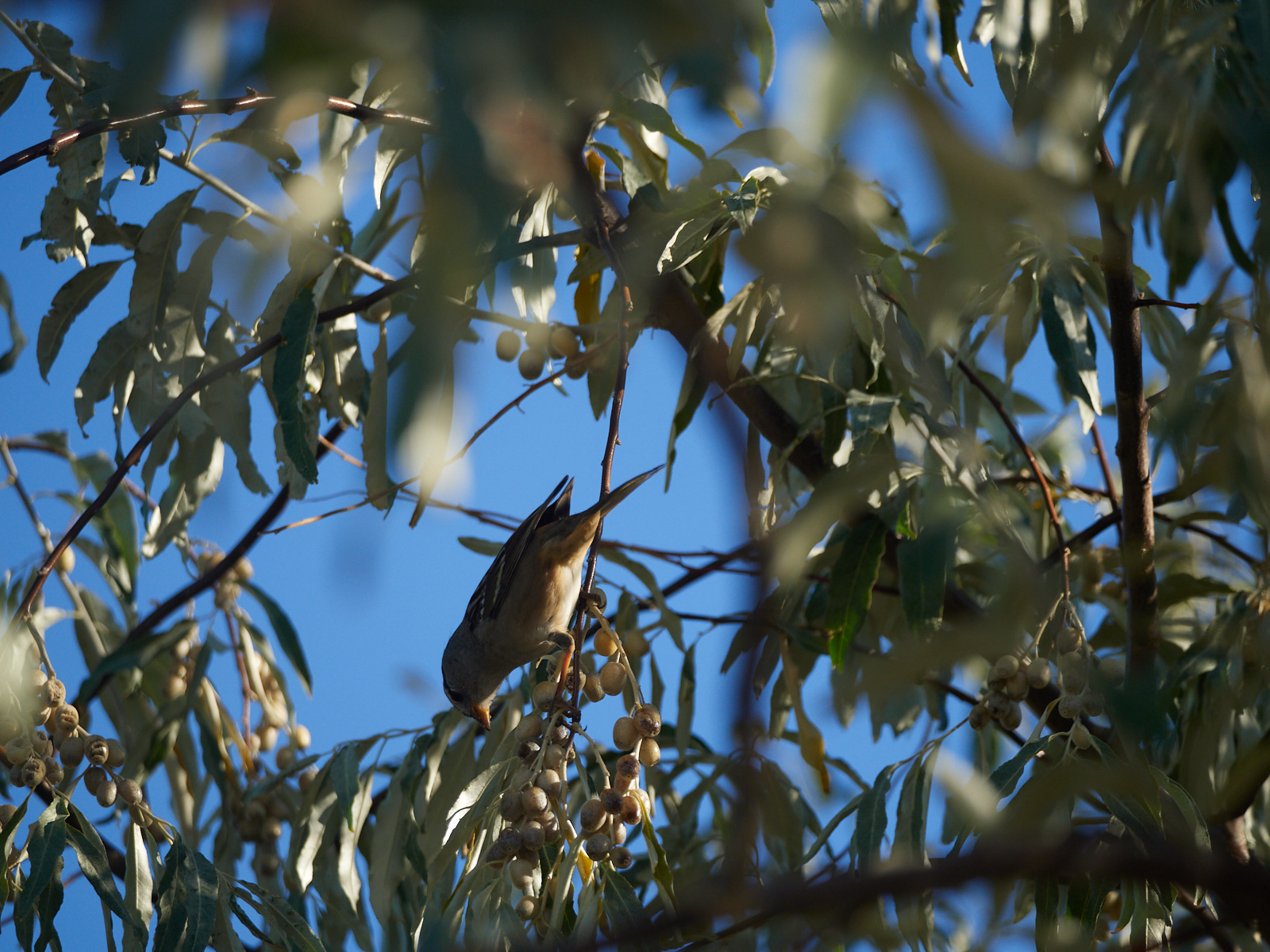 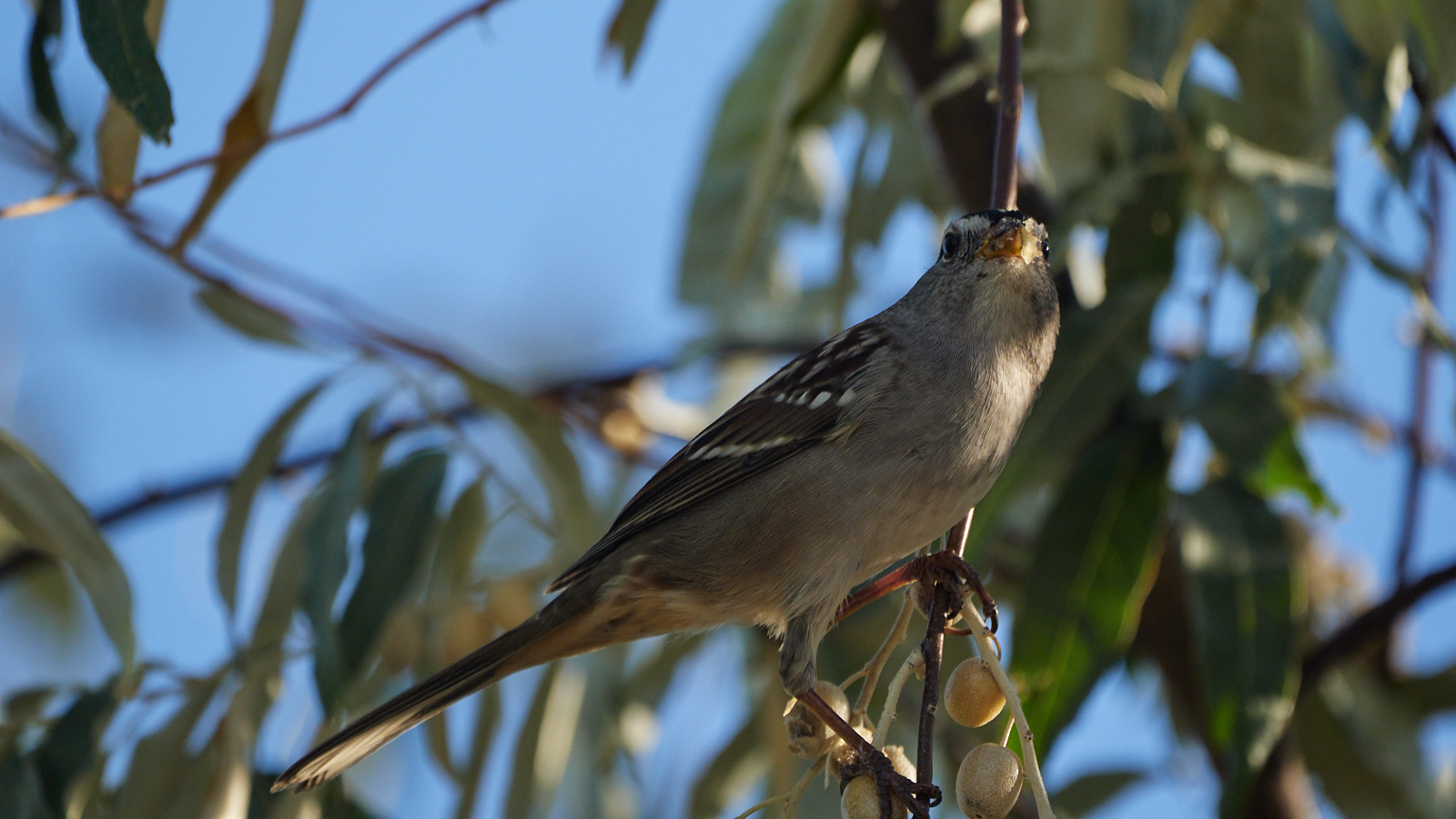 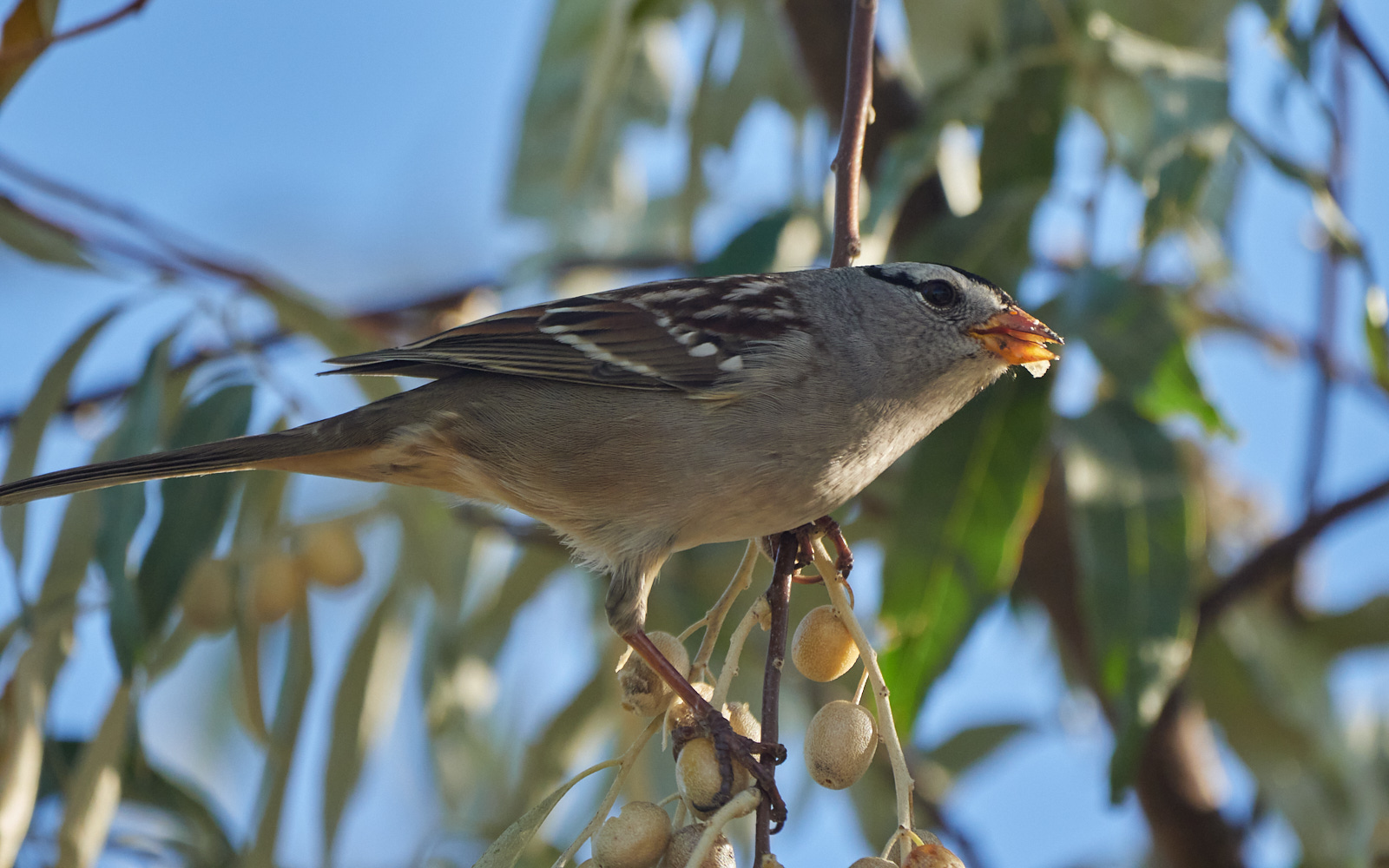 At some point whilst I was looking at birds, I noticed a fellow photographer, with what seemed like a fairly large telephoto lens. Should I approach her, and ask about good spots for birding in the area, I wondered, knowing that the Birds of Prey preserve was so close-by.

However, I realized that the large zoom, was in fact, a full frame DSLR portrait zoom, probably of the 70-200 f/2.8 variety, and that her photographic subject was a high school senior, getting some senior photos taken.

I had the wherewithal not to crash someone else's job. 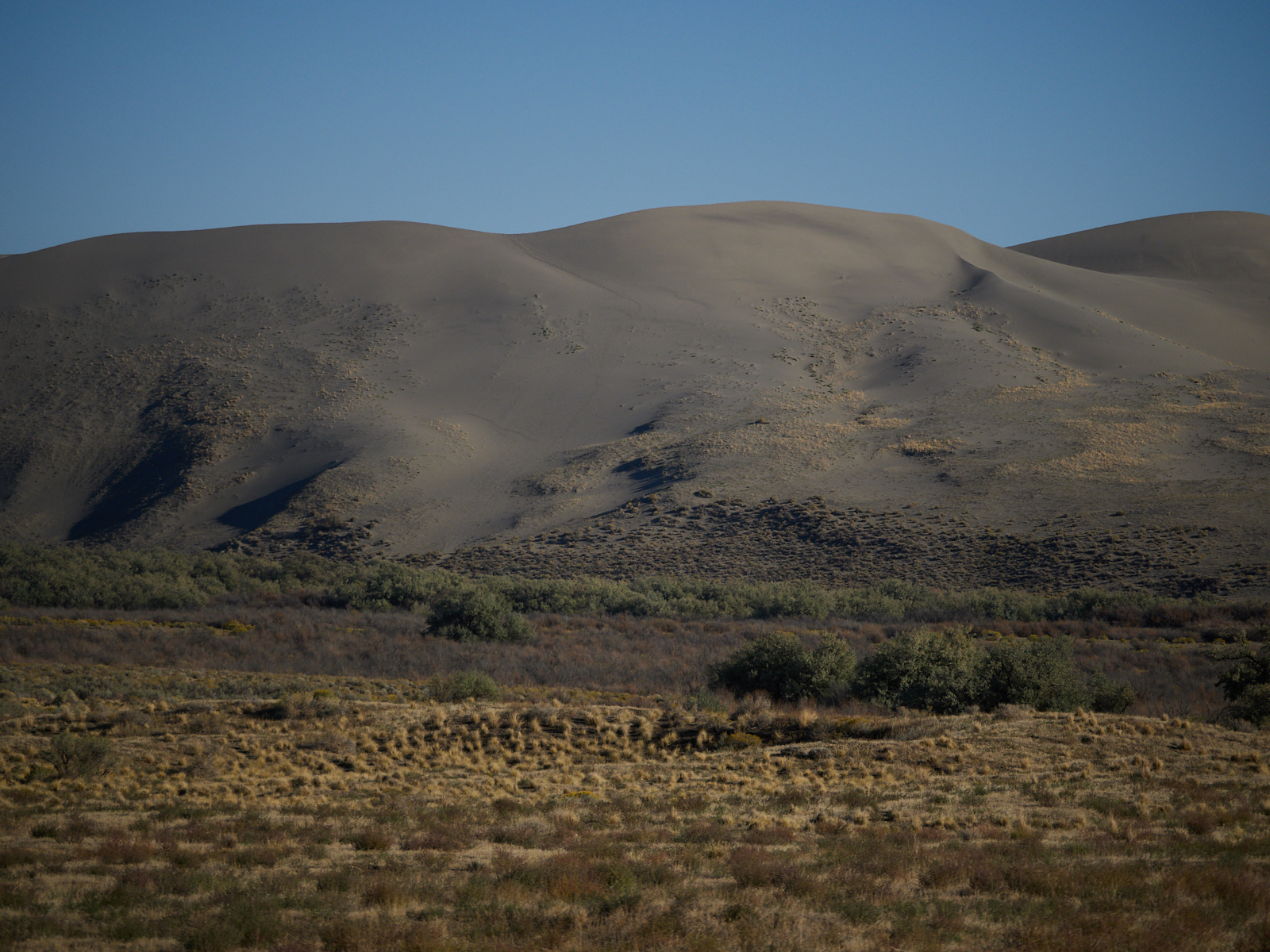 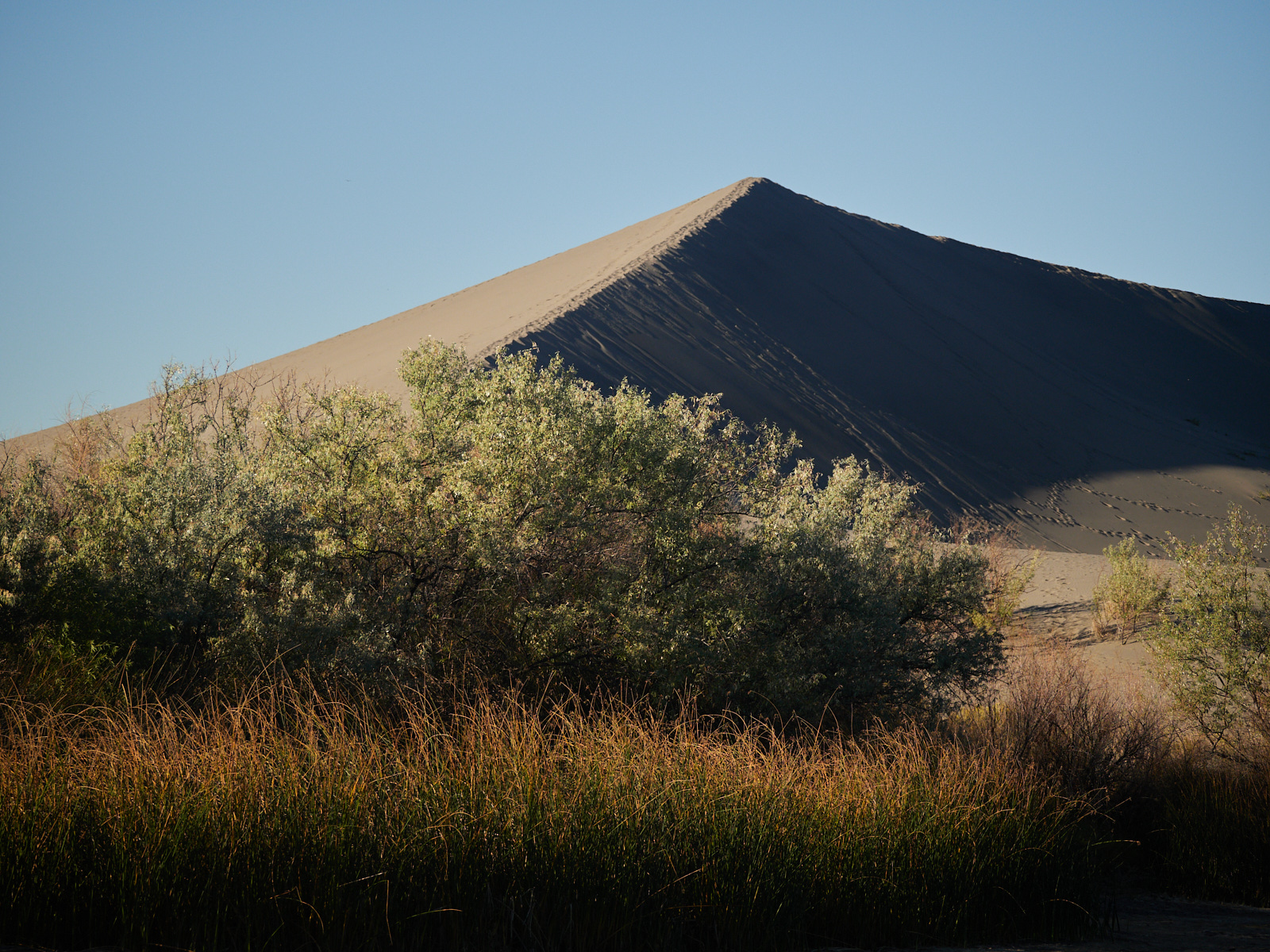 I also had the wherewithal to know that I had come here for dunes, not for birds. The picnic area where I was parked was close to a trail system that traversed the dunes, abeit one that was reviewed online as harsh and difficult in the summer heat.

Apparently walking in hot, soft sand for miles is an unpleasant thing to do. It sure sounded unpleasant. But, still, it was my goal to climb the nearby tallest single-structured dune in North America before sunset.

So, that's exactly what I did. 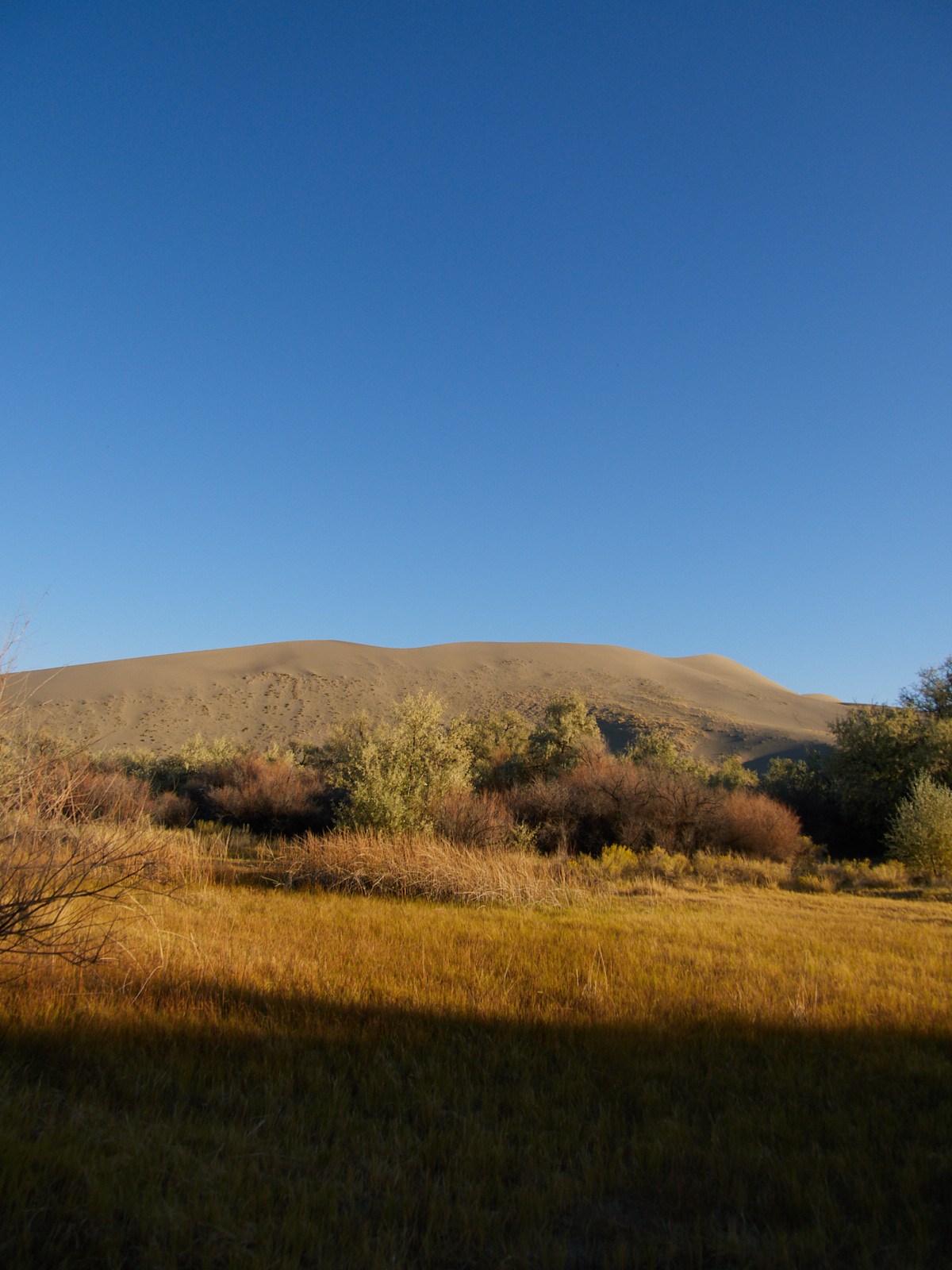 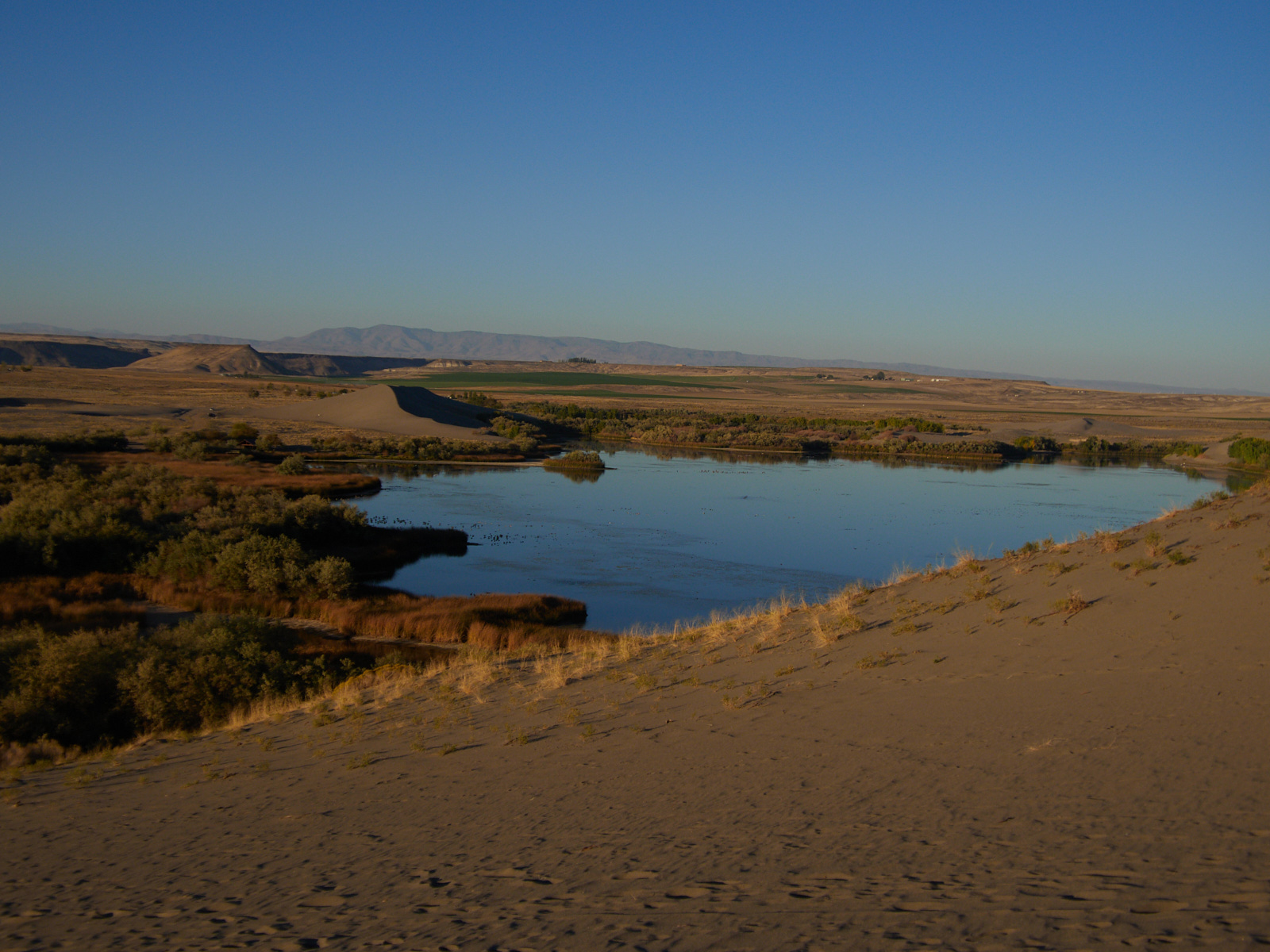 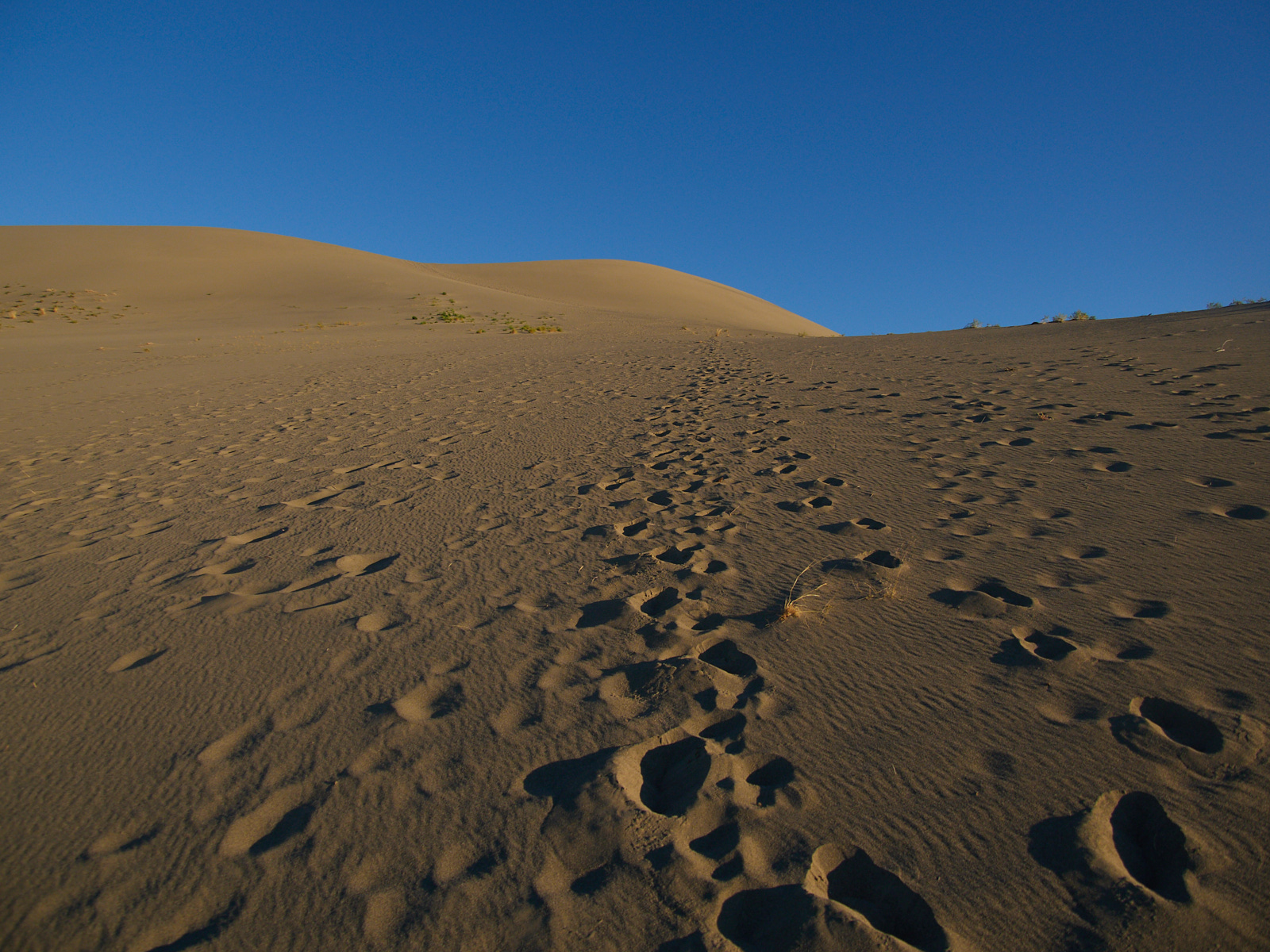 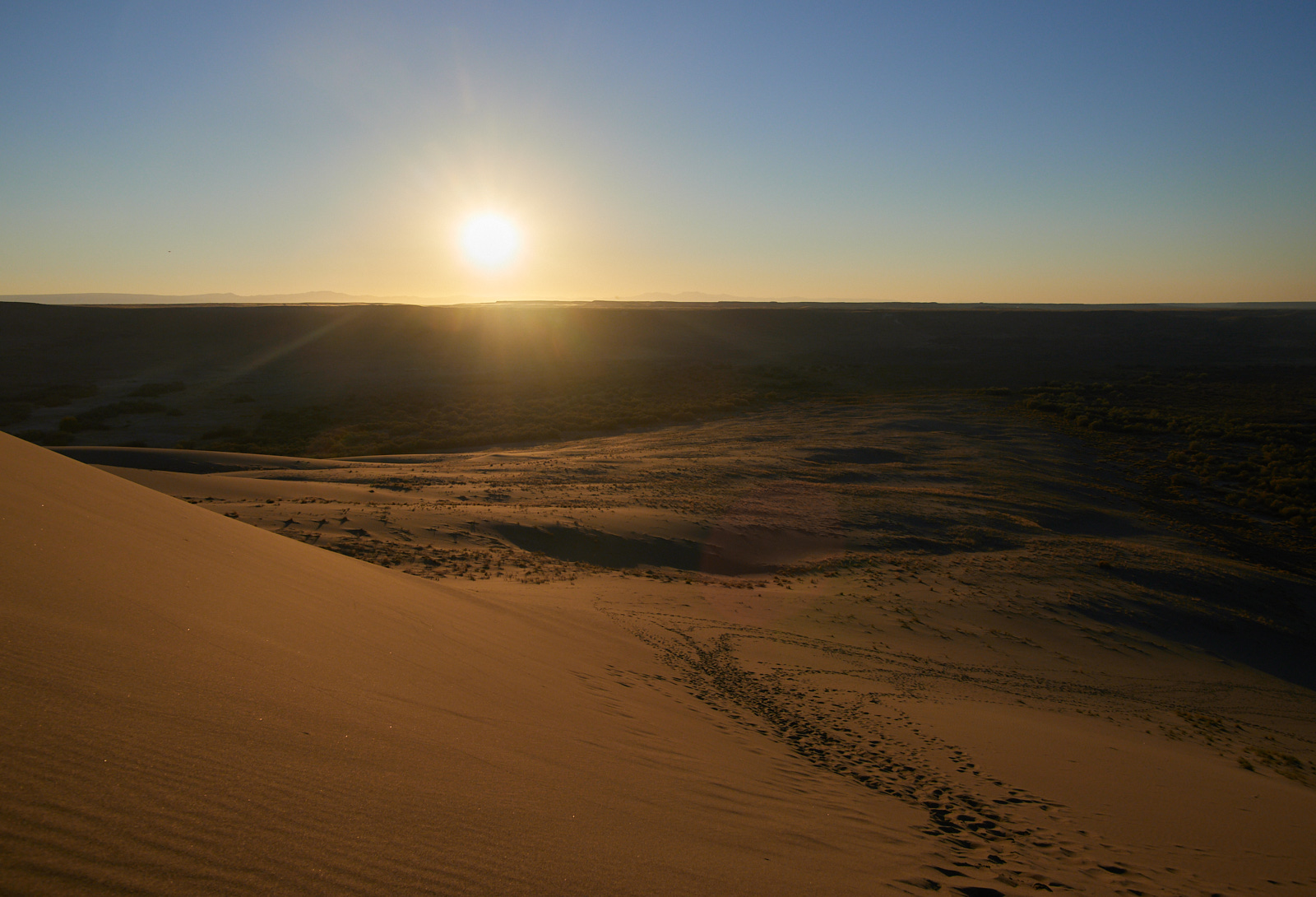 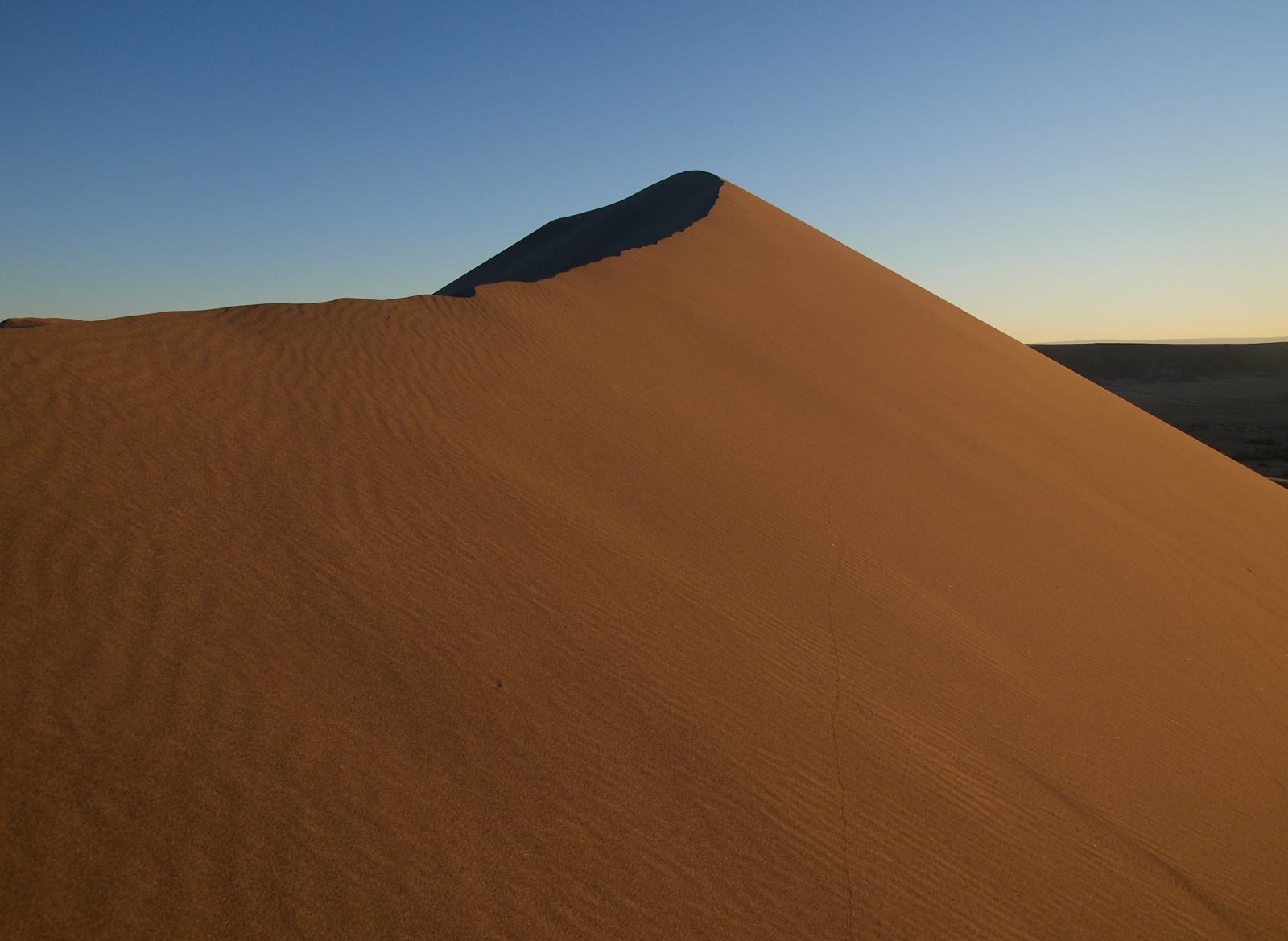 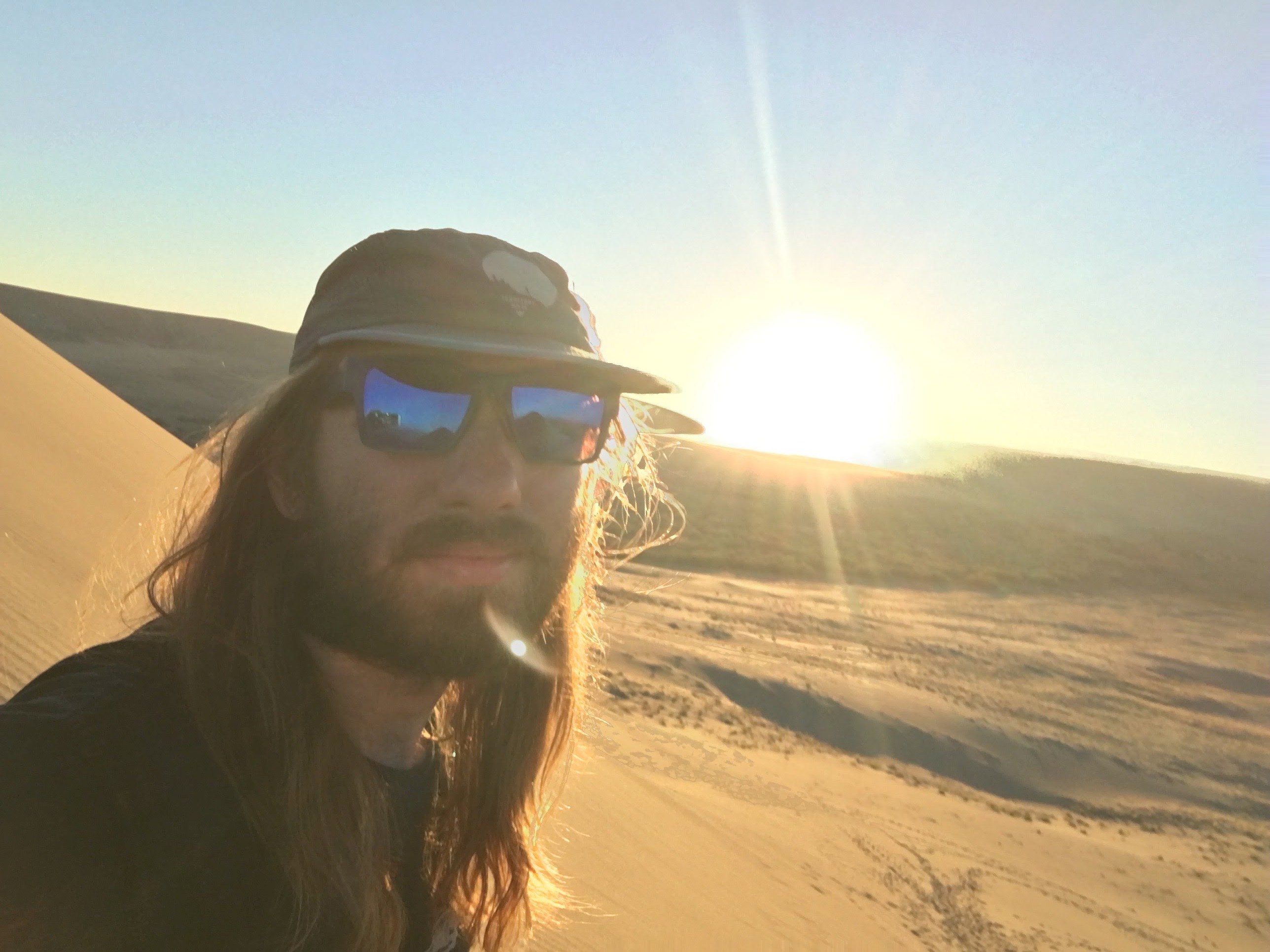 A top of dune phone selfie.
× 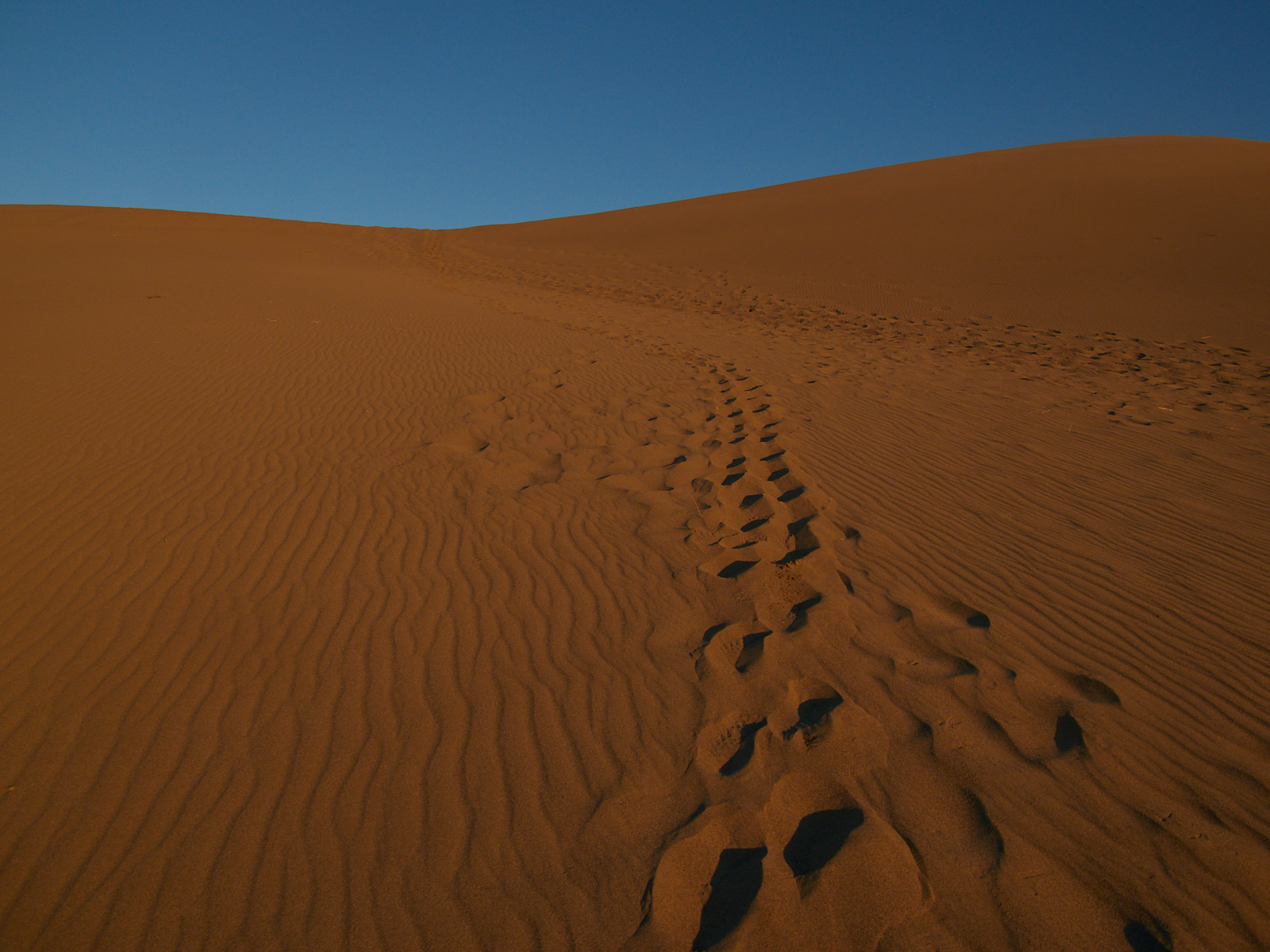 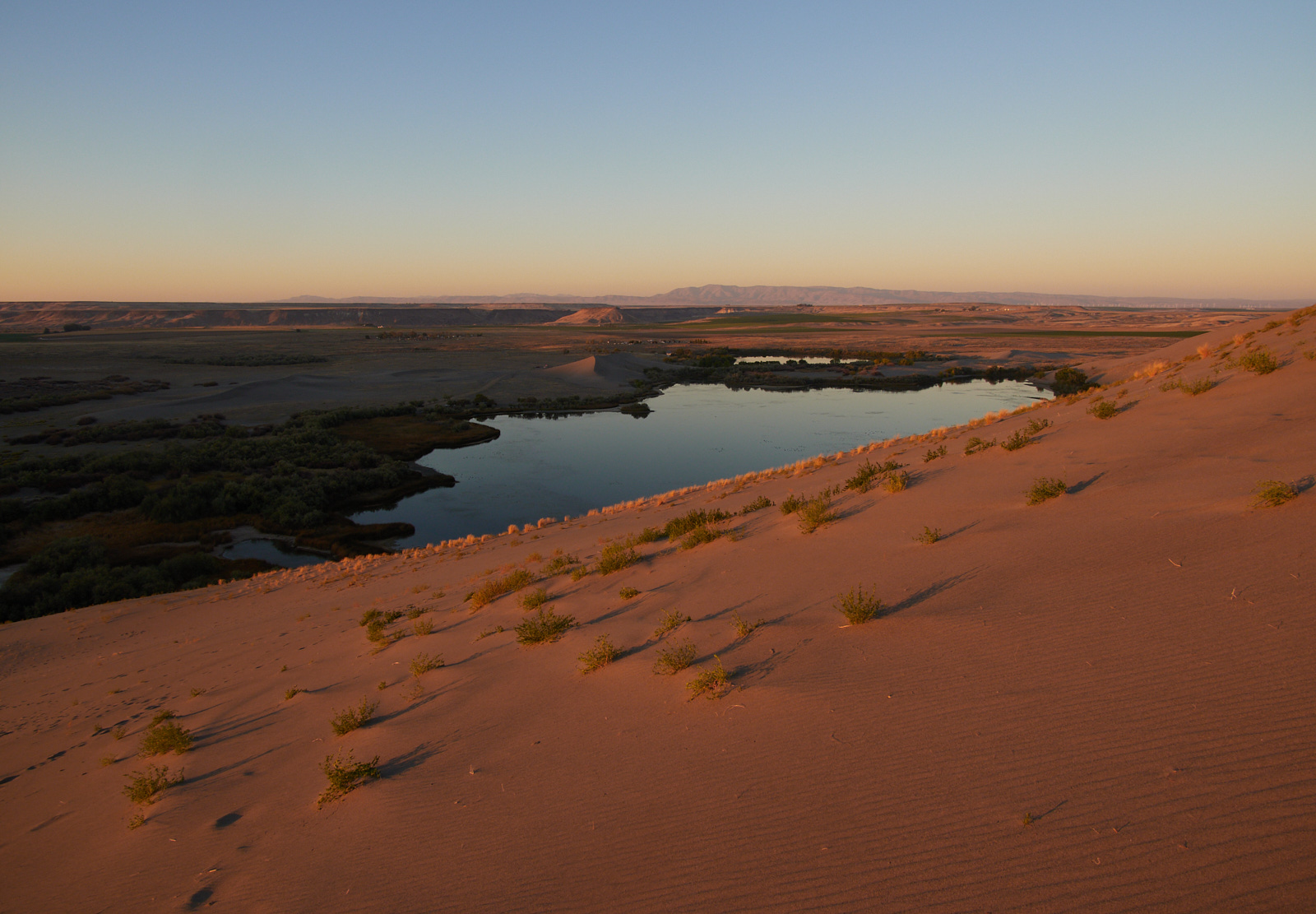 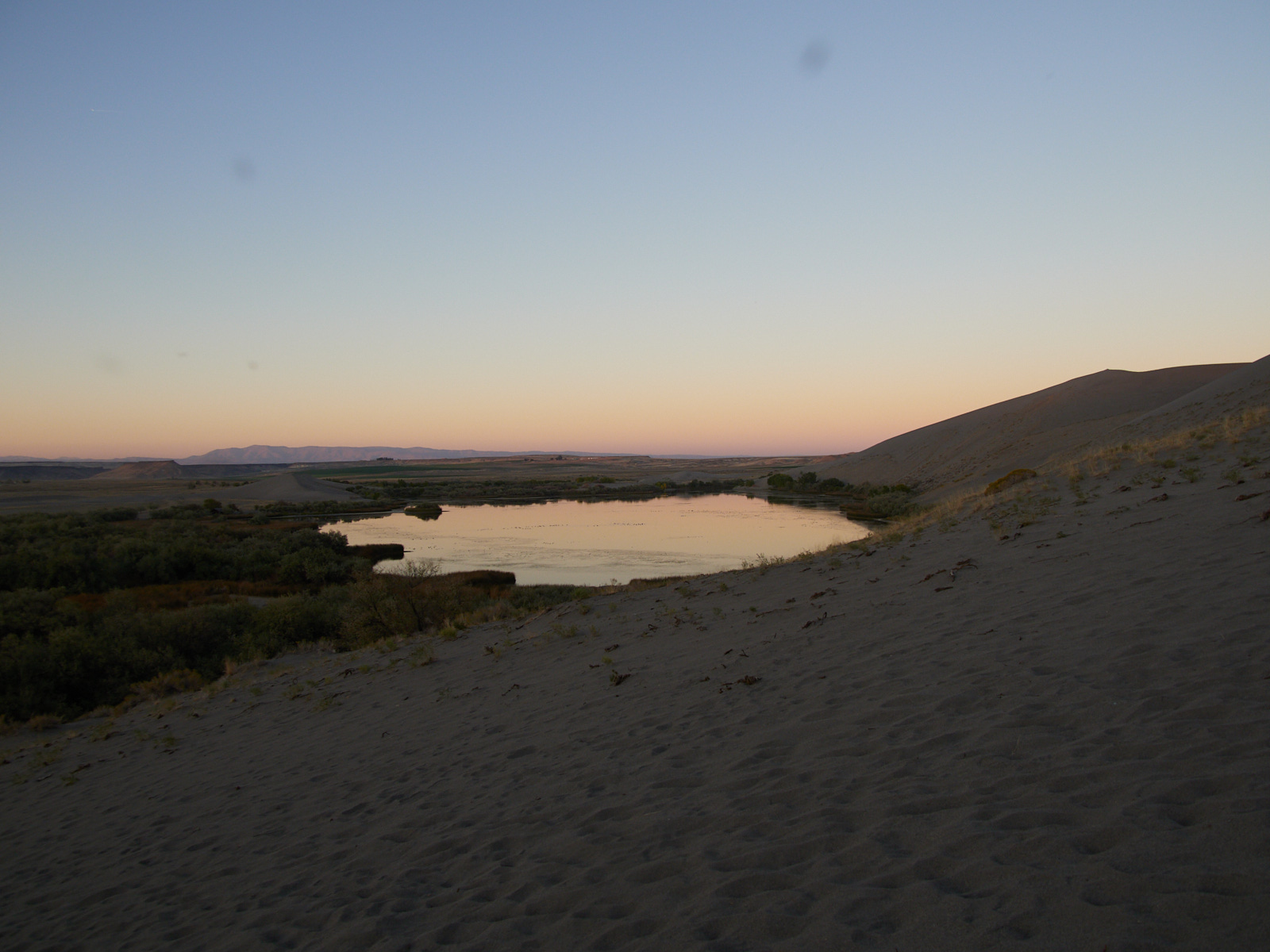 I descended to an empty parking lot, and decided to drive into town for dinner.

I had made sure that there was still a place to grab a hot meal open, and the Google Reviews suggested that their kitchen was open late and accommodating to those seeking a late meal.

I arrived, and stepped into a bar where I felt as out of place as a city slicker wandering into a rural bar in any Hollywood film. The kitchen was, in fact, no longer open, though I could get like some french fries or something.

After so many unhealthy meals along the road, I found the thought unfathomable.

I returned to my campsite and feasted on nuts and trail mix, then called it a night.