I got up early with big plans of birding in the early morning daylight, though I first stopped for a breakfast sandwich and a coffee at Mudslingers, a locally owned coffee shop in Mountain Home.

They are an establishment whose promotional emails fill me with delight to this day, even if I am unable to get their Banana Cream Pie Monthly Drink Special, even with the 25 cent off discount.

And their coffee helped fuel me, as I made my way towards the Morey Nelson Snake River Birds of Prey Nature Reserve. (Boy, that's a mouthful, isn't it.)

Surely that isn't where I'd experience the disappointment I allude to in this post's title... right?

My plans for the day were twofold: visit the Morey Nelson Snake River Birds of Prey Nature Reserve, and eventually make my way to Boise, Idaho.

As my lead-in suggests, things didn't quite go to plan.

I had read the official brochure, which suggested I

"Allow 3 to 4 hours to follow the highlighted loop tour to these popular destinations:

So I popped one of them into my GPS and headed there.

My expectations in terms of infrastructure were that there might be some signs, or a trailhead or some trail markings. Most nature preserves I've been to happen to have some of these things.

Morey Nelson had none.

Instead, as I headed to my first point, there was no signage, only a dirt road, with some folks sleeping in automobiles, and a dumped sofa.

When I reached the so-called Dedication Point, I couldn't really tell whether anything had been dedicated. I could however, tell that there were some folks sleeping in a motor home parked in the area, and I really felt awkward hanging out in this patch in the middle of nowhere.

There were no birds about, only boulders and barrenness.

A less stubborn person would have turned around immediately, but I noticed a path which seemed like it was intended for vehicular access, and I decided I may as well try driving up it.

Well, dear reader, this path was not unlike the one to the Sheep Mountain trail in Wyoming: rocky, and not really passable by a vehicle. I mean, it clearly had been traversed by vehicles, but the further along it one went, the more sharp rocks jutted out of the ground.

I may have had four wheel drive, but I did not have high clearance, and I did not want to risk popping another tire. And yet, I also didn't want to drive down the slope in reverse, where it would be harder to avoid the larger rocks with adeptness.

Fortunately, there was a spot where I could just about pull off a three-point turn. So, I did it, and heart-racing, I navigated myself back down.

I was pretty pissed off at the Bureau of Land Management for their bullshit brochure which led me to sharp rocks in the middle of nowhere. I had spent quite a bit of time driving to this area, and I had goddamn nothing to show for it.

But, I was still close enough to some of the other points, and why not stop to see if the "fascinating archaeological and cultural history" was any better?

So, why not stop at Celebration Park?

Ain't nothin' like a SPEEDBOAT to break the morning's stillness.
×

The main attraction here, in my humble opinion, are a few petroglyphs. 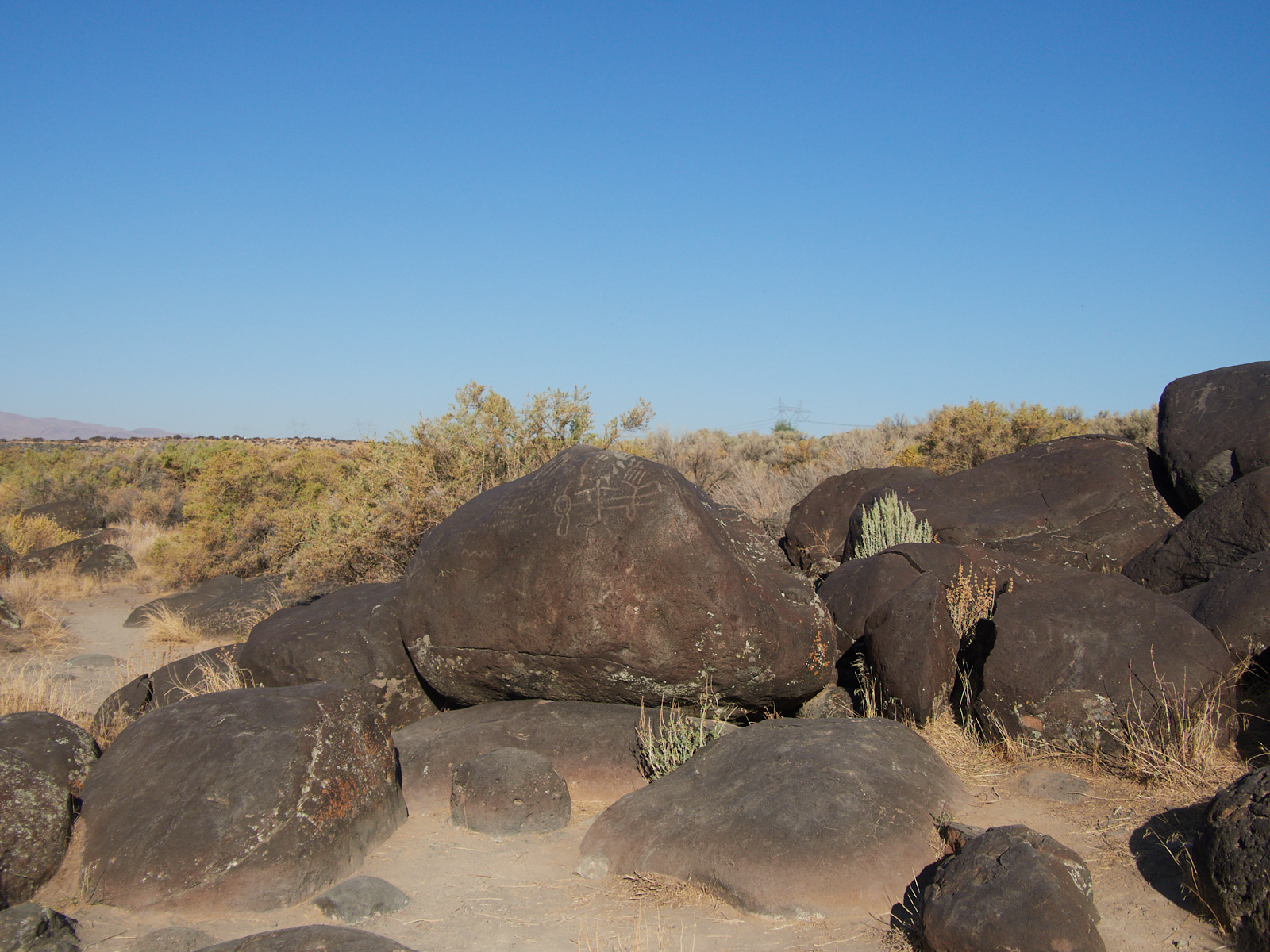 The big question, of course, is whether I got to see any birds of prey there. Well, I saw a bird. 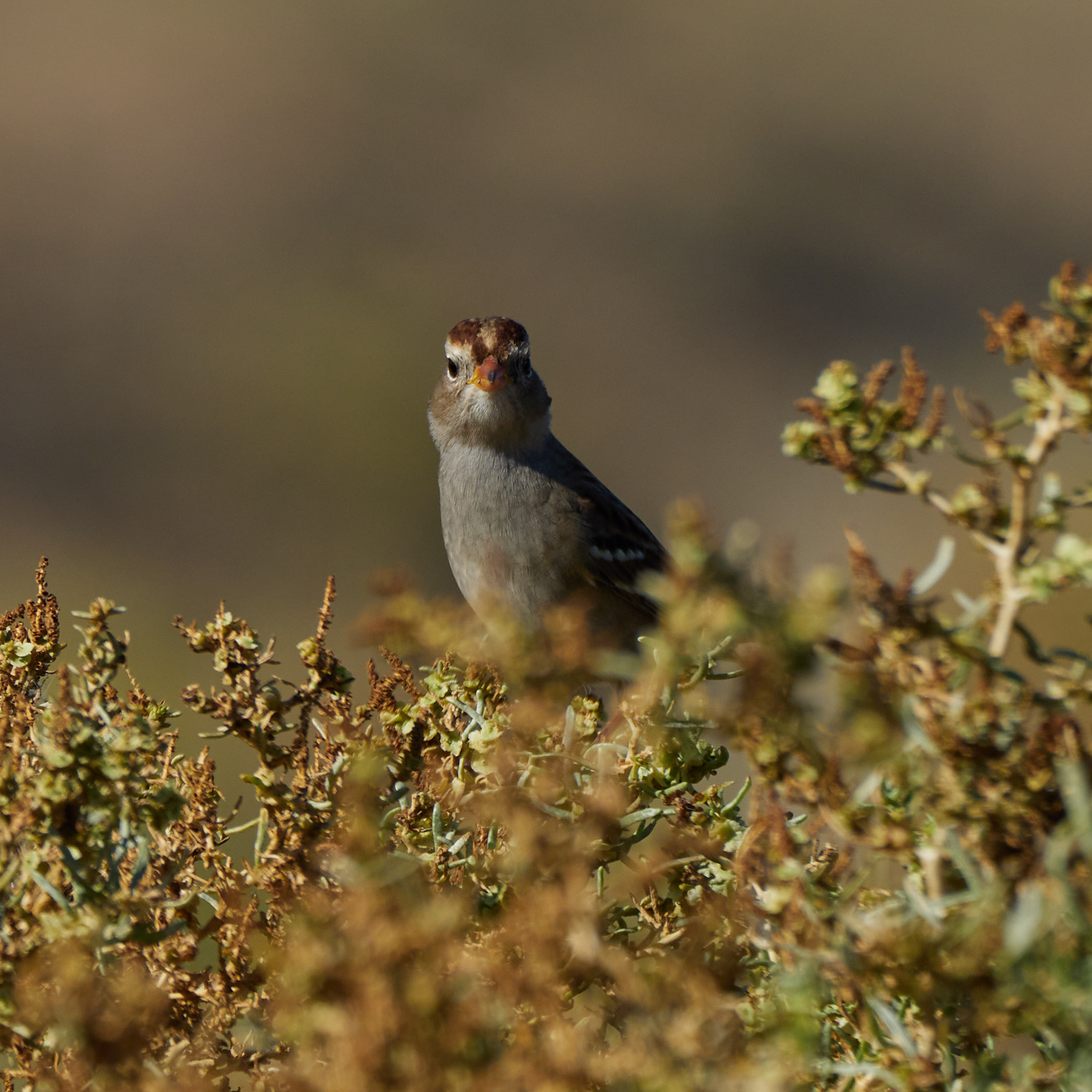 And, that was it.

Despite the celebration, I was still a little dejected as I made my way Northeast (!?) to Boise...