By the time I reached St. Paul, I had driven quite a ways. Probably over 24 hrs of solo driving (spread across several days), and I had added about 1,500 mi to my odometer, through stops, detours, and unavoidable hours on the interstate.

This experience gives me the ability to say the following: Of everywhere I have driven in my life, by far, the friendliest and most courteous drivers were those in Saint Paul, Minnesota. A much needed respite after... other cities. 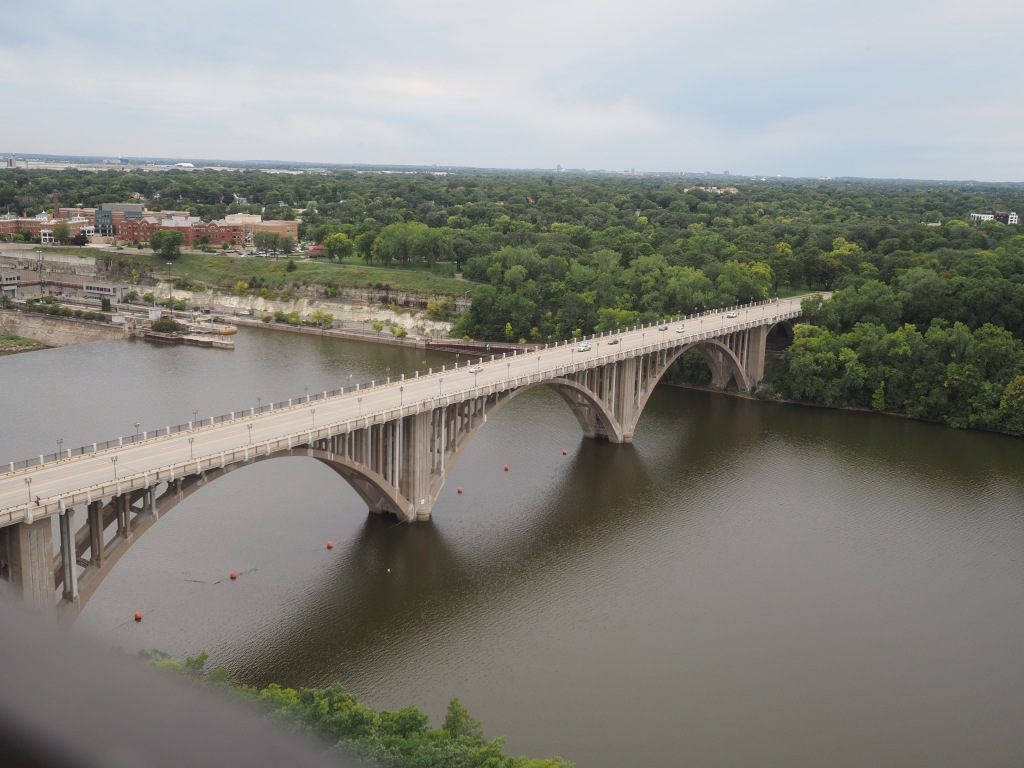 The Ford Bridge: One of Many Between Minneapolis & St. Paul
×

The Roads that Led Me Here

I had visited the MSP airport for numerous layovers back when I needed to travel from Pittsburgh to Seattle on indirect flights, but I never had the opportunity to venture outside and see the city itself.

I heard a mix of things, from the Twin Cities being totally cool, to a totally cold place where it was difficult to make friends, to a boring bunch of cities, to a place that froze over in the winter.

Fortunately, I had an expert's view of things, as I was visiting and staying with a friend of mine, Holman, who taught at a local university. It was really enjoyable to reconnect after a few years, and I really enjoyed the opportunity to hear about life working at a small liberal arts college.

(I'll file that one under "roads not taken," and probably also, "roads Steve won't take") 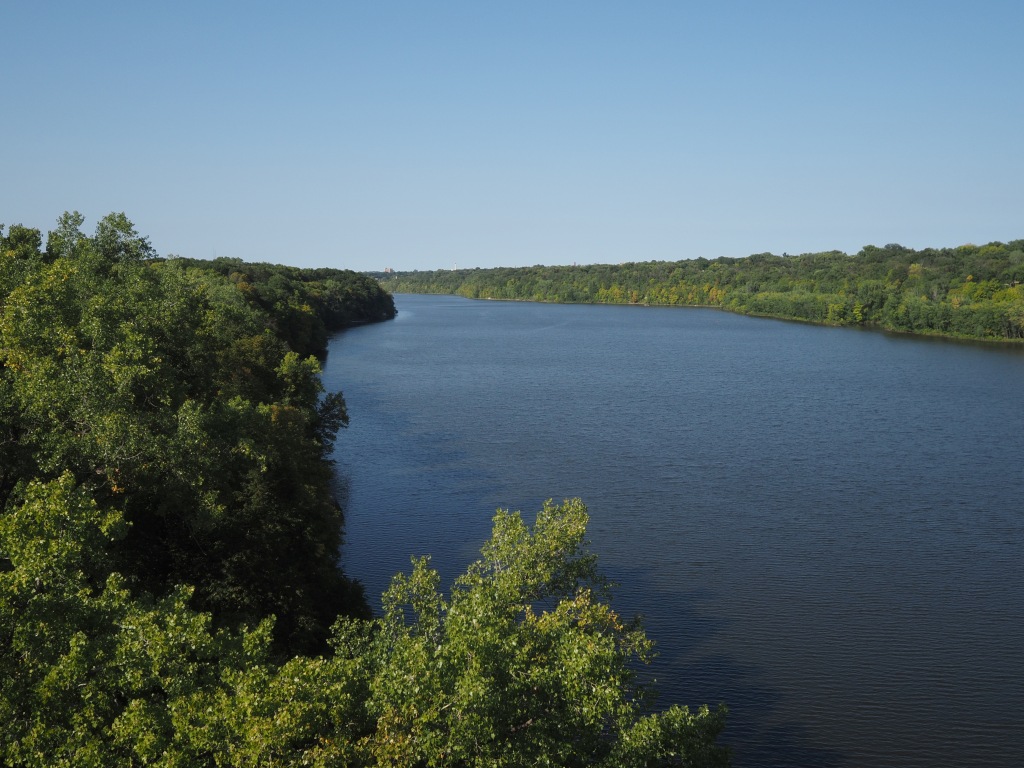 Over the course of my journey, my passenger seat had long since ceased to be a place anyone would choose to sit. Initially, it seemed the best place to stash an upside-down swivel/rocking chair base. Then it also became a repository for camera equipment, and also random trash.

So, when Holman (who doesn't drive) wanted to give me a tour of the city, from my passenger seat, it took a little bit of finagling. But, thankfully not too much.

My trunk's contents had long since shifted in such a way that a few shoves somehow opened a little bit of extra space. I could no longer see out of my rear view mirror, and my passenger seat was not particularly comfortable, but it was open.

Once this was accomplished, I got to see the local college, beautiful parks, and the state capitol. There are no photographs on account of "I was driving."

I was also kept apprised of the numerous border crossings between city, theoretically marked by the river, but often in a less conspicuous location due to cartographic quirks.

The main functional difference between Minneapolis and St. Paul roads was the maintenance budget; St. Paul had a greater quantity of potholes.

Along the journey, we also made one more special stop:

I crashed a friend of a friend's birthday party.

Mind you, that's nothing new for me, and after being cooped up for so long on the East Coast, it was lovely to stop by, thieve some orange juice and french toast, and talk about work, travel, and set design.

Based on my sample size of one birthday party, I will firmly debunk "difficult to make friends" as a myth.

Changing modalities from driving to walking, we headed to Minehaha falls and the surrounding park in the early afternoon.

As my friend promised, Minnehaha Falls were indeed one of the most impressive urban waterfalls. I mean, the falls would have been impressive in an undeveloped setting, but it is rather unusual to have a fantastic, natural waterfall preserved in a city park.

The falls' fame spread partially via Henry Wadworth Longfellow's oft-parodied lengthy poem, "The Song of Hiawatha," and they are certainly splendorous, though less so with the angles and the sunlight here. 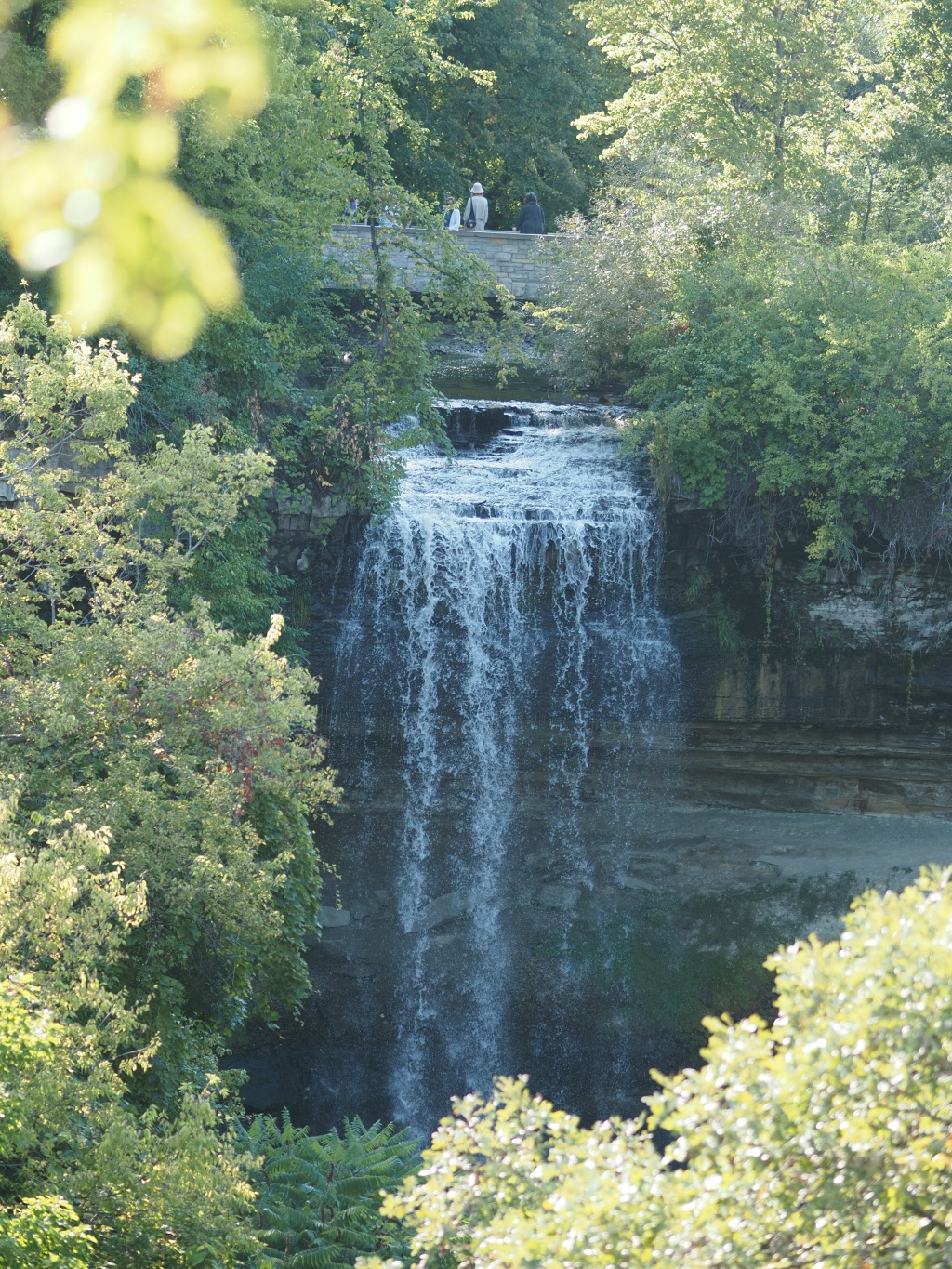 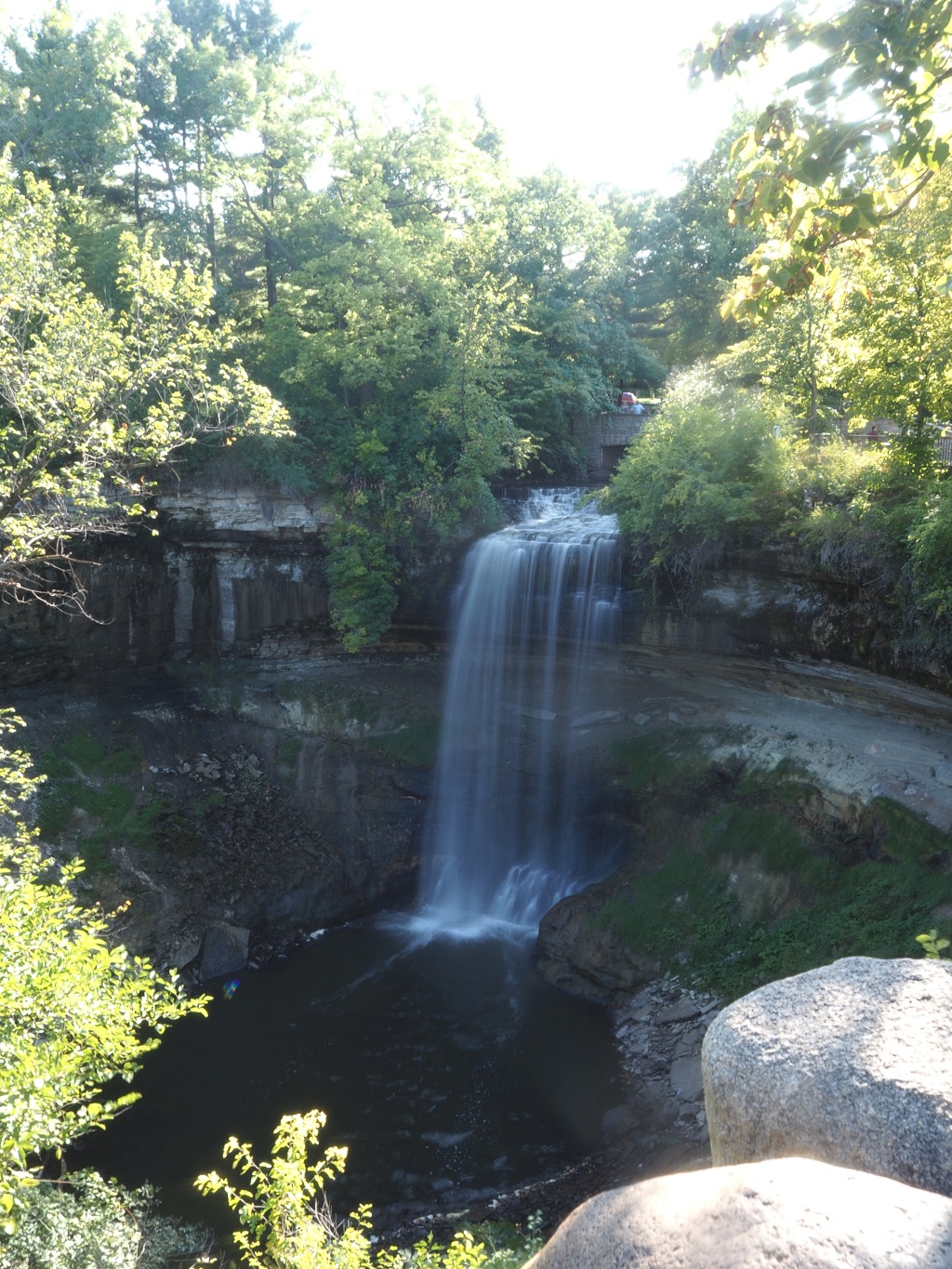 Meanwhile, the surrounding park is home to gorgeous views of the Mississippi River (seen elsewhere in this post,) as well as some heavily vandalized sand caves. 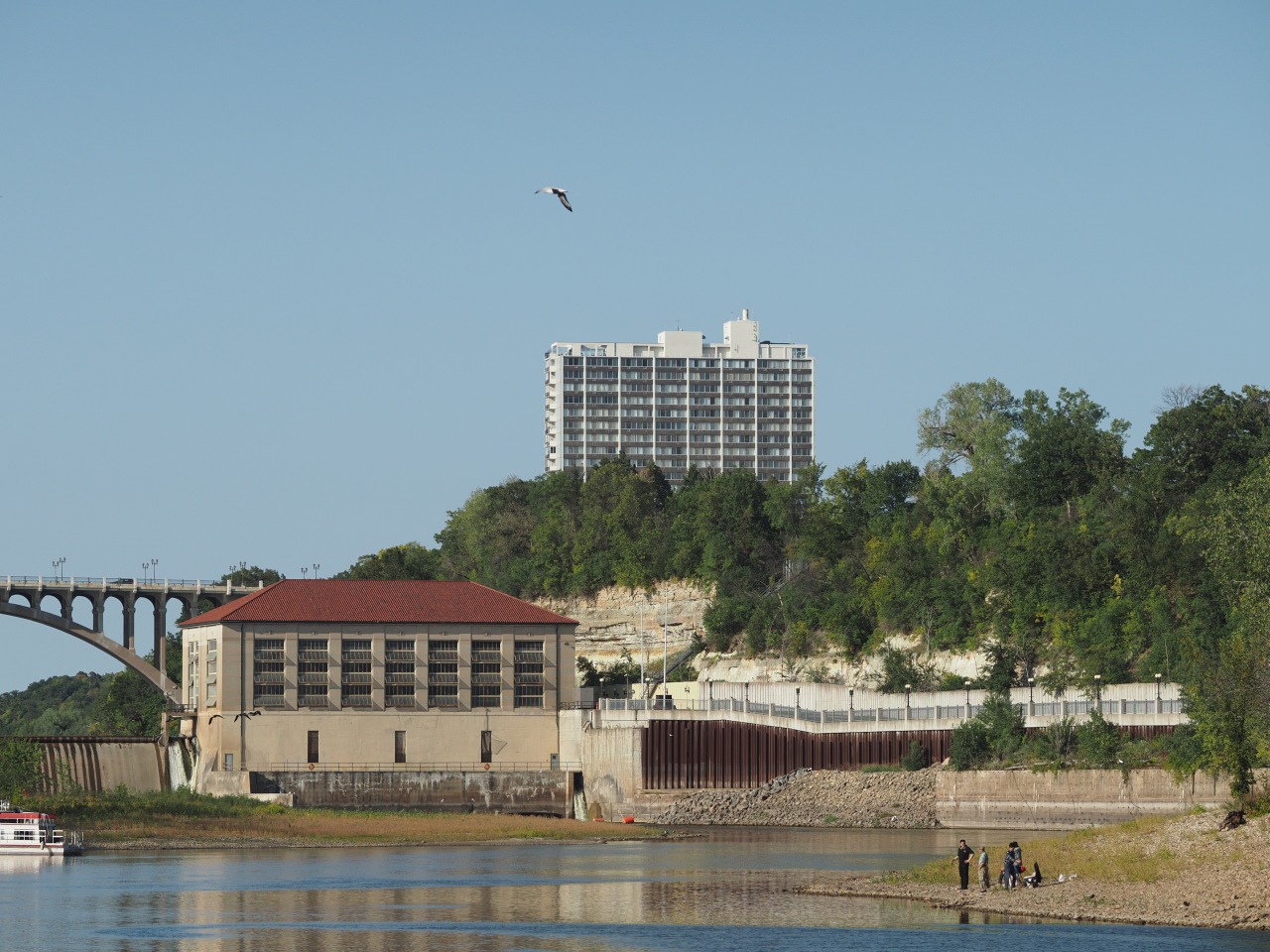 You can guess what captivated my attention. 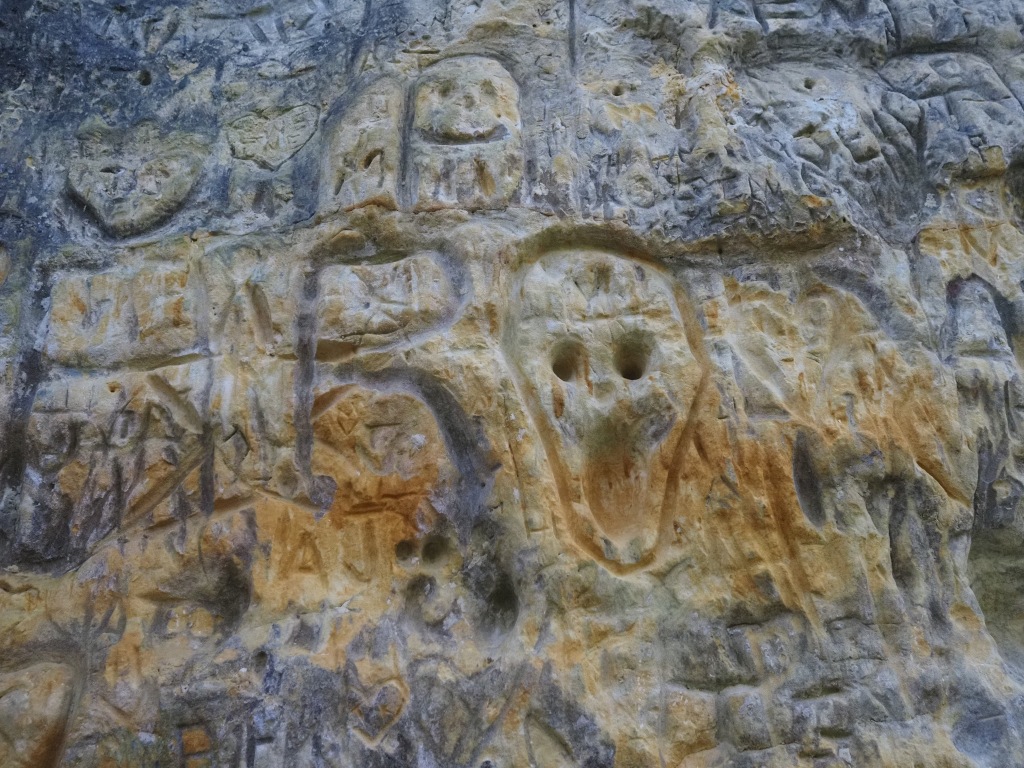 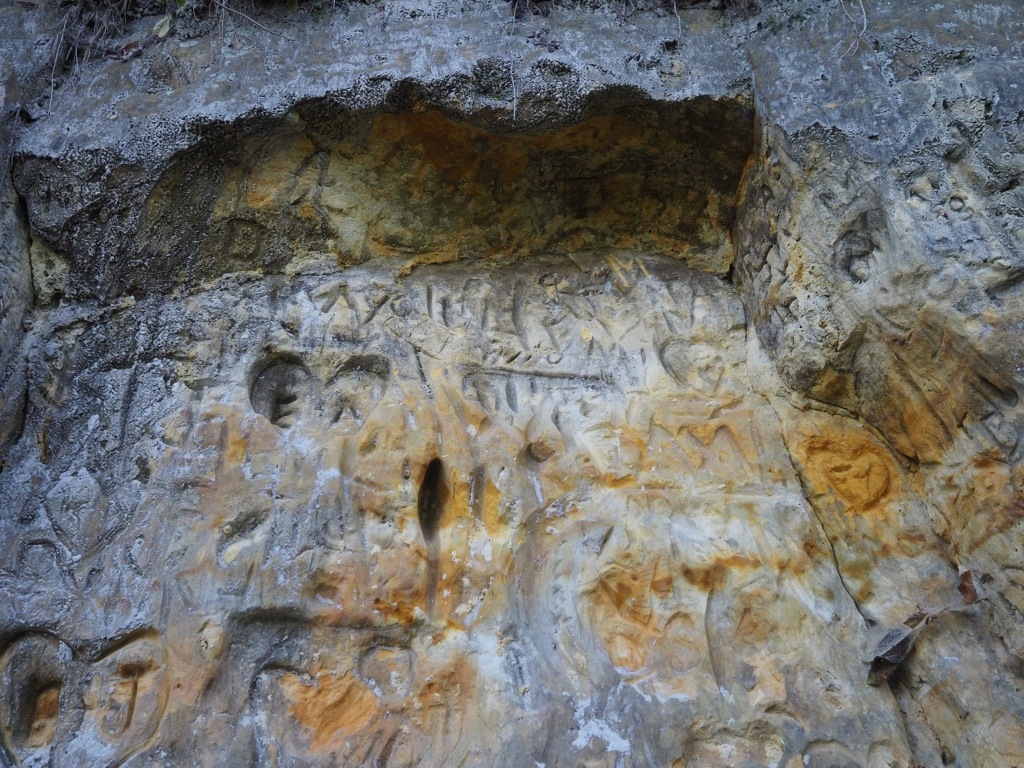 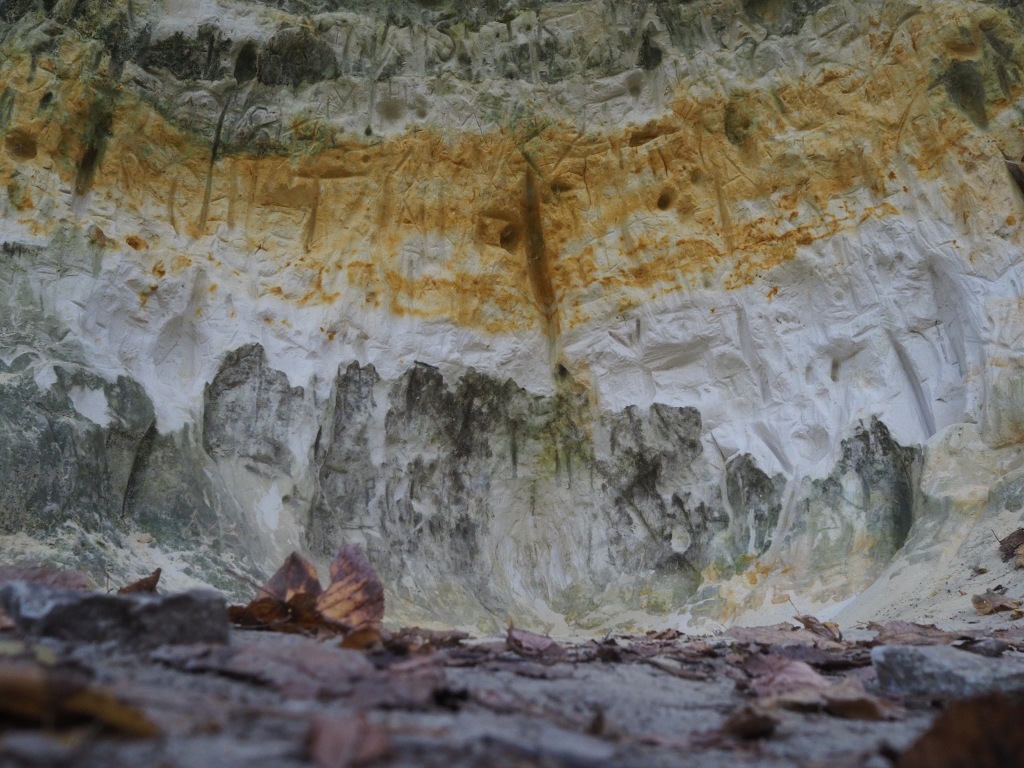 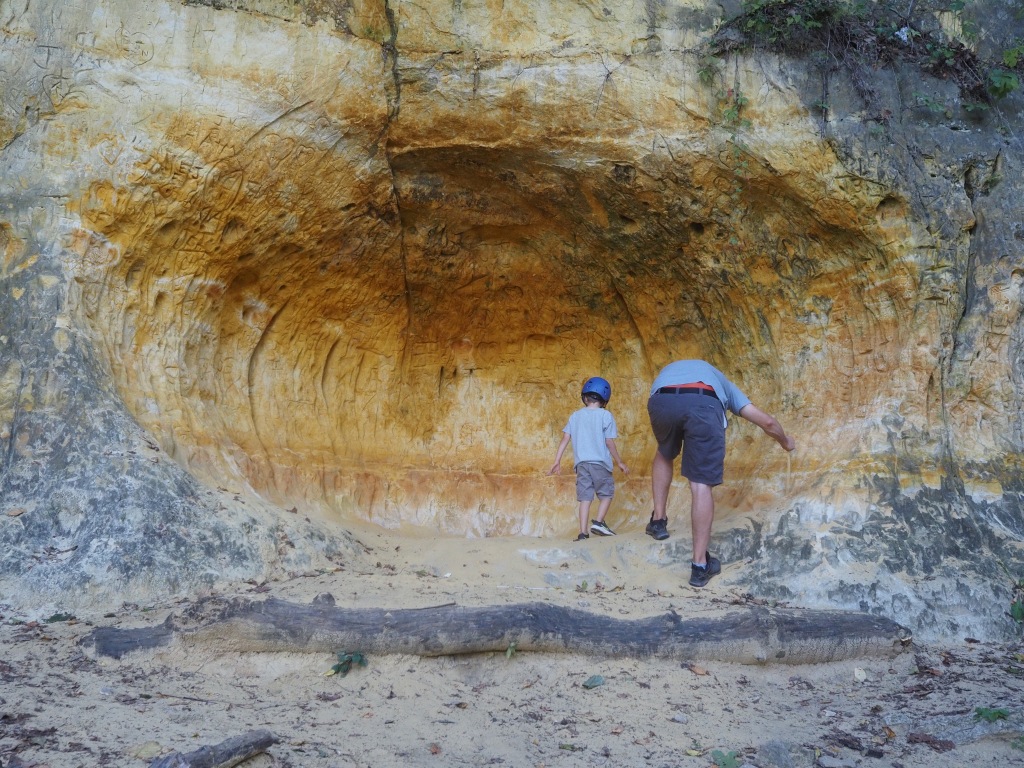 After our walk, we went out to get some Somali food. The food was delicious, and I hope to find some in Seattle one of these days.

Along the way, we passed by some other landmarks near Downtown Minneapolis. Most notably, the location where George Floyd was brutally murdered in May 2020. This led to mass protests, and further popularization of the Black Lives Matter movement. When I passed through the intersection was adorned with artwork and signs from people fighting for a more just world.