My milkshake was unfinished.

The lumps wouldn't make it up my straw.

Night had long since fallen by the time I made it to the Highland Ridge Campground.

I picked the spot (near the Eau Galle Lake in Wisconsin) because it had some nearby hiking trails, a lake, and it seemed good for birding. And, it had a few nice, tent-specific campsites. And, of course, it was well-situated for my next and final urban friend visit.

I accidentally circled the campground road twice, struggling to make out the signage specifically for the tent sites which were genuinely hard to see from the road, but easily making out the signs for each irrelevant (to me) car site.

I got out my headlamp and tent, walked it the five feet into the woods where my site was, and went to work slipping my poles through the sleeves and so on.

When I was nearly finished, a man with a flashlight approached.

"Need some light?" he asked.

"No, I think I have enough with my headlamp." I said.

(This was neither the first, nor the last time I set up my tent in the dark.)

"Just trying to help!" he protested as he slipped away into the darkness.

I wouldn't have minded some company, but I hadn't realized expressing that I had sufficient light was such an offense. I finished setting up my tent and collapsed into sleep...

The next morning, I planned to get up early and check out some birds. 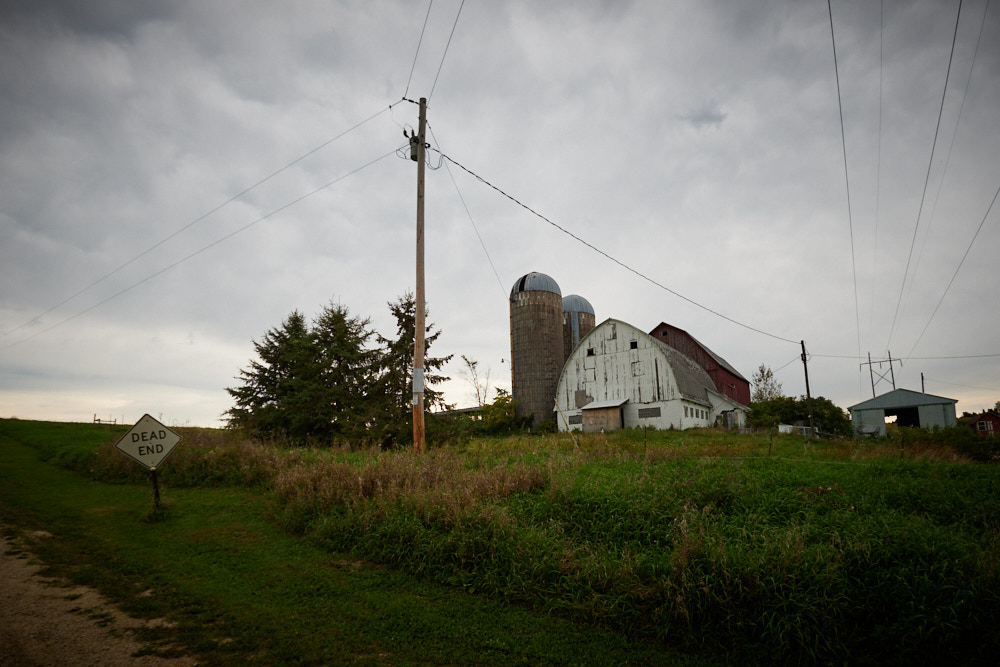 A farm, complete with intimidating barking dog, somewhere on the roads between the campground and easiest access to hiking trails.
×
×

The roadway going down into the reservoir.
×

As goes without saying, the landscape bore the fingerprints of human intervention. There, the only other people I saw, though, were on the river, on boats.

I did a short hike around a part of the lake, up a hill through a forest, and back to the parking lot.

At various points, I saw scores of birds. Woodpeckers, robins, even some larger birds of prey in the distance.

Unfortunately, many of my photographs didn't turn out super well due to a combination of limited light, busy backgrounds increasing the difficulty of focusing, and user error.

I didn't realize until after the fact that, yes, I had accidentally had my camera stuck in manual focus, ruining those woodpecker photographs. But hey, I did realize eventually.

The bird that graced me with the easiest view was a flycatcher, not dissimilar to ones I had the pleasure of photographing not long before I left Pennsylvania.

And with that stretch of peace receding behind me, I texted an old friend to let him know I was on my way... to Minnesota.