And thus, after a hiatus, I return to writing about a visit to the Oregon Coast this past January...

On my way to Waldport, Oregon, I bought two postcards to send to friends.

One was of the Sea Lion Caves. I lamented my blurry sea lion photos, and the fact that the lighting was lackluster in the cave. (What did I expect!?)

The other was of the "Lighthouses of Oregon." I lamented the fact that I had missed pretty much all of them as they weren't super visible in the fog and rain. (What else did I expect!?)

So, what did I do immediately after writing those except go see sea lions in better lighting, and glance at a historic lighthouse?

This is what I got up to during my downtime on a workday...

Downtown Newport, Oregon is a fledging tourist town. Or, at least I imagine it's so in the summer.

In the off season, only a very select few of its shops were open, selling sundry souvenirs. However, a few of its core attractions remain.

One is its docks, which are frequented by sea lions. Though it was cloudy and rainy, I was in the outdoors instead of inside of a cave, so weirdly I had a significantly greater quantity of light at my disposal. 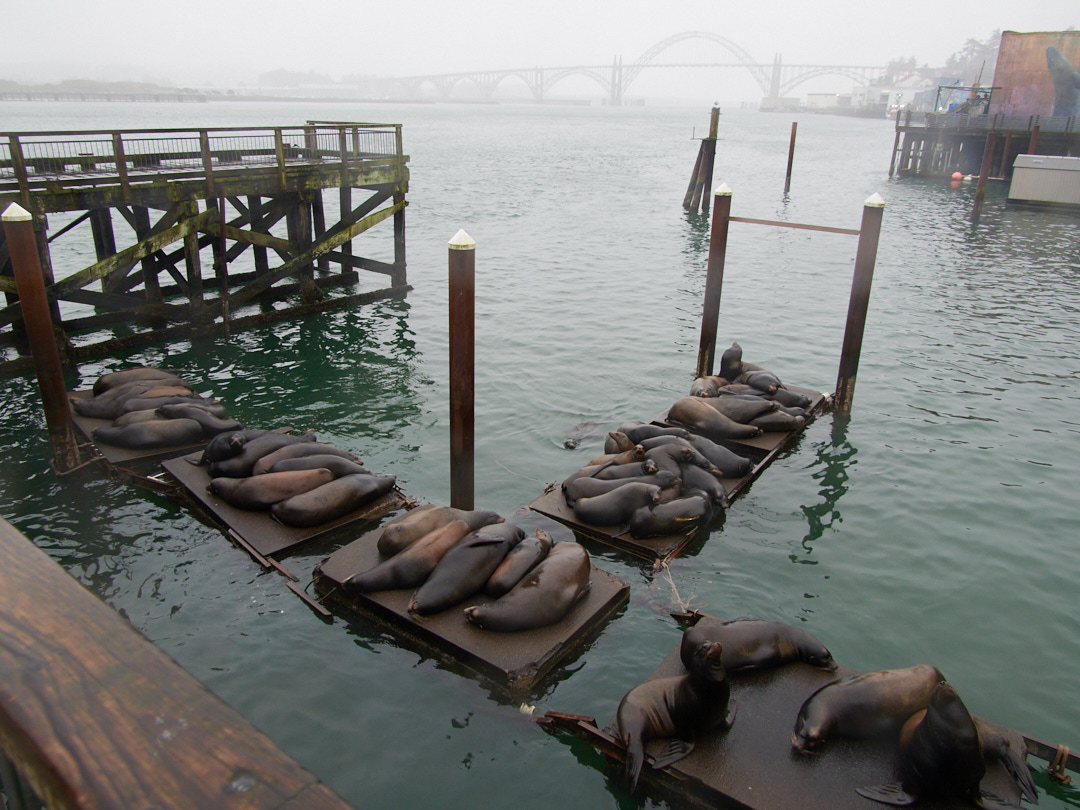 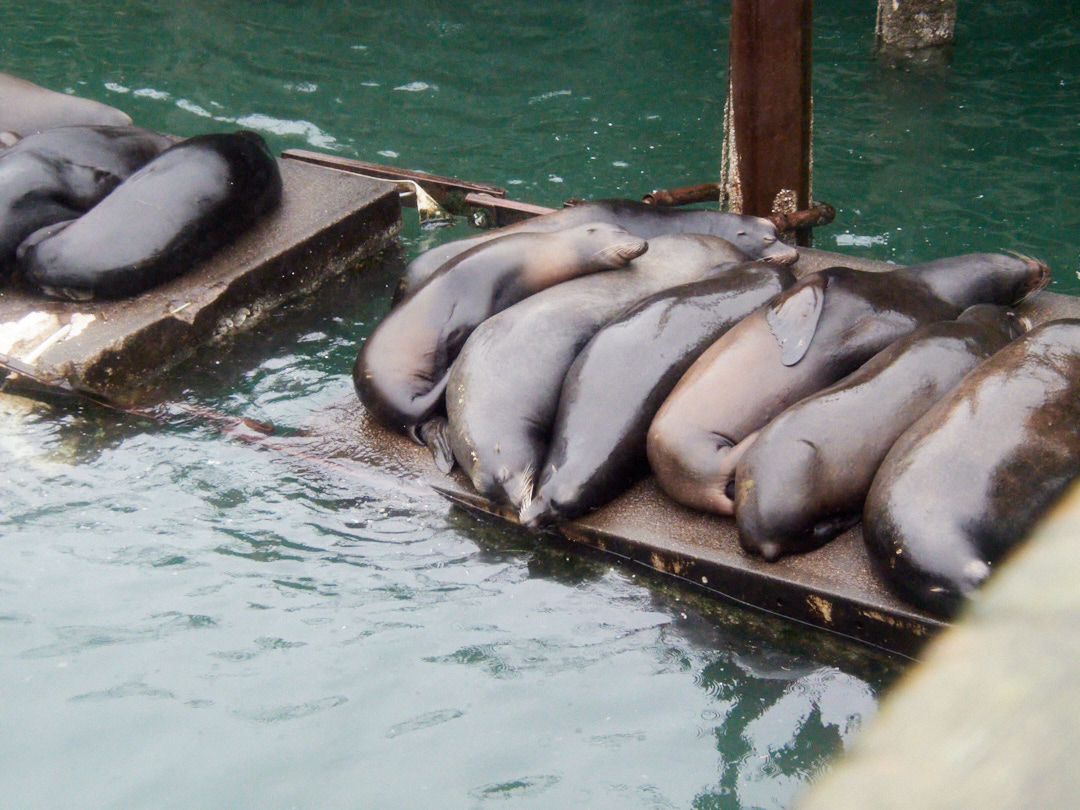 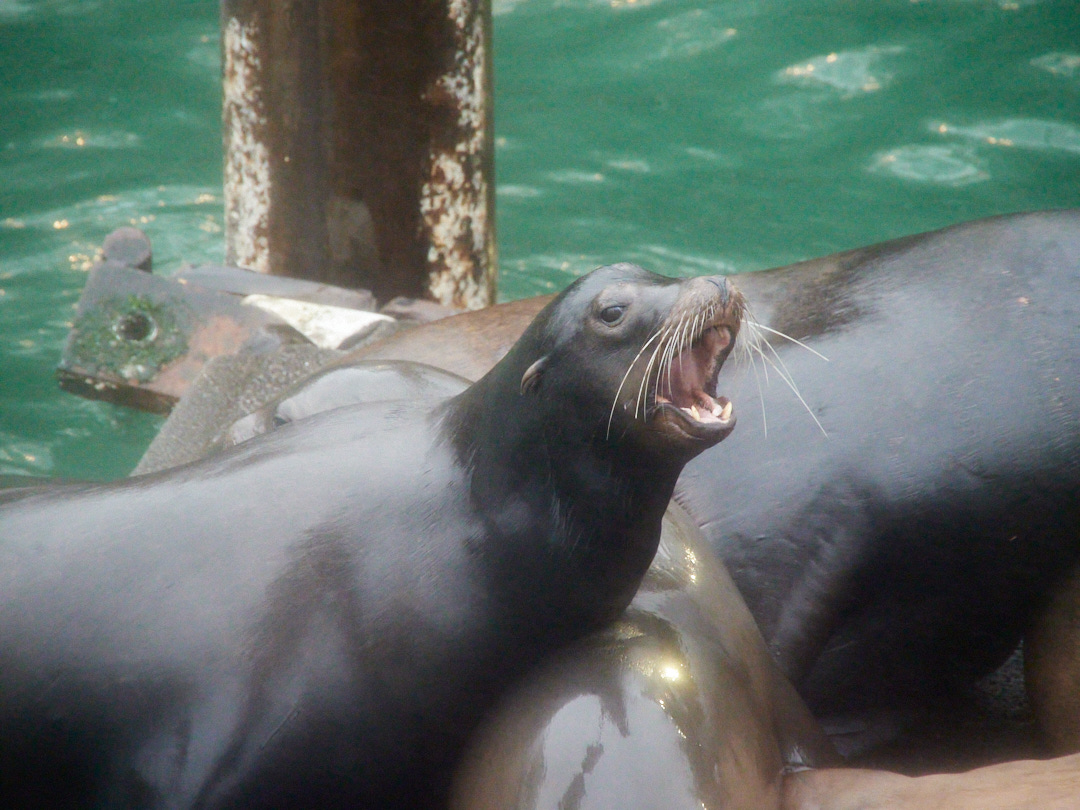 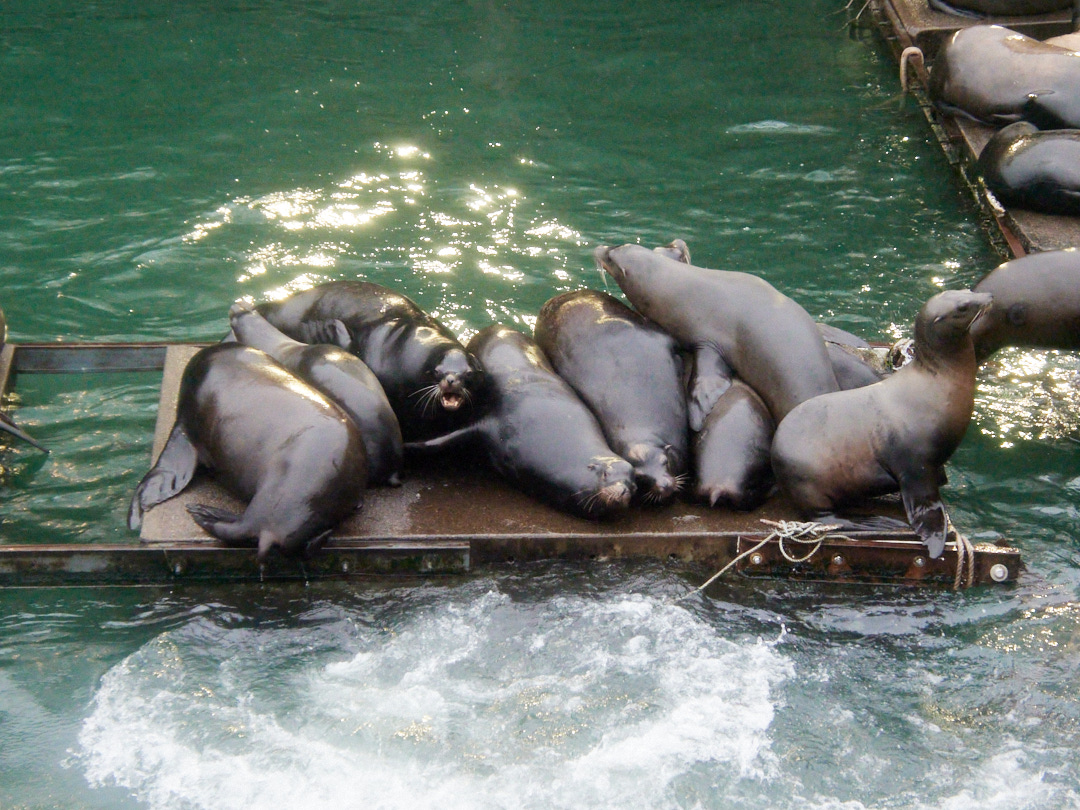 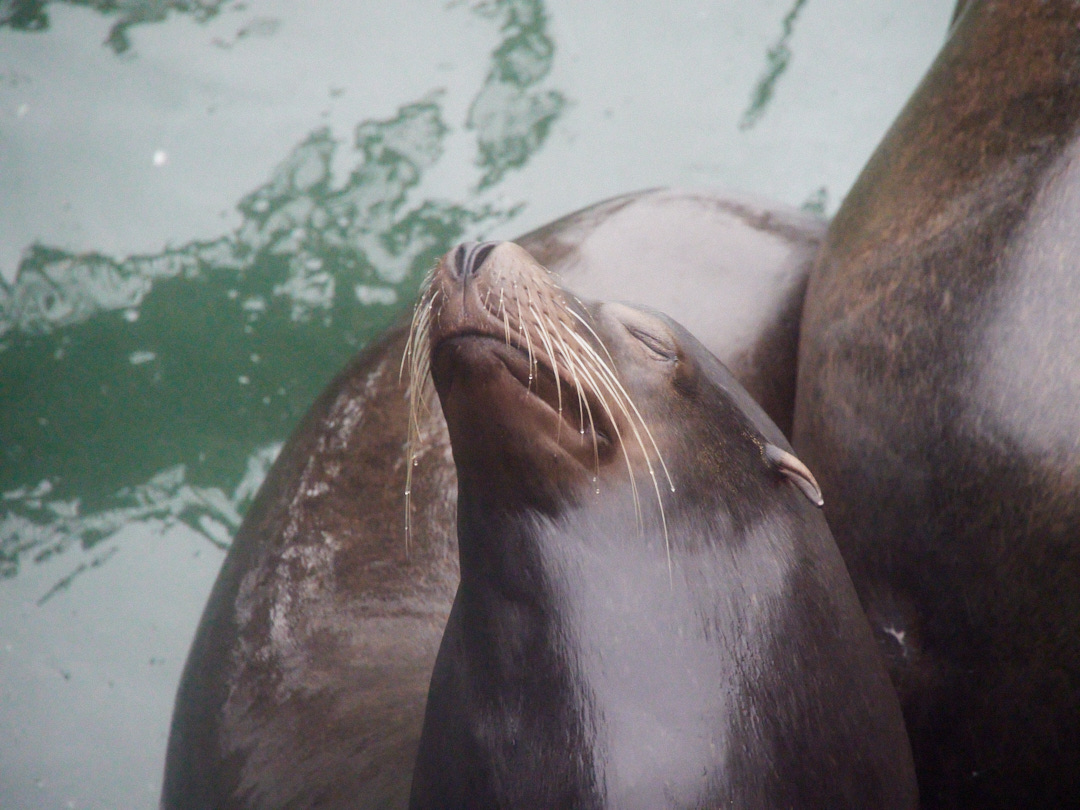 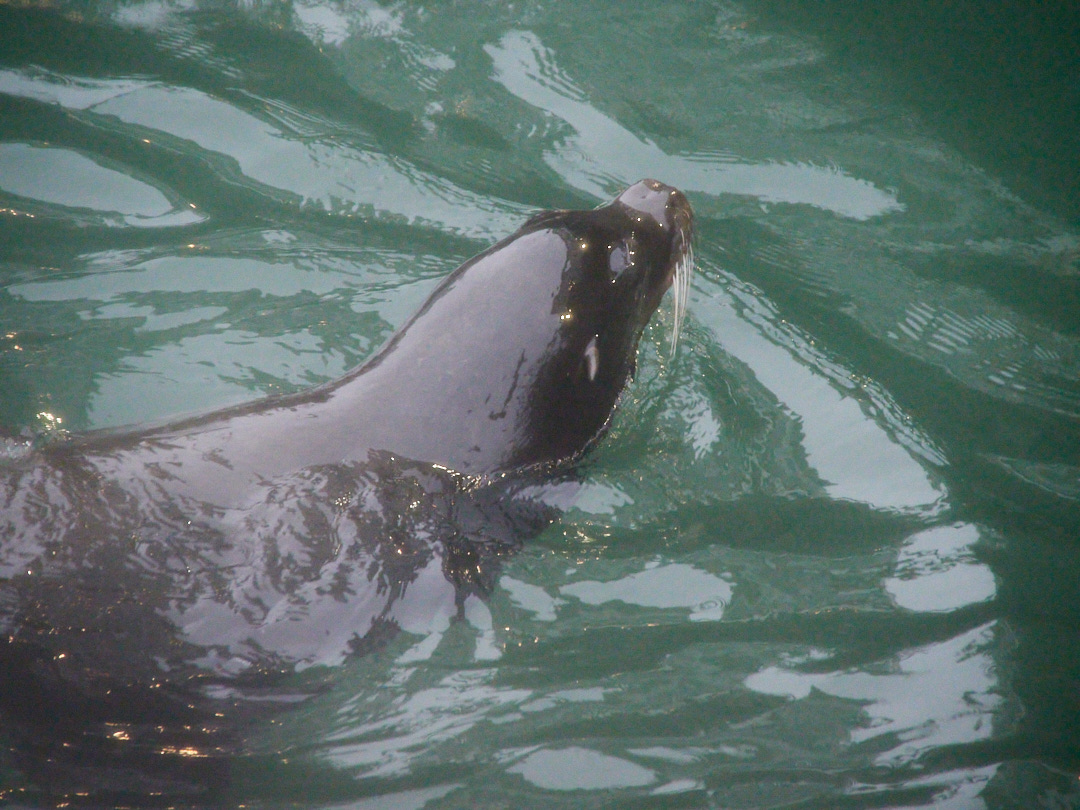 They really *glisten* in the sunlight, don't they?
×
× 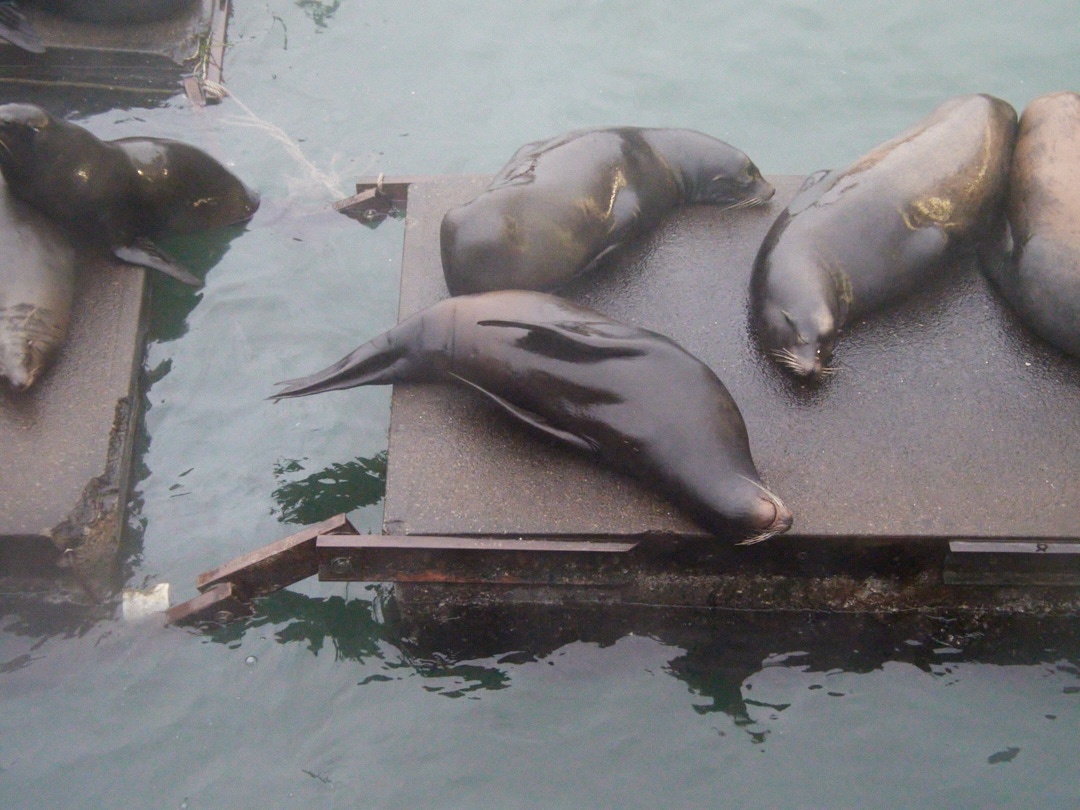 Shortly thereafter I stopped by Yaquina Bay Lighthouse. Cool spot. I was close enough to the lighthouse that no amount of clouds could keep me from spotting its beauty. 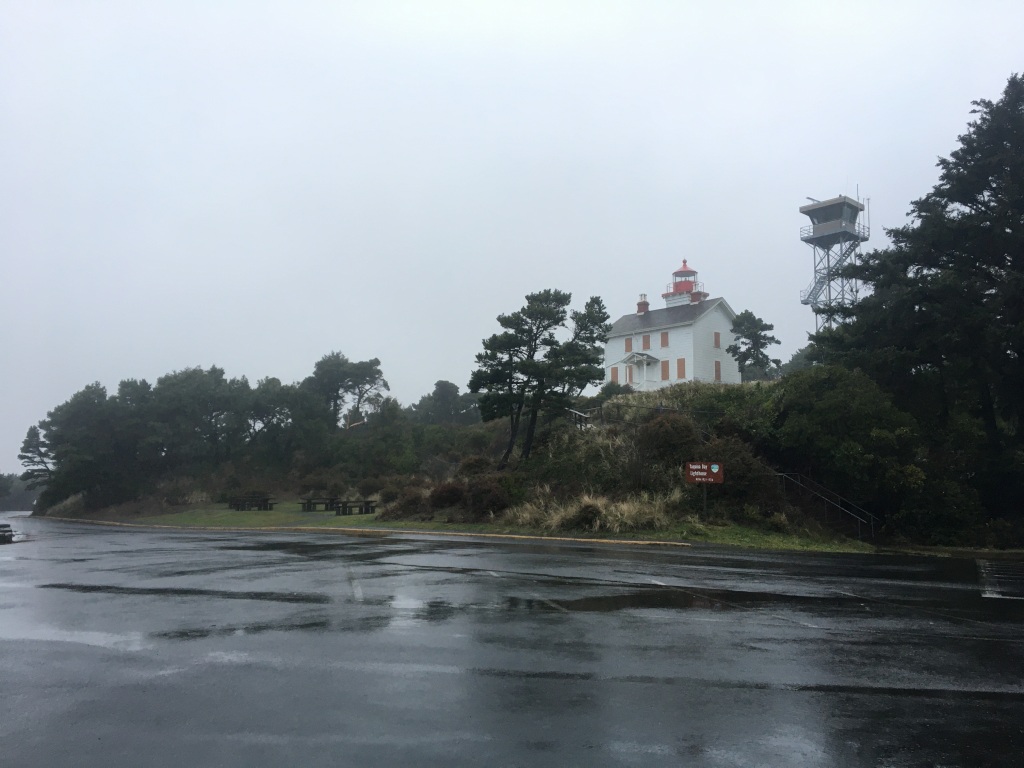 With little energy for left anything else, I hunted for a micro-USB cable, and ate a schwarma that tasted a bit too much like a gyro with a bunch of vinegar.

Oh, and I put in a normal workday.