What better way to celebrate "Presidents' Day," a U.S. Holiday, and apparently a day off from work than to hike up a trail named after a U.S. President?

I checked trail information over at the Washington Trail Association website before I left, and it seemed like it would be a good idea to park at the Middle Fork Trailhead and walk the extra 0.5 mi via connector trail or road to the Garfield Ledges Trailhead. The reason... was that the area was full of compacted snow, as of ~a week ago~.

Actually, it would have been quite passable in my hearty (?) VW, but I regret not one extra moment spent in mossy forest, gazing at the splendor of the mountains around me. Though, the connector trail did have some snowy sections, most of it had refrozen in such a fashion that it could support my weight without being too slippery. Every now and then, though, I'd fall in a bit... 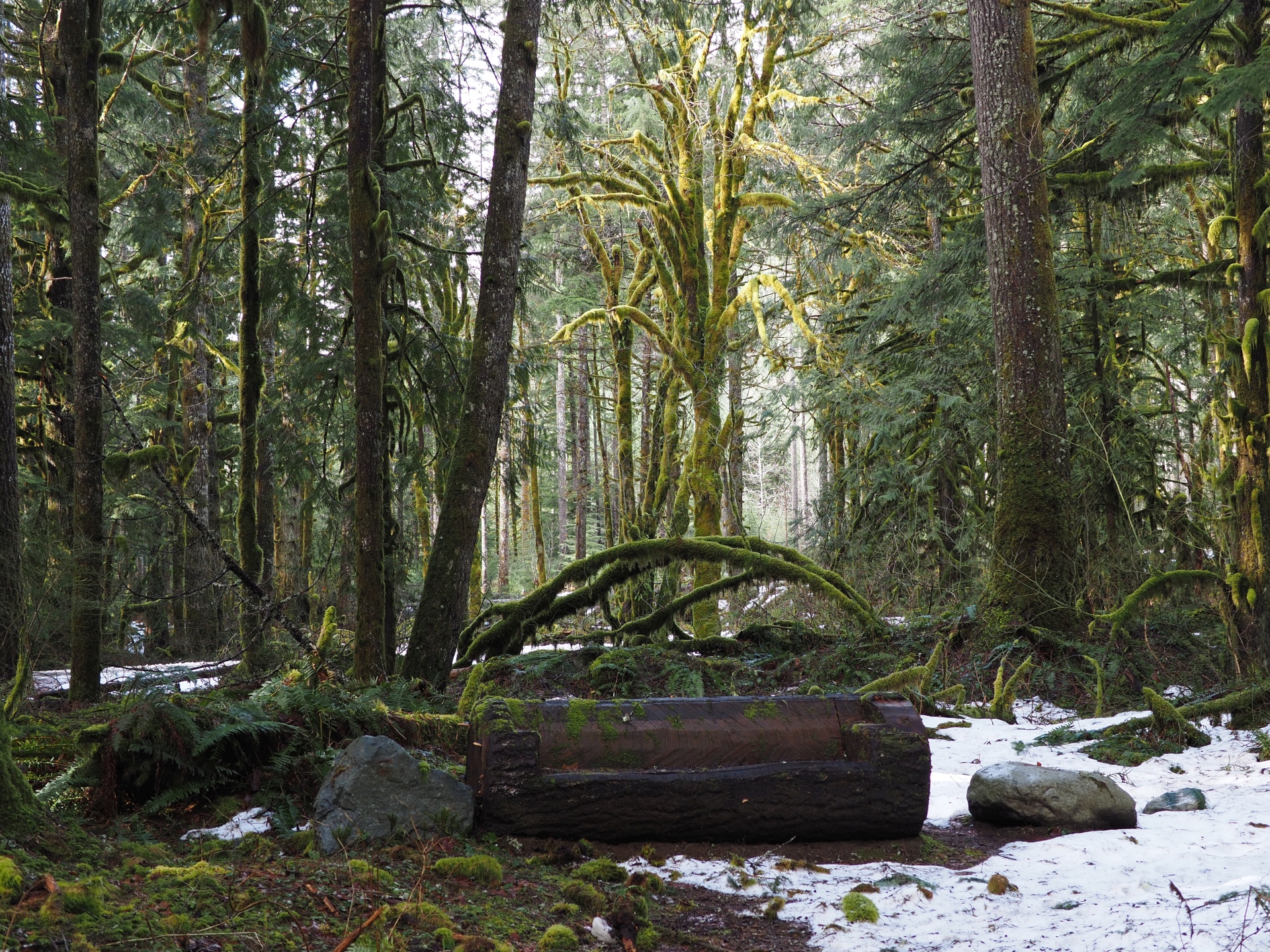 Once I reached the trailhead proper, it was a well-groomed, easy trip to the top, around numerous switchbacks up Garfield Mountain. There's really not too much to write here, because it's really not too difficult to climb 830ft in a mile and a bit and be done. 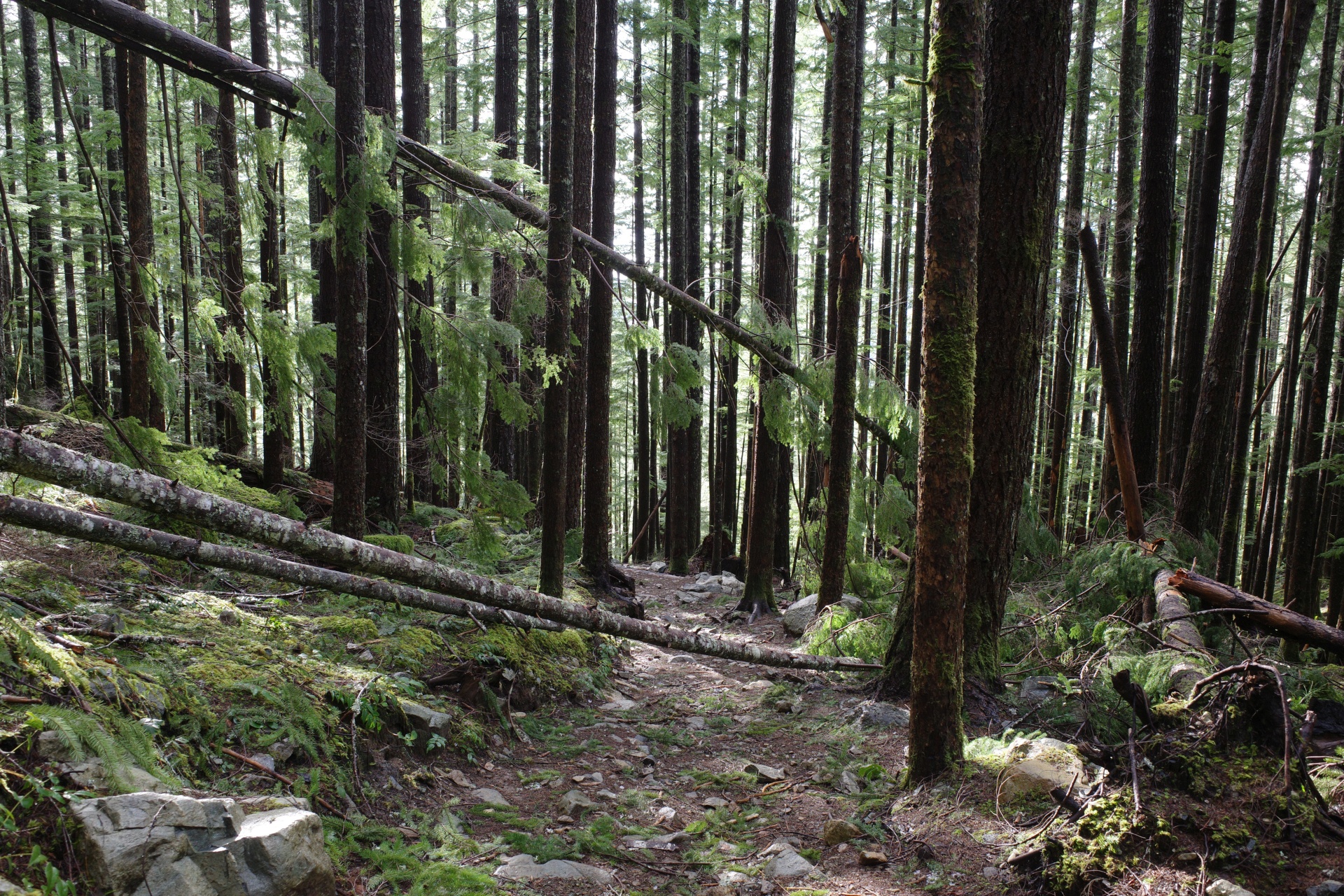 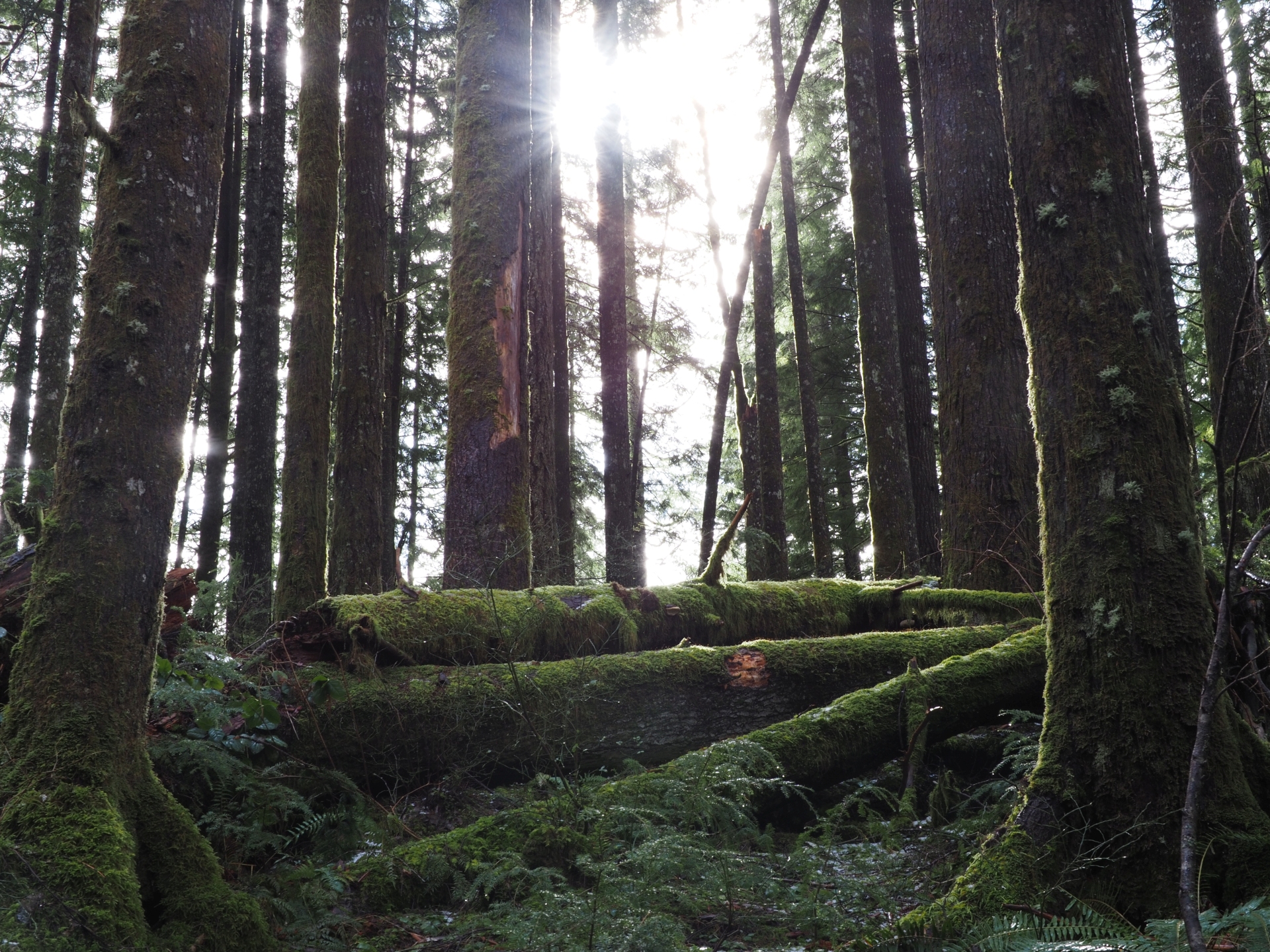 There are occasional previews of what is to come...
×
× 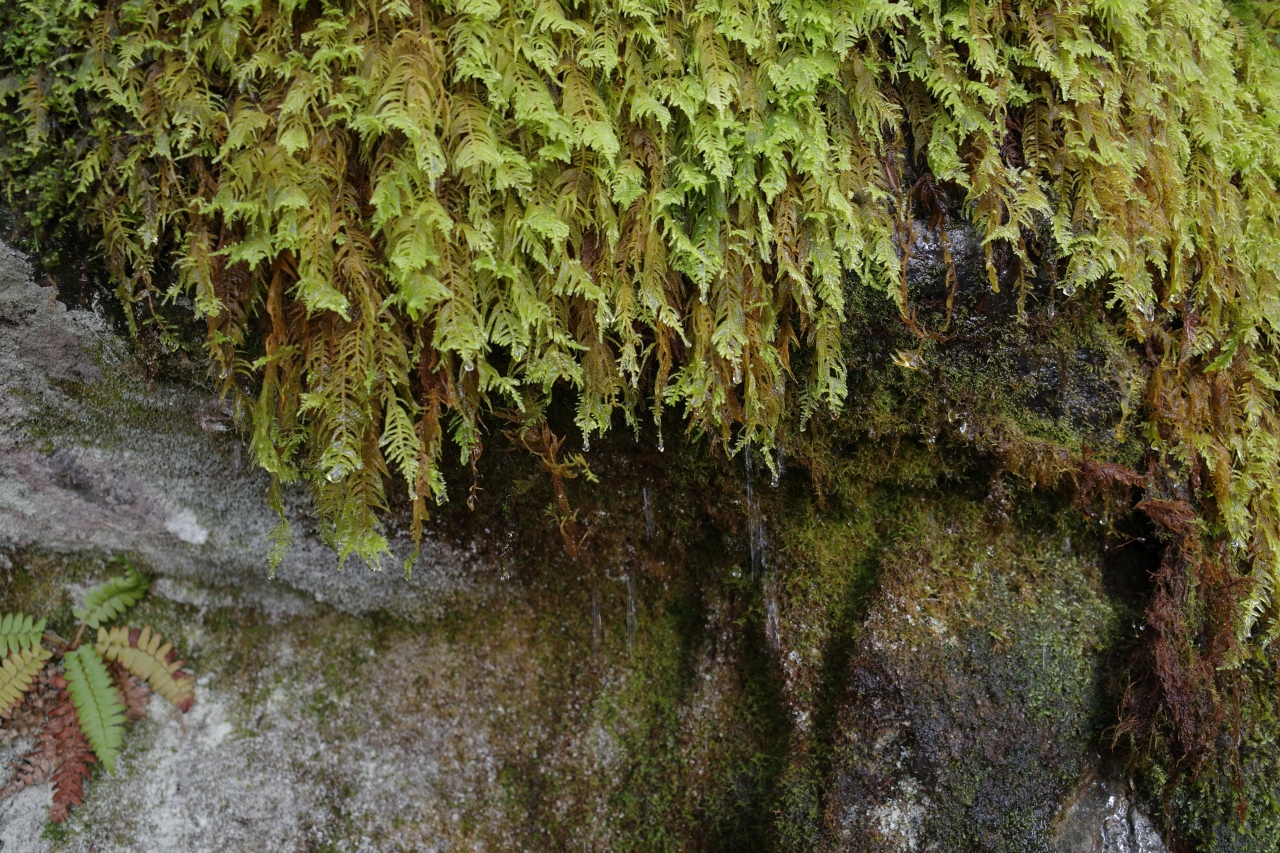 In terms of my own feeling, this whole "Middle Fork" area is beautiful, all the more so because of the snow, and the lack of crowdedness on this February monday. Walking in the forest and up the trail, I could really feel a nice sense of calm.

One other hiker passed me on the way up, seemingly talking on the phone, or to himself the whole way. Other than that, I was alone.

What views to enjoy at the summit. 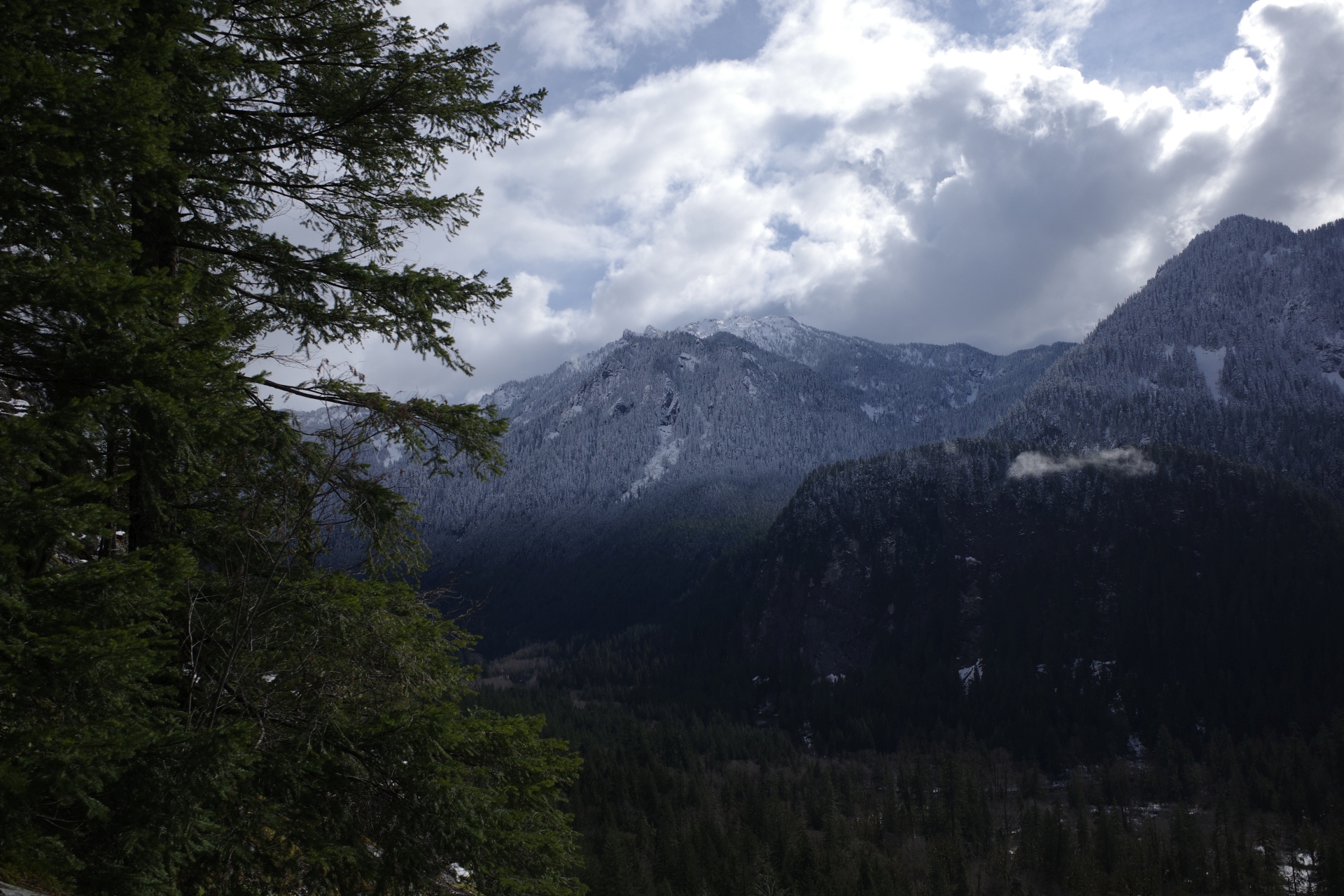 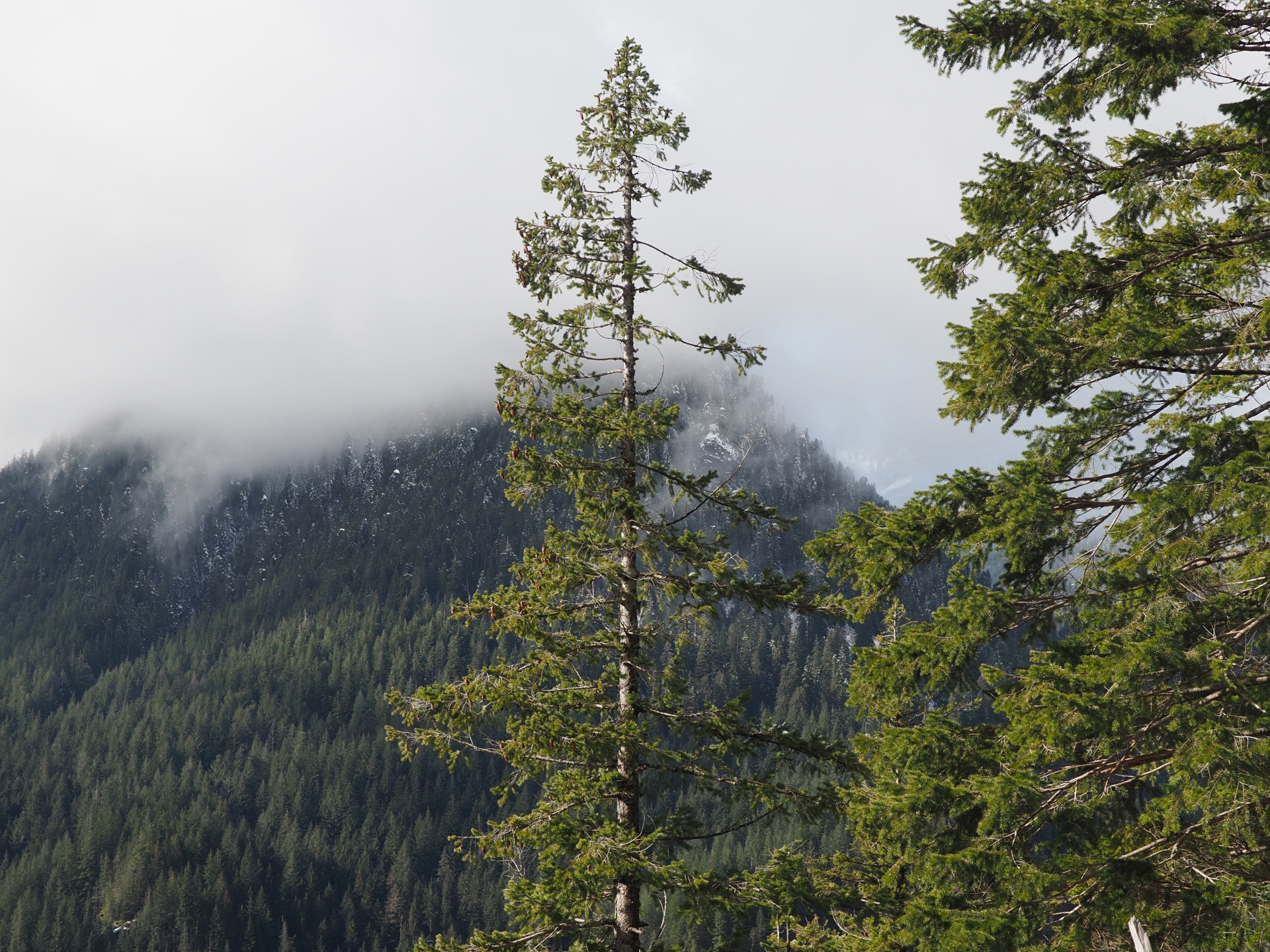 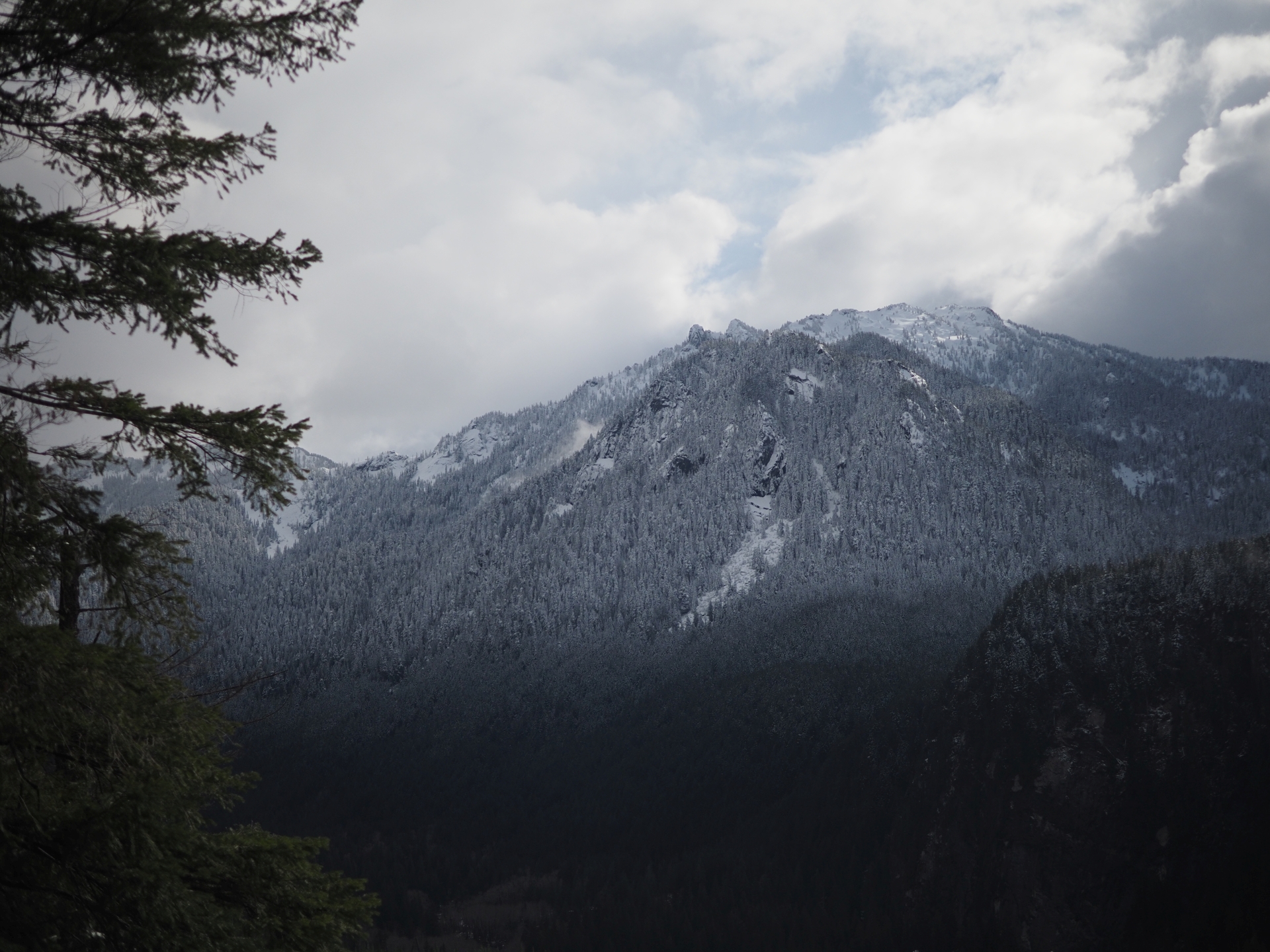 (I remembered to bring a circular polarizer this hike!) 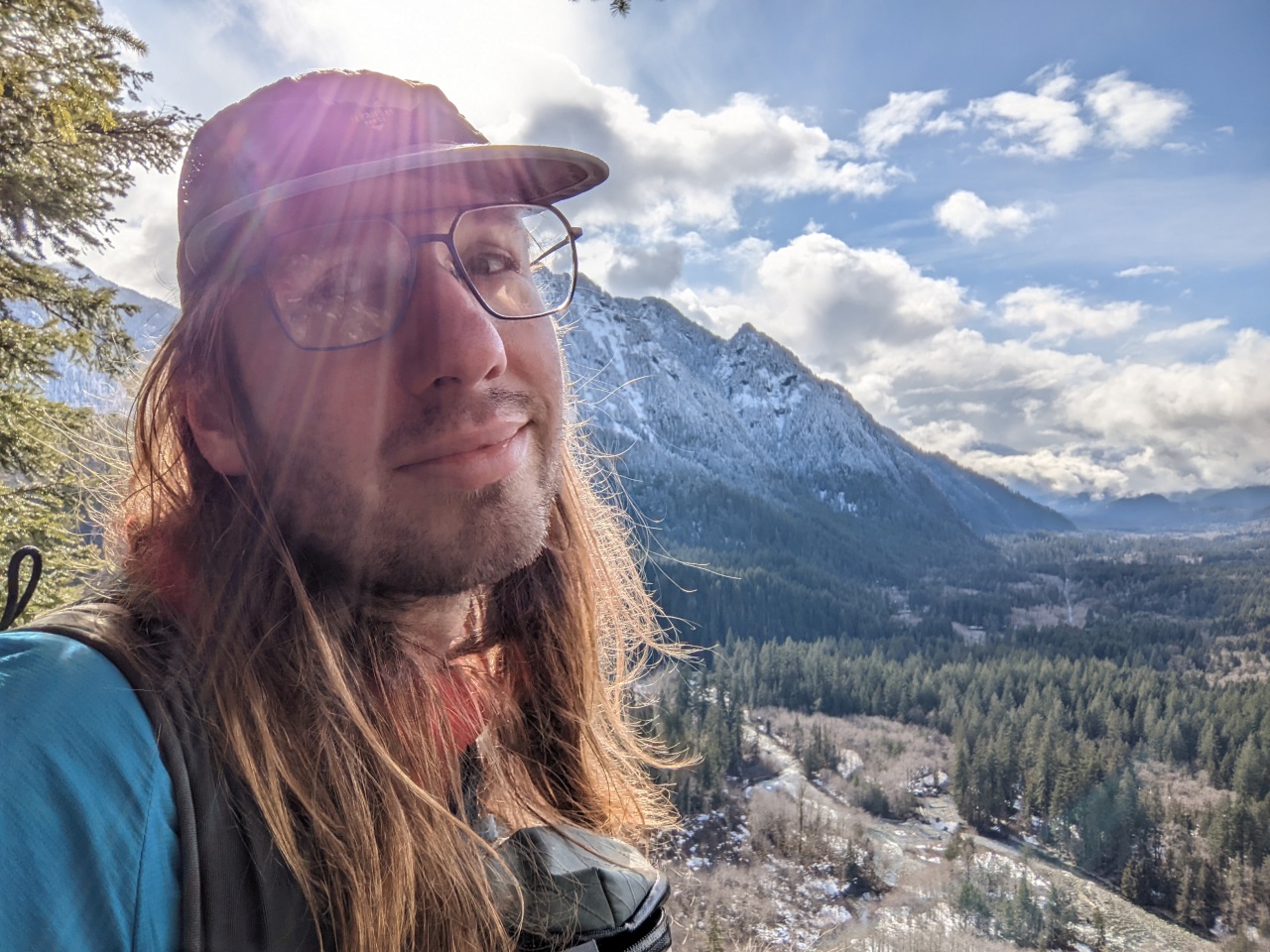 A flare-filled top of mountain selfie
×

I took my time on the way down, appreciating my surroundings one last time.

When I was 2/3 of the way down, the sky opened, and graupel began pouring down. Obviously, since I was nearly back to the car, this meant that I should slow down and get some more pictures. 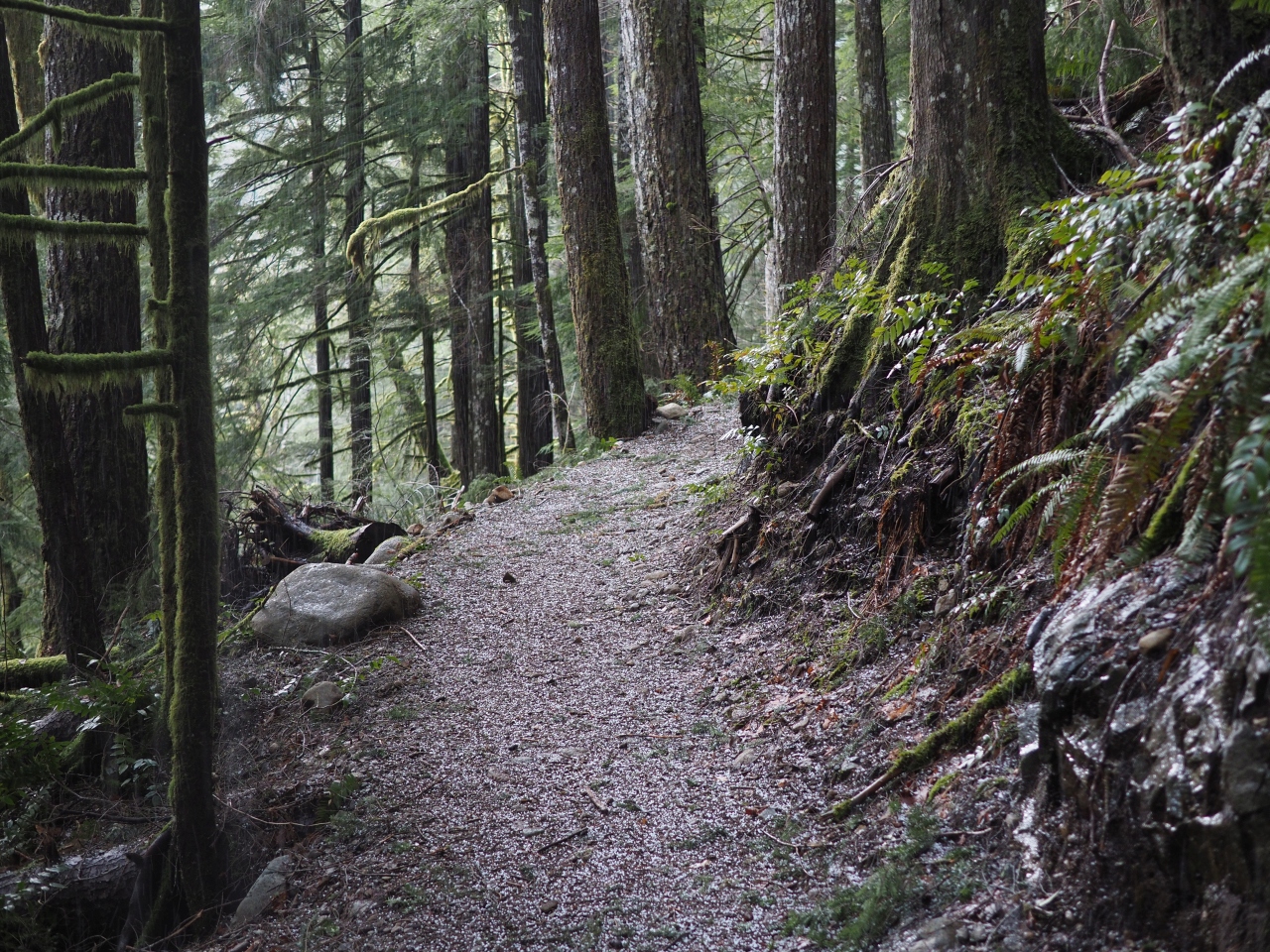 Graupel is formed when supercooled water droplets meet snowflakes. According to sage Wikipedia, it is "distinct from hail and ice pellets. Hail is common in thunderstorms, while graupel typically falls in winter storms and in convective showers especially at higher elevations."

(Incidentally, I a shot from this series for February's final 52 Frames entry)

I had never encountered it before, and it was fun, and not too painful. It would have been far, far less fun if I was on a longer walk, or not headed towards the car.

Once I returned to my vehicle, I hit a low-visibility, drizzly, heavily trafficked section of the interstate. (The perils of holiday hiking!)

When I left the mountain pass, the road spray was left behind too, but not the traffic. 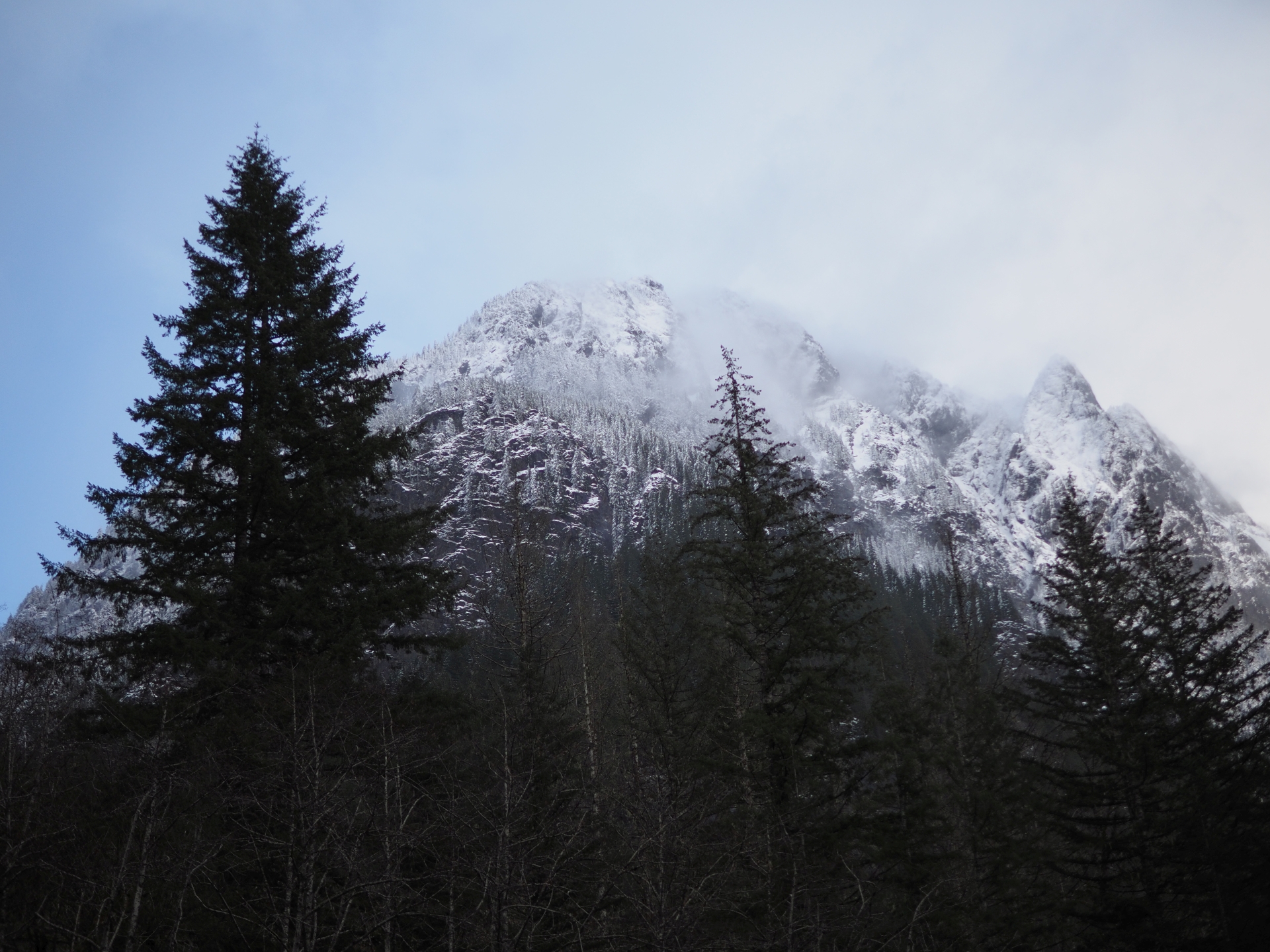