(Technically this is a Tuesday and not a Thursday, but you know... writing posts on time is hard stuff, eh?)

I've felt really enthusiastic about travel for about as long as I can remember, but it's only a bit more recently that I've felt as enthusiastic about solo travel. My first trip entirely by myself, where I wasn't planning on meeting anyone, was in the late days of October 2016.

Somewhere inside of me is an urge to see how far I can go. To push a boundary, to cross a line, and consequently to experience something, or to be changed in some way. The fact that this isn't a particularly relevant way to make choices, and can often lead to prioritizing things that might be... subpar decisions, is beside the point.

But, I can tell you that this... curiosity, if you will, meant I was not able to keep myself from buying direct bus ticket from Tokat, Turkey to Batumi, Georgia as soon as I found out such a thing was availible.

When I said that they sold a direct bus ticket from Tokat to Batumi, what I meant was that it was a one-seat trip, but not that it was a particularly direct one. The truth is that any major bus route between Tokat and the Eastern Black Sea actually will pass over to Amasya and Samsun, detouring several hours in the opposite direction for less treacherous highways and more populated city centers.

The other, perhaps more unpleasant truth is that the bus also doesn't actually take anyone to "Batumi." It travels to the Turkish-Georgian border, dumps out its passengers and their belongings, and proceeds across the border passenger-less to obtain petrol at lower prices, never to be seen again. The border crossing is conducted by foot, and once it is over, you will need an alternate means of conveyance to Batumi.

Under any normal circumstance, a marshutka (shared van transit) will show up, and you'll be good to go to the city center...

(I will eventually write a post on busses in the opposite direction, as it will give me the opportunity to talk about a lack of mozzarella sticks, herbal tea, and some really awkward conversations... But that's for another Thursday.)

I travelled to Batumi as the early onset of Winter began. Meaning that I arrived in a summer destination system long after things had wound down. And to be honest, I totally loved the feeling of that.

Batumi is a lot of things.

It's not particularly big, but it certainly doesn't feel small either. There's a weird mixture of architecture, between some late 1800s French buildings, which are grander than anything I found in East Anatolia, as well as some newer, flashy buildings built with new money. In between, there are of course, normal buildings that would be inhabited my normal people.

(In comparison to the old and new flash, some of the buildings more on the outskirts of the central tourist area are not very nice, and are a good reminder that the wealth displayed in the Batumi city center is not representative of much of Georgia, or an average Georgian citizen.)

What does Batumi offer the prospective traveller?

More than anything else, the Black Sea. And in the off season, a sense of calm.

There's Batumi Boulevard, an enchanting sea side walk with various sculptures and the like. There are some murals painted around town that I happened to really like.

Batumi boasts a cable car (teleferik), which goes up to a mountain with a cafe. It's a calm ride, and it's particularly fun when the car travels over the historic city center, coming close to the spire at the top of a tall building. You can get some pretty impressive views.

There's also a Ferris Wheel, which rotates at ludicrously slow speed. (You get one rotation per ride.) I nominate this one for the "not worth it, but I was bored" award.

Perhaps it's a bit untouristic, but I did really like being able to see all of the container ships in the port area of town. Yes, the shipping industry contributes to a lot of pollution, and by many standards it's probably an eyesore, but also, the containers are colorful.

Also it's totally Las Vegas (not!)

Another big attraction in Batumi is gambling. Enough so that there are a number of travel websites or blogs that try to claim that Batumi is somehow akin to being a Las Vegas of the Caucasuses. I don't think this is a particularly true depiction. Casinos in Las Vegas are designed to be as inviting and attractive as possible, whereas casinos in Batumi appear to be small scale gambling facilities, simple storefronts and the like. These are prominent, but to my memory, a distinctly unatmospheric contrast to the rest of the city.

I would bet that gambling is only so prominent in Batumi, due to its proximity to Turkey, where gambling is banned. And indeed, on my second pass through Batumi, I did meet a Turkish guy from Ordu who told me he travels there regularly specifically because gambling is legal there.

A bit outside of Batumi are some gardens, which are supposed to be pretty impressive. I have not ventured there. Also, there are some universities and the like. (Where I once walked in and tried to see if I could ask them for a job, which obviously did not pan out.) Parks. Zoo? Yeah.

Also, there happen to be a few small art spaces. Batumi Contemporary Art Space was the most memorable of these, where I saw an exhibition on the works of a St. Petersburg art collectives (Novie Tupie, New Dumbs, Milo Soup, and Sever 7), whose work was pretty damn actionist in nature. Something, something, archival video footage of artists putting a pig's head on a sleigh.

It's a small, easily overlooked space with limited hours, but I think it would be worth checking out if one has the time and volition.

To get a pretty good sense of the city landscape, there's some lovely drone footage on youtube. 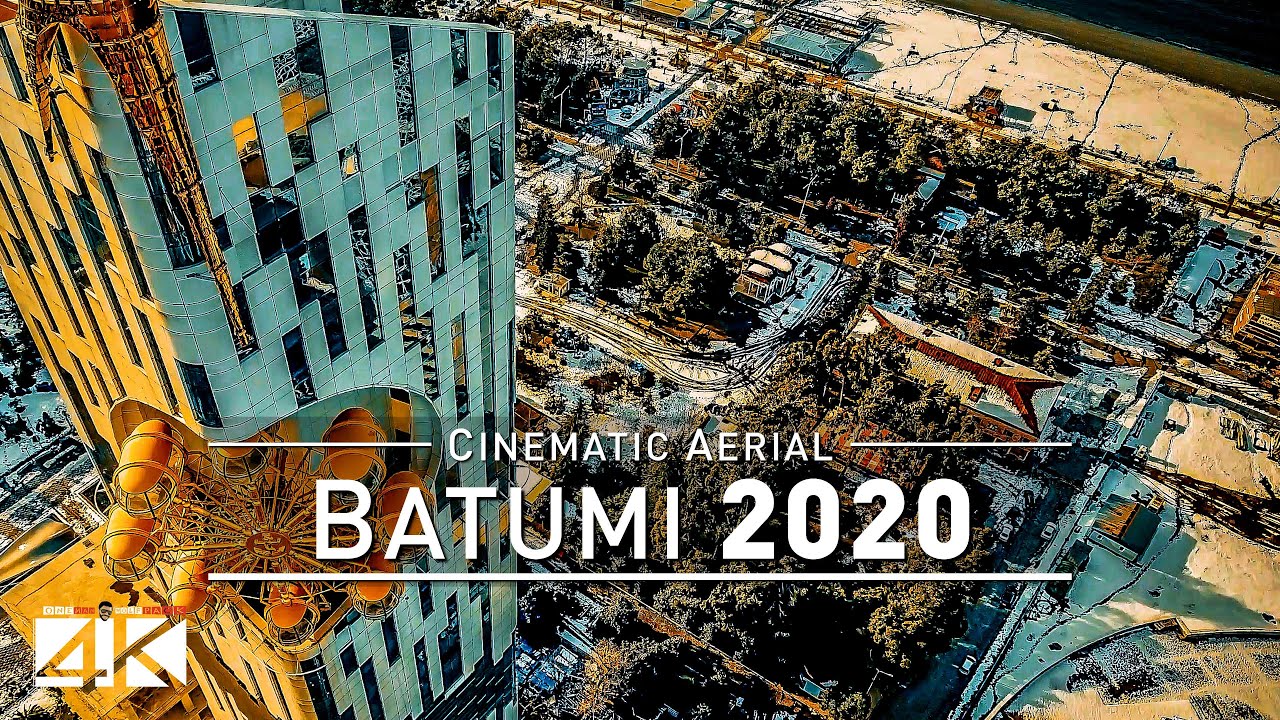 Most of the other videos appear to be travel vloggers. Virtually all of them are either comparing Batumi to Las Vegas, or attempting to swindle people into buying apartments in buildings that are still under construction. (Questionable real estate development practices are, I suppose, widespread enough for even Donald Trump to have been involved in promoting them in Batumi.)

To speak of the food

As a tourist town, the eateries catered primarily to foreign tastes. But, believe me. I did not want to cross out of Turkey in order to get Turkish food.

Georgian restaurants do exist, but boy, they are outnumbered.

That said, I had Adjarian Khacapuri for the first time, in Adjaria, where I naturally committed the faux pas of not stirring the damn thing initially. I think I had only easily come across a couple of Georgian restaurants, so I ate at those repeatedly.

Oddly enough, I had read portions of The Semiotics of Drink and Drinking years ago, which featured a very nice discussion of the shift in branding and advertising for Lagidze Water during the transition from communism to capitalism.

Wine is the primary drink in Georgia, though in general I was just glad to be able to get alcohol without the restrictive tax rate imposed in Turkey. Two bottles of wine are the amount one is allowed to transport into Turkey.

The primary feeling I remember in Batumi was relaxed freedom. But I had also felt some loneliness and some trepidation. I had especially felt trepidation on the bus trip to Batumi, since after all, I had never visited Georgia before, did not speak the language, and had basically bought a one-way ticket to a town which WikiTravel mainly told me was full of casinos. I hadn't done much research (though in truth, I didn't really need to.)

At the time, I absolutely swore on Triposo as an app, since it allowed me to easily download travel guides and maps and string together a plan of things to do with minimal effort. Since those days though, either the app has become buggier than it was, or their support for old phones is lagging, but I literally cannot get the damned thing to function anymore. Ah well.

Perhaps I have an exaggerated affection for the city based on the newfound sense of freedom I had there as a solo traveller. I've found that often times my emotions towards a place are colored by my mood when I am there at least as much as anything place specific, and I was honestly just thrilled to have a change of scenery, and to enjoy the beautiful architecture and Black Sea coast without too much nonsense.