The 25th of September was a day of highs and lows. Of petroglyphs and disappointment. Of exclamation points, croquettes, and wasting-away sofas.

You've already heard about some Celebration and Disappointment, but there are still some 3-D glasses to wear! Some games of "the six degrees of Andrew Wilkinson" to play! Some museums to visit!

So let's get into it!


I had some friends who lived Boise, but between when I got the job offer in Seattle and when I actually embarked on my journey, they had moved out.

So, there was only one thing on my mind when I pulled into Boise: Basque food.

You see, on the fourteenth of September, I had received this message from my good pal Andrew Wilkinson:

Okay, so, if you pass through Boise, you shall eat at Café Guernica, which is where my friend Elisha's husband's brother works. It is Basque food.

And, though we disagreed about the Runza, I had a feeling we would agree about good Basque food. Wholeheartedly.

My other main impression of Boise came from some conversations I had had some five years prior. Whilst a friend was recovering from injuries in the hospital, I went with her father to get a cup of coffee. He had apparently visited quite a lot of U.S. Cities for business travel, and of all of them, seemed to have been most pleasantly surprised by Boise.

So was it worth the hype? 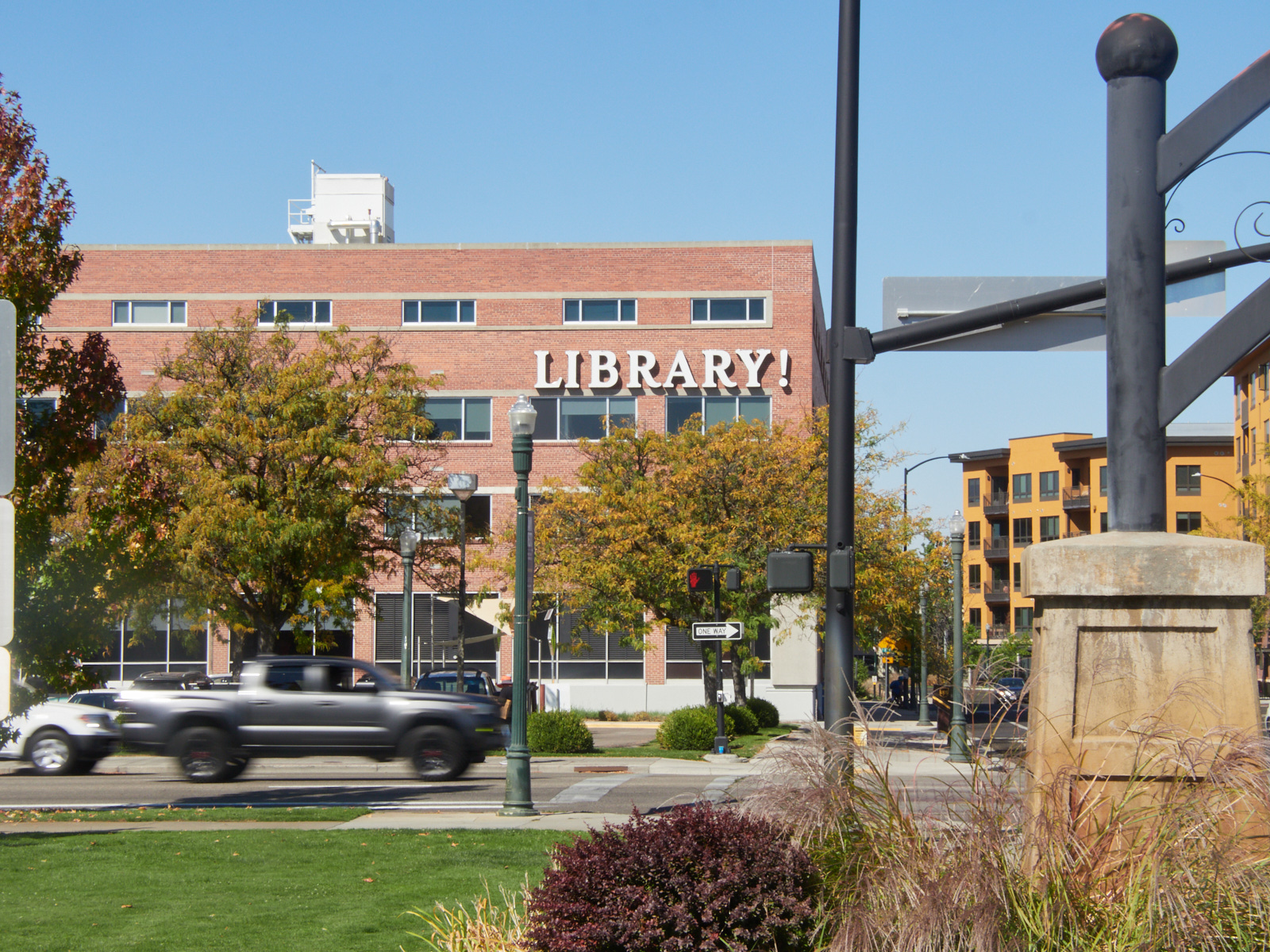 I parked near the rose garden and hit up the Boise Museum of Art. There I experienced quite a lot of art that was quite critical of structural racism and imperialism in U.S. history. A rather refreshing viewpoint after all that pro-Pioneer stuff.

I finished with that museum, and I still wasn't quite ready to grab some grub, so I headed to the Idaho State Museum, which seemed mostly tailored towards children, and absolutely down with all the pro-Pioneer stuff. 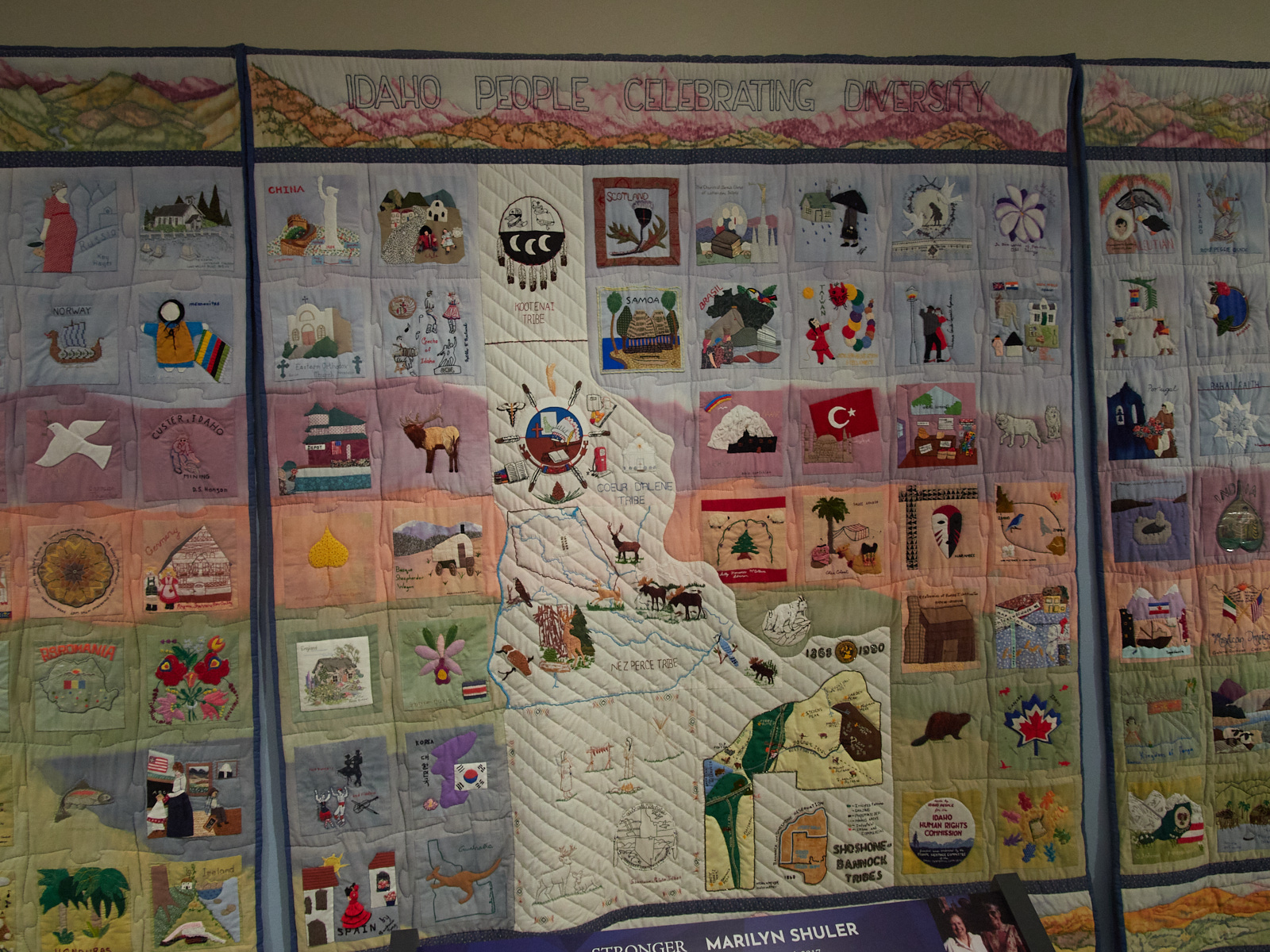 And also down with quilts weaved out of all of the places Idahoans have come from. Notice any familiar ones?
×

So, it's perhaps unsurprising that I left that museum early as soon as I realized that there was a Basque museum nearby. 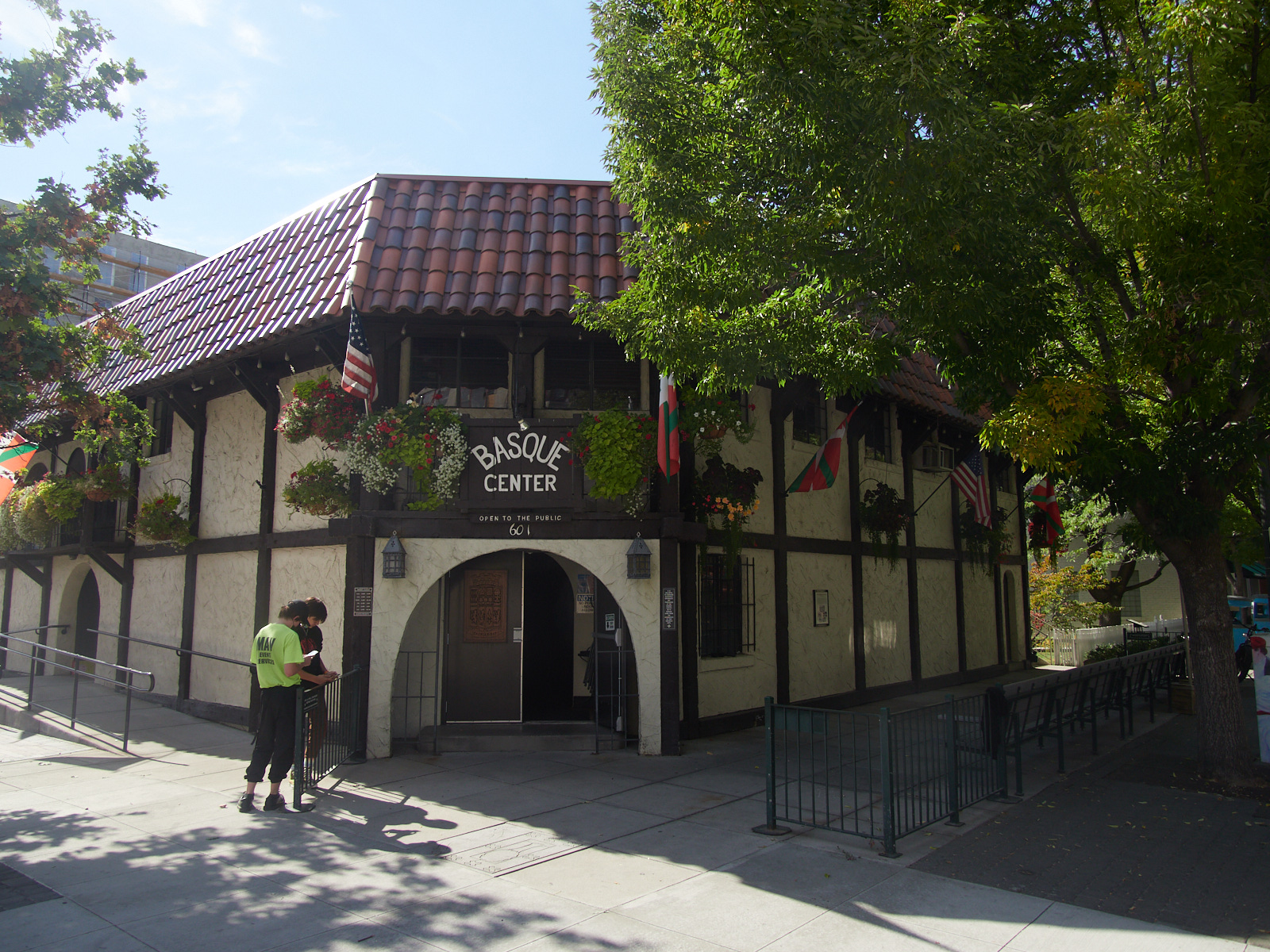 The Basque Center detailed the migration of Basque immigrants to Idaho and the American West. Many hoped to strike it rich in gold rushes, but wound up taking on arduous work for low pay as sheepherders.

There are a few old photos in stereoscopic 3D, for which you are welcome to wear goofy red-cyan glasses.
× 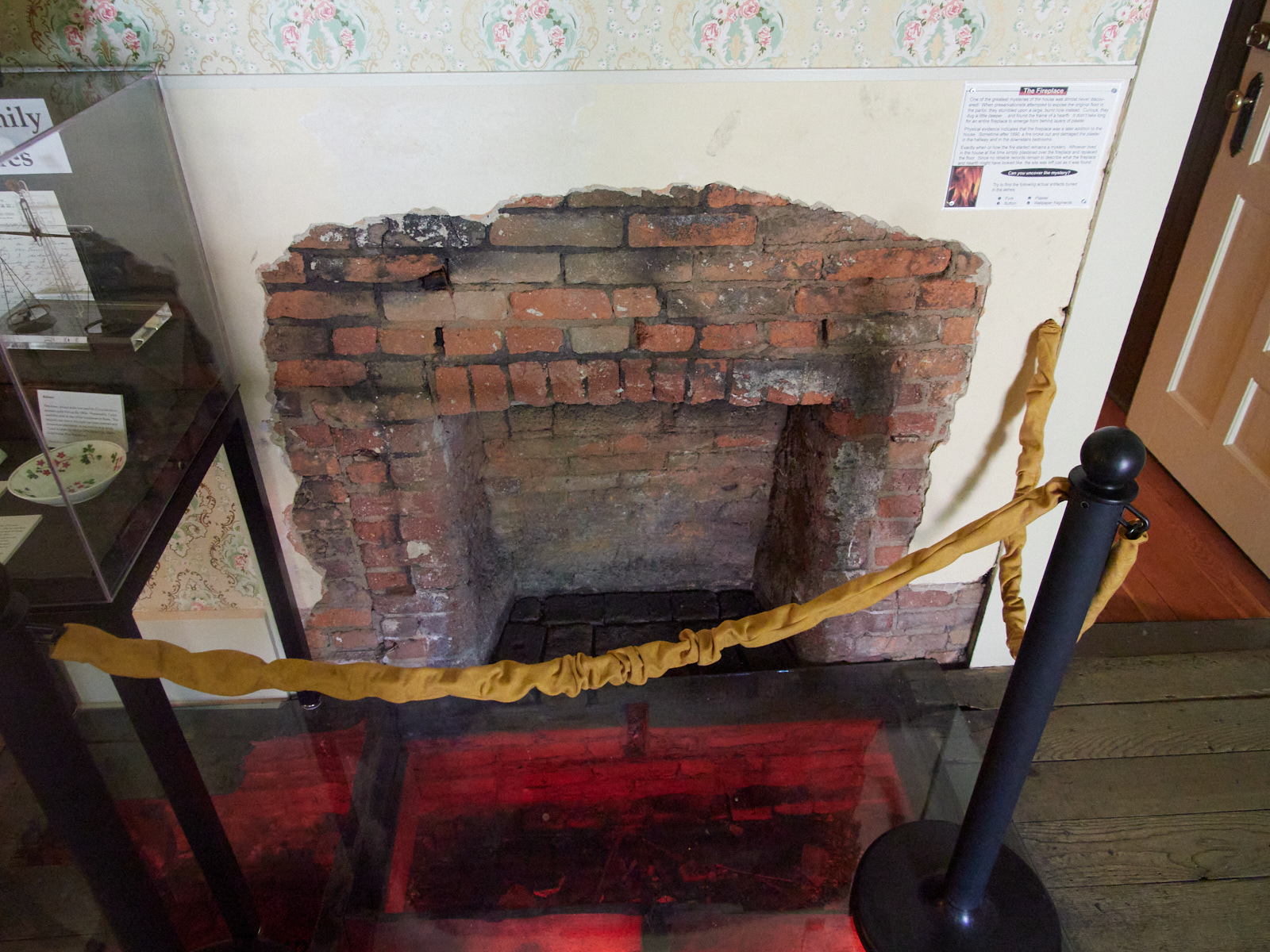 But, the main attraction for me was the Cyrus Jacobs/Uberuaga House, a boarding house used by Basque migrant workers from 1910-1969. Its tiny, multi-bed rooms and small toilet under the stairs stand in stark contrast to historic homes I had visited in the past owned by the wealthy. 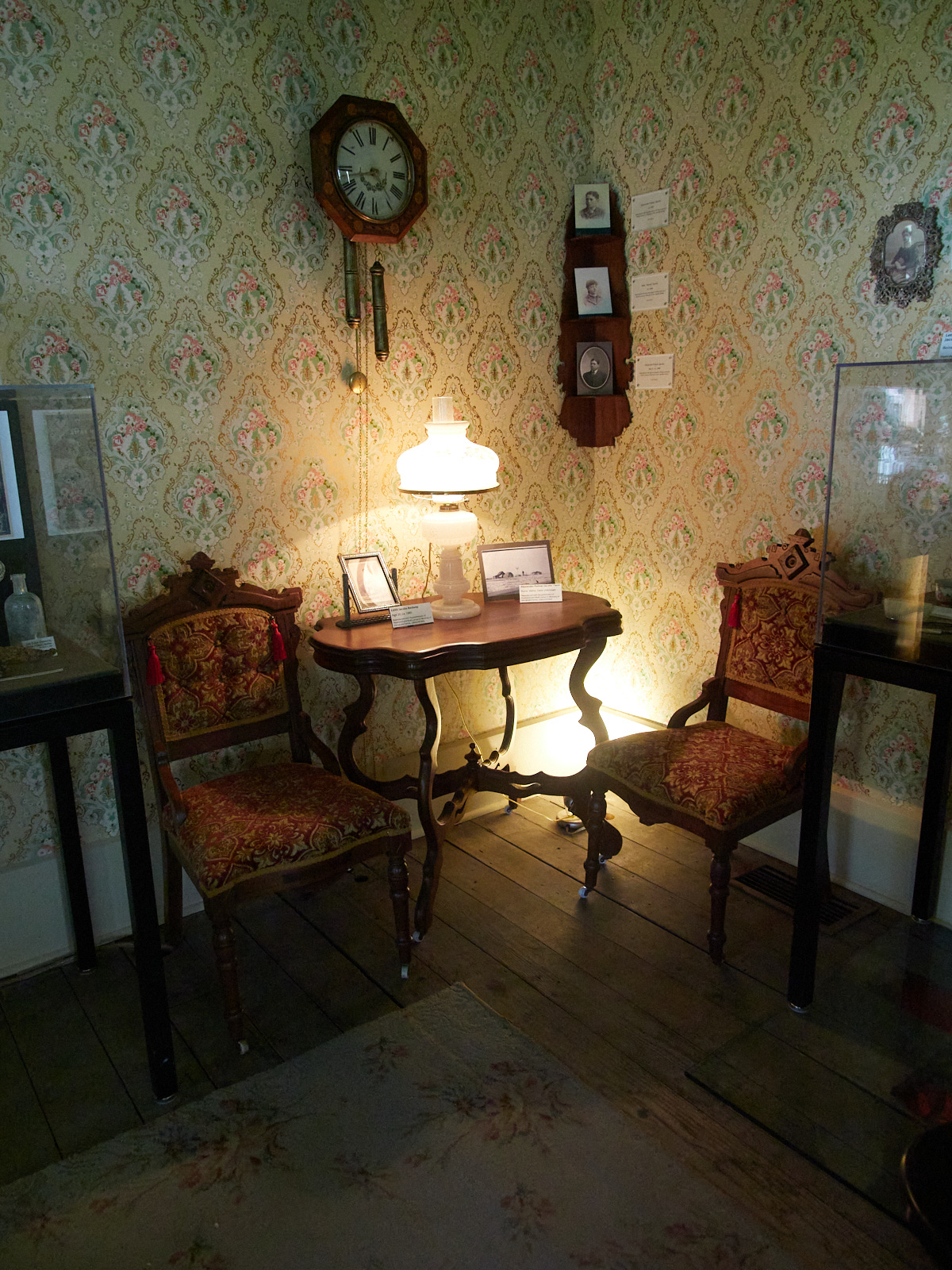 Unfortunately, I took a few of my favorite photos of the Basque boarding house on my iPhone, and they have since entered the void. (The few I messaged to Andrew survived because cloud.)

By this point in the day, I had worked up an appetite. Andrew's recommended restaurant seemed less crowded, so I hit it up. 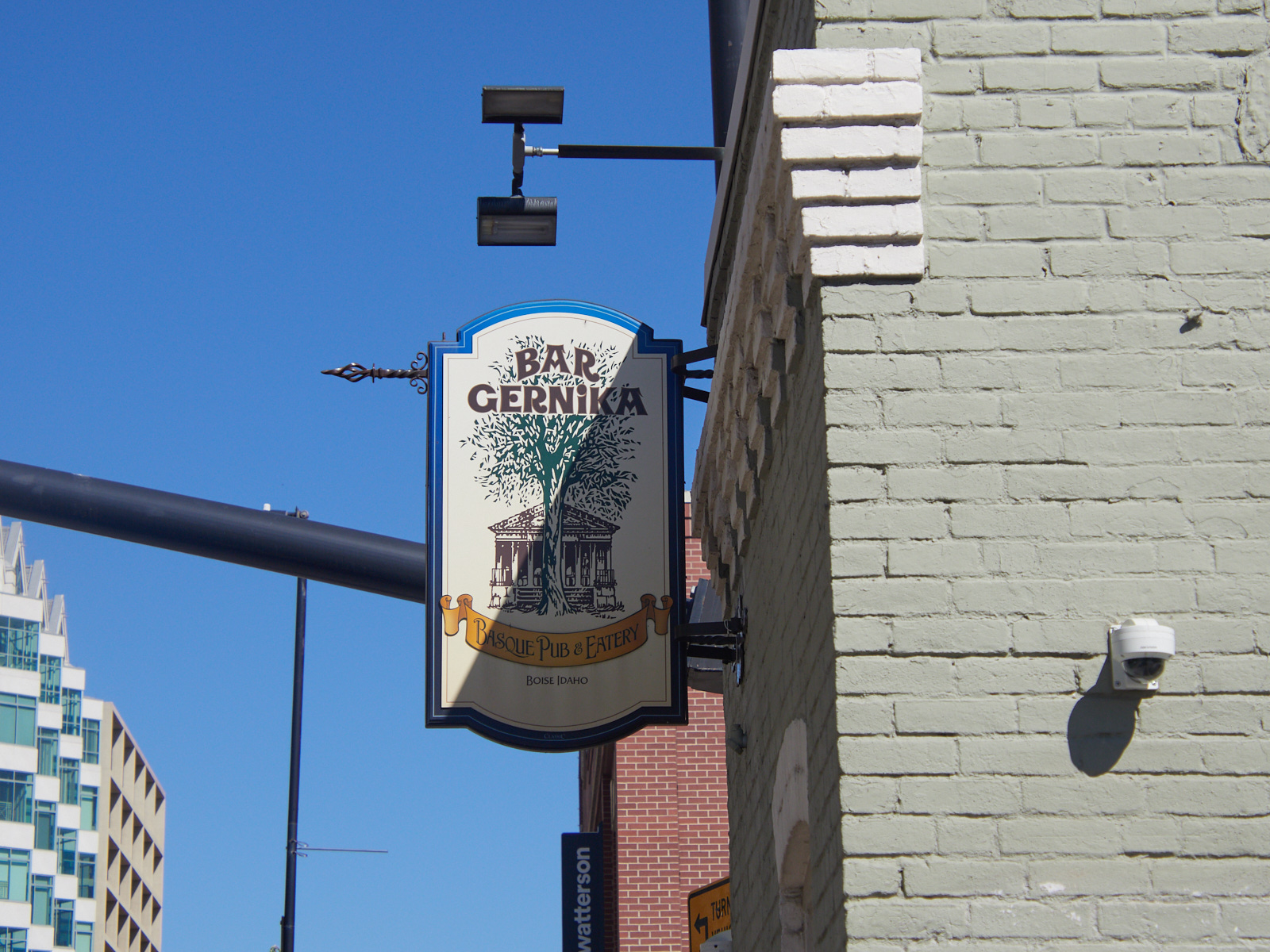 There I enjoyed a beer, and a Solmo sandwich ("marinated pork tenderloin with pimientos served on a French baguette") with a side of croquetas. Oh, and some tortilla. 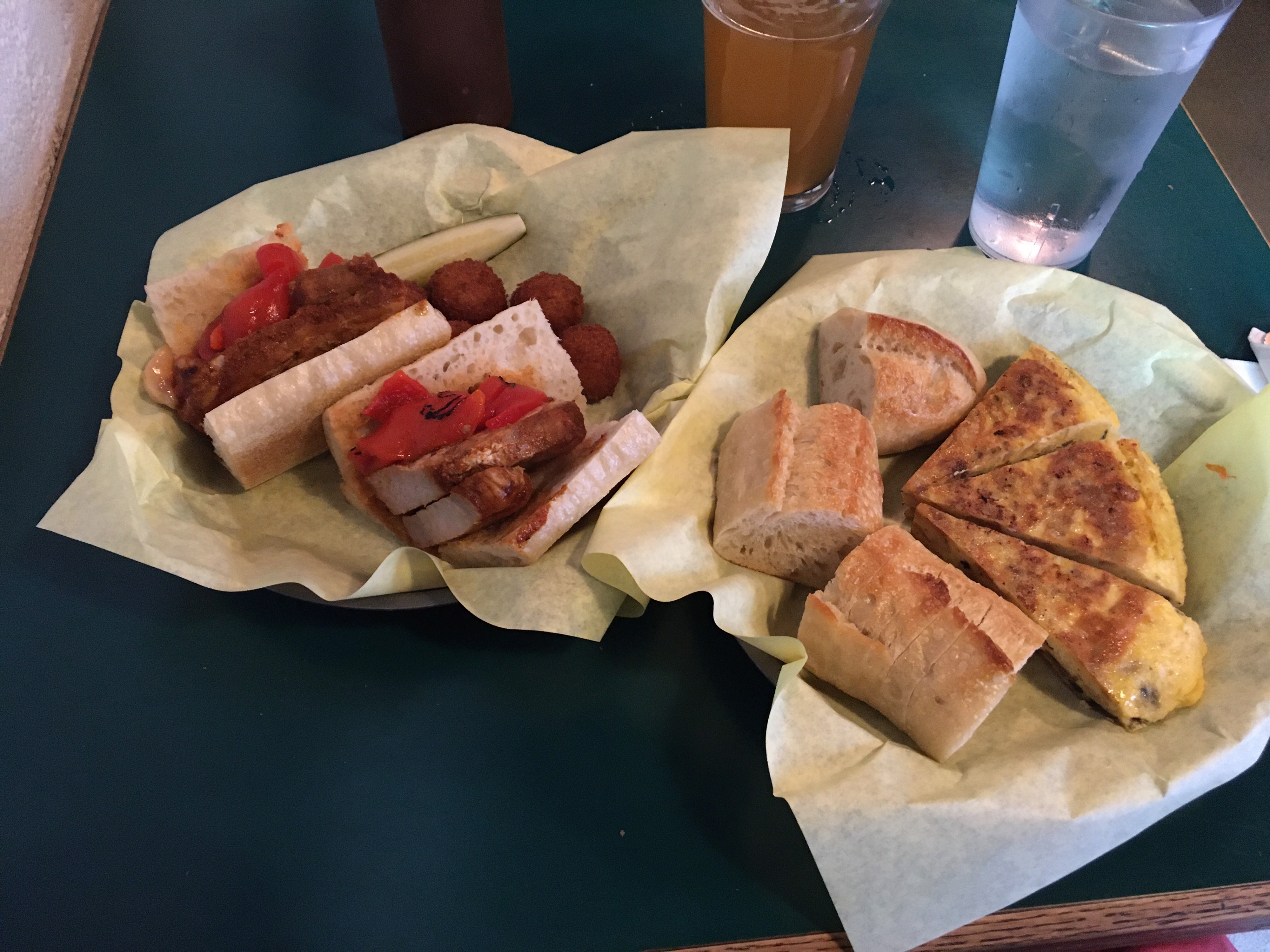 Did I mention that I had delayed going there because I had hoped to get all of my meals of the day in at once?

Oh, and by the way, my server was indeed Andrew's friend Elisha's husband's brother. Small world.

Very full, and very happy, I went on a stroll past a little more of downtown Boise. 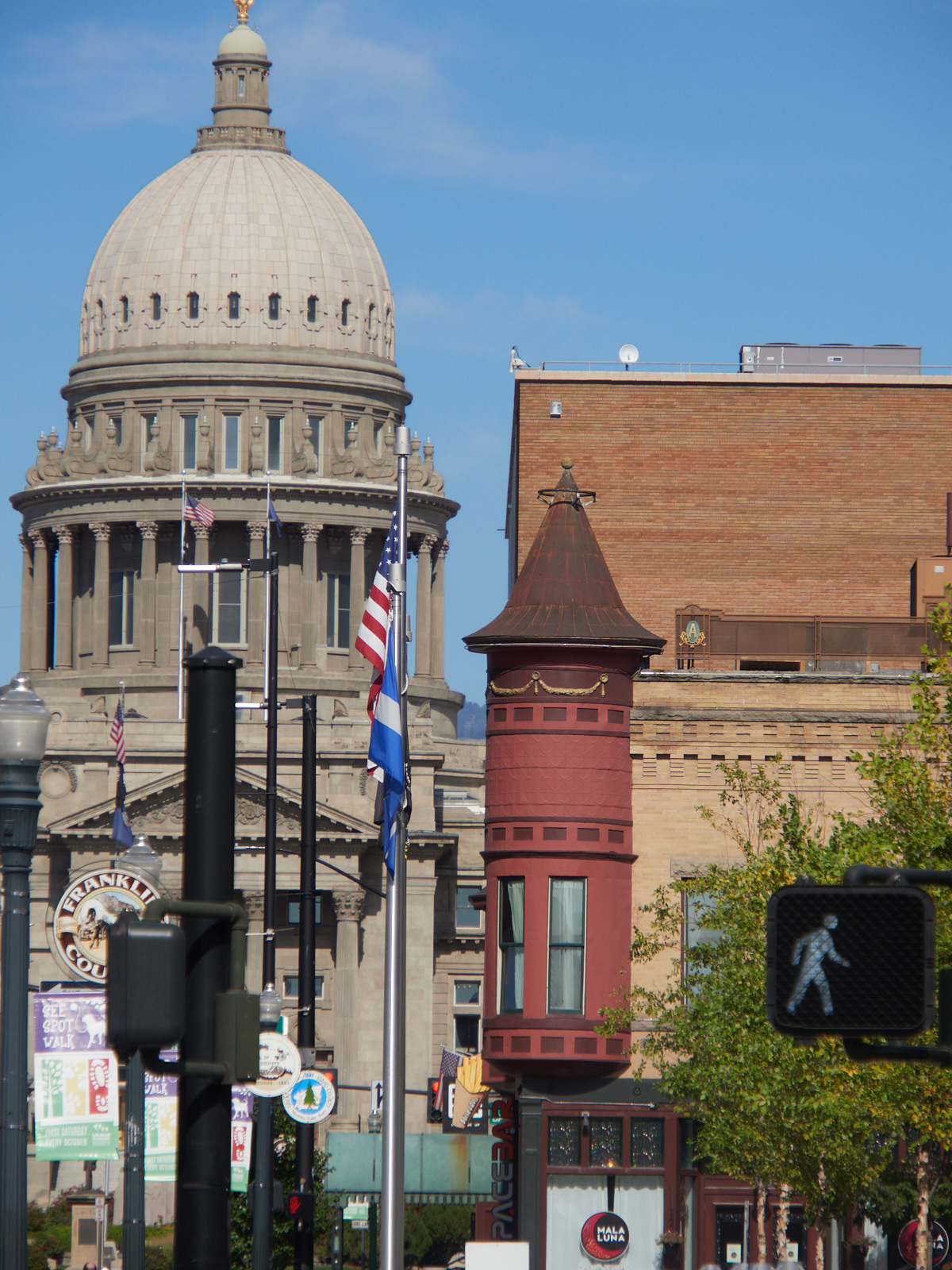 After that, I headed to my Airbnb -- a room in a house that was thankfully peaceful and clean -- and called it a night.

The next day, I planned to cross state lines twice, winding up not far from Seattle...