Little Si was my choice for a first post-COVID hike.

Doing a bunch of hiking, then lazing around ill, and then trying not to push myself too meant that this was the first post-COVID mountain I'd climb, and I'd say it was a good choice.

It was fairly short, fairly moderate (though it has some steep and rocky sections), and.. only fairly crowded on this particular drizzly Saturday in February. I had thought about going elsewhere, but I had hoped the weather conditions would help ensure that the hike would be less crowded.

...and by less crowded, I guess what I mean is, I managed to get the last parking space in the main trailhead lot, but only because someone was just leaving when I arrived.

The initial climb is fairly steep, but also rewarding, as it gives the hiker an early taste of what is to come just steps away from the parking lot. (It also gives hikers an intimate view of nearby homes' roofs.) 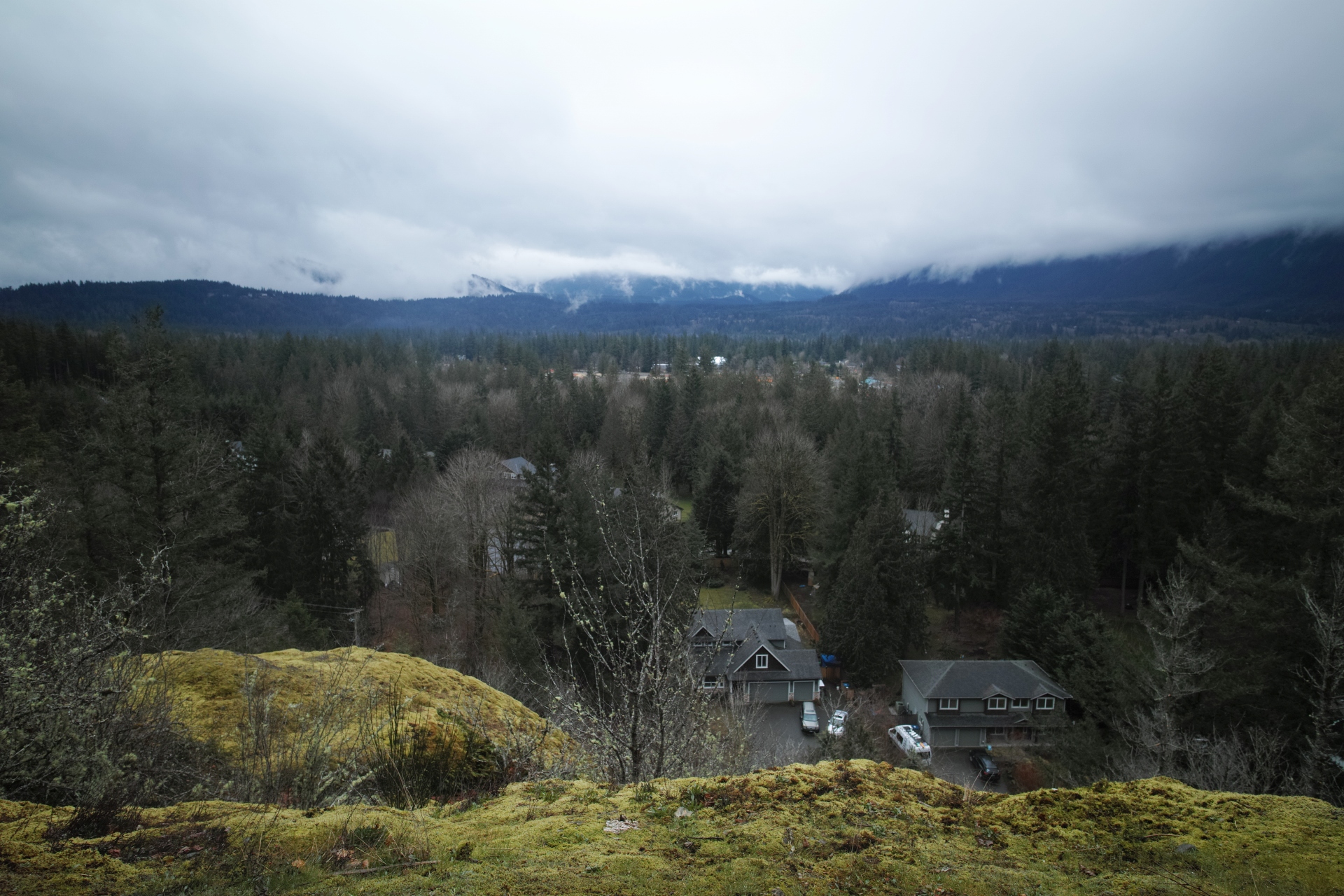 From there, the trail levels out for a stretch, passing through mossy forests, and passing by a flowing stream. After this, the trail continues its ascent in increasingly shaded forest. Couple the shade of the forest with cloud cover, and it felt a bit like a twilight despite being just before noon.

Of course, it's punctuated by rays of sunlight striking leafy green boulders and mossy trees, but it's mostly shadow-y. 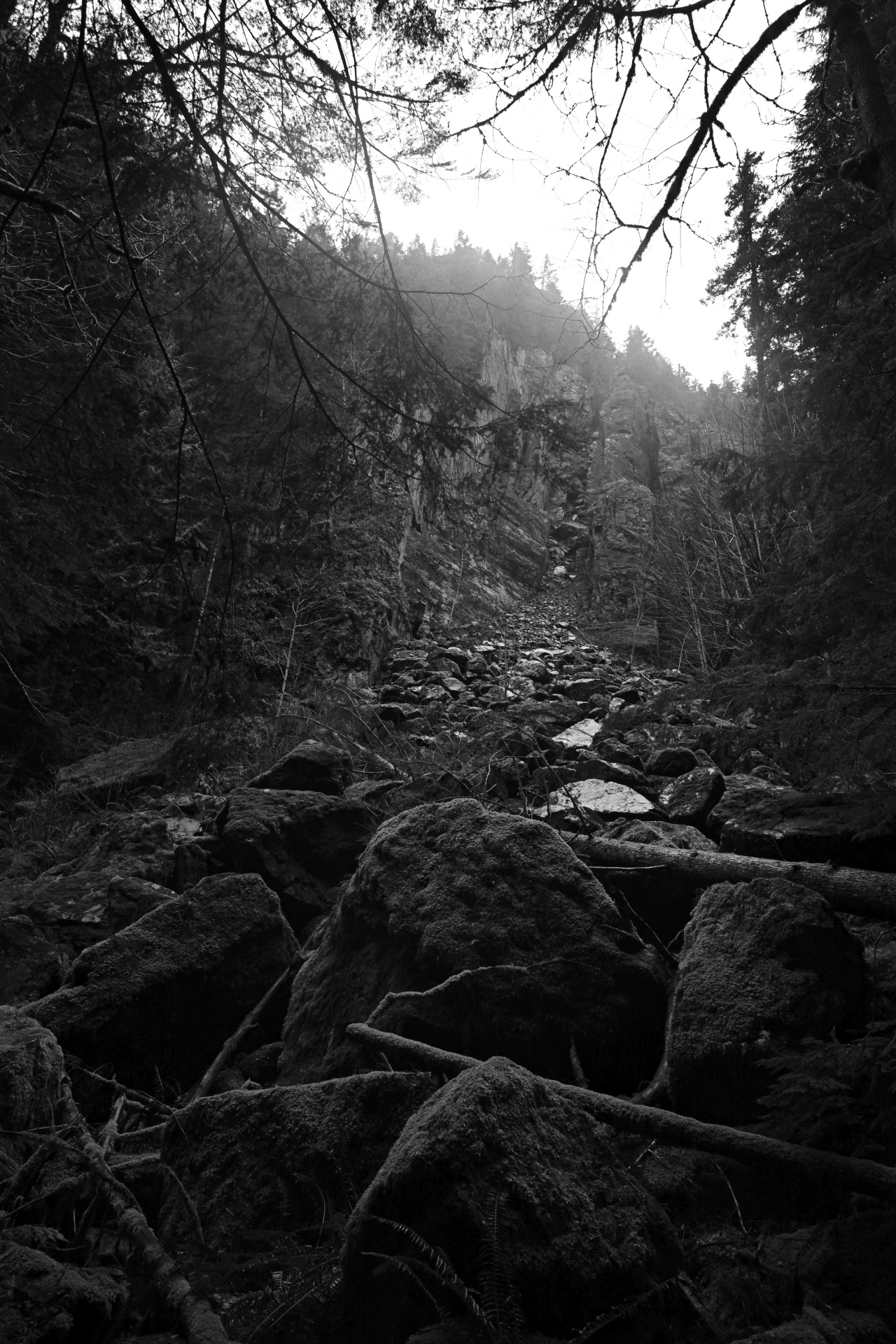 Numerous nearby bluffs and boulders make this a good-looking spot for climbers in addition to hikers.
×
× 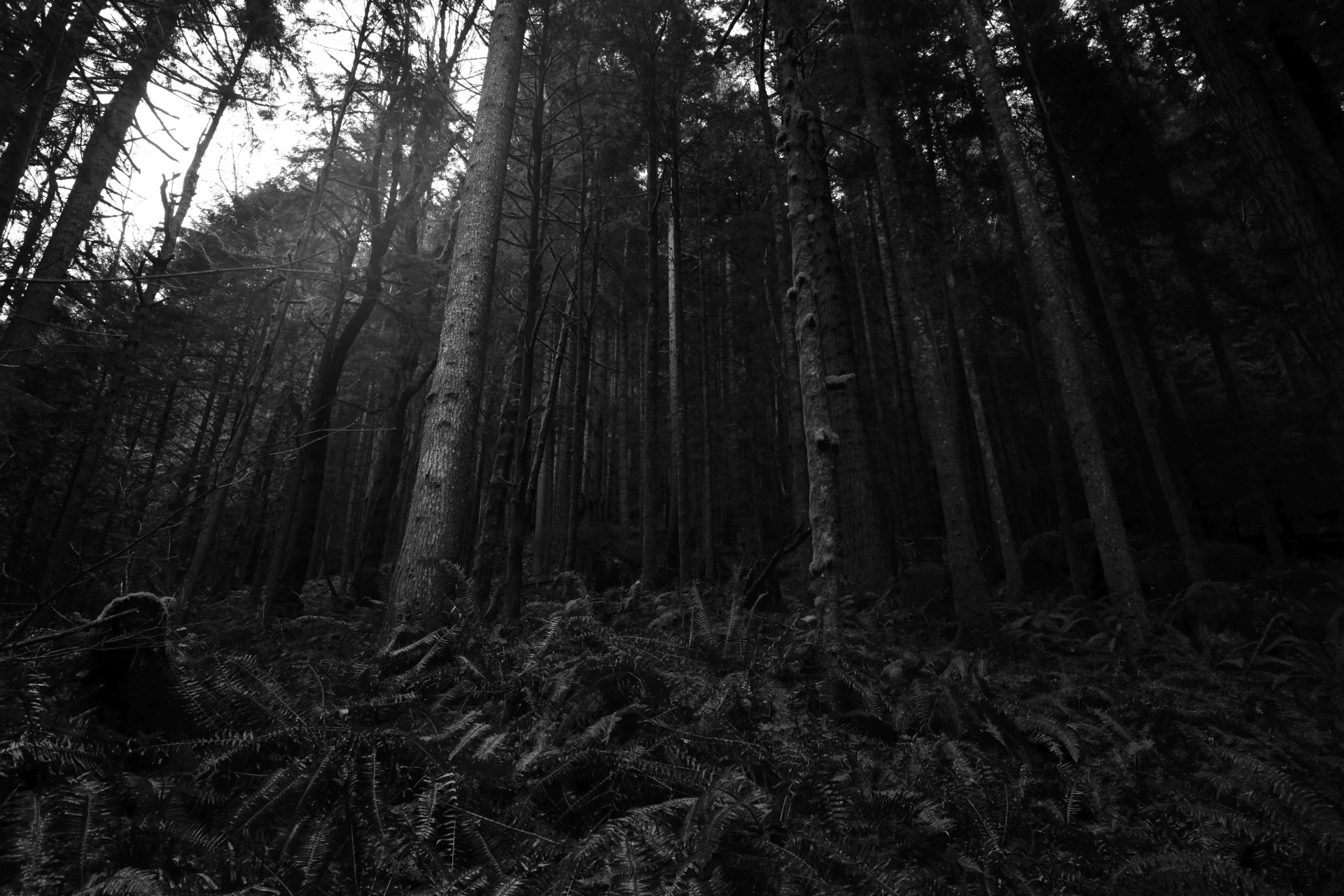 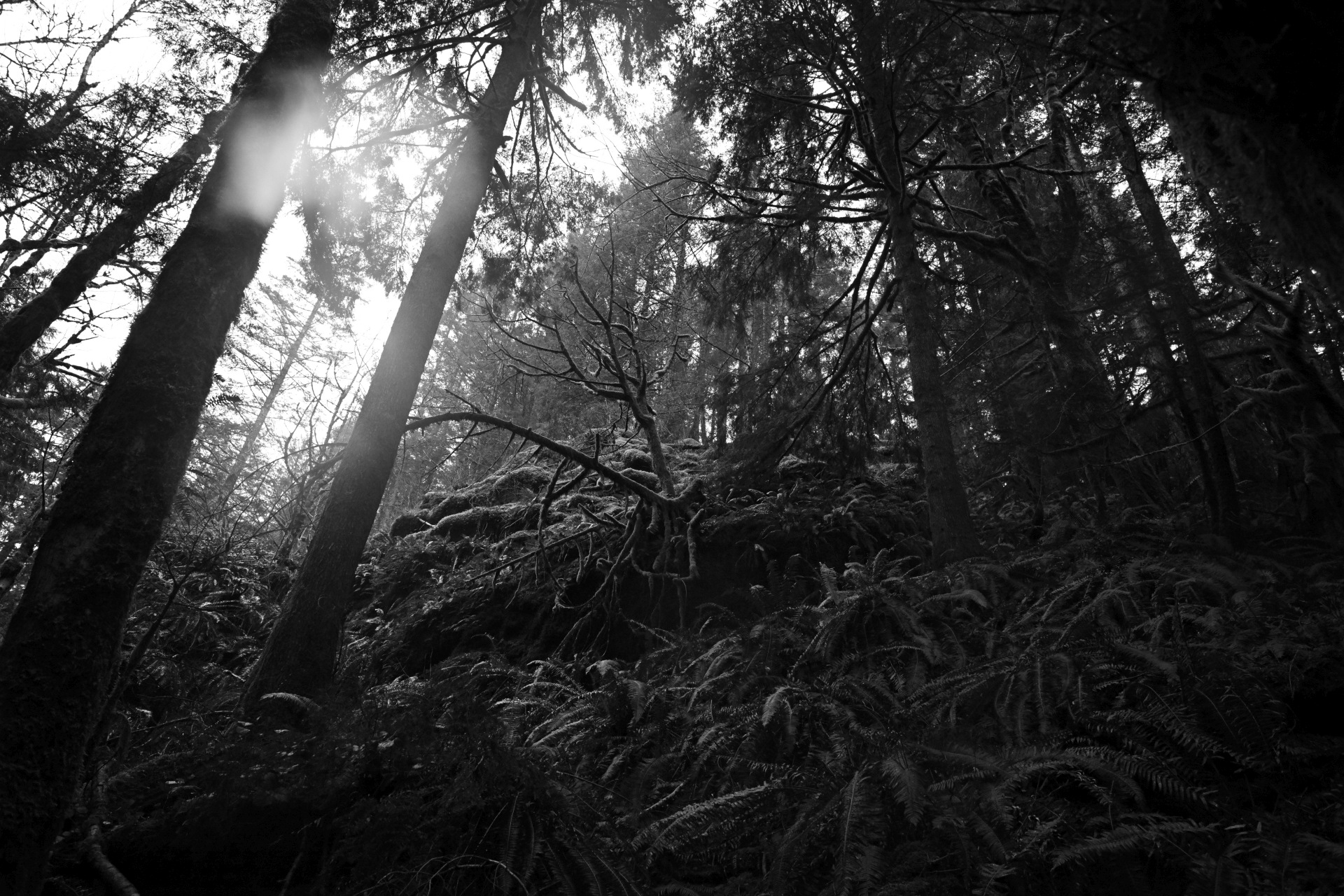 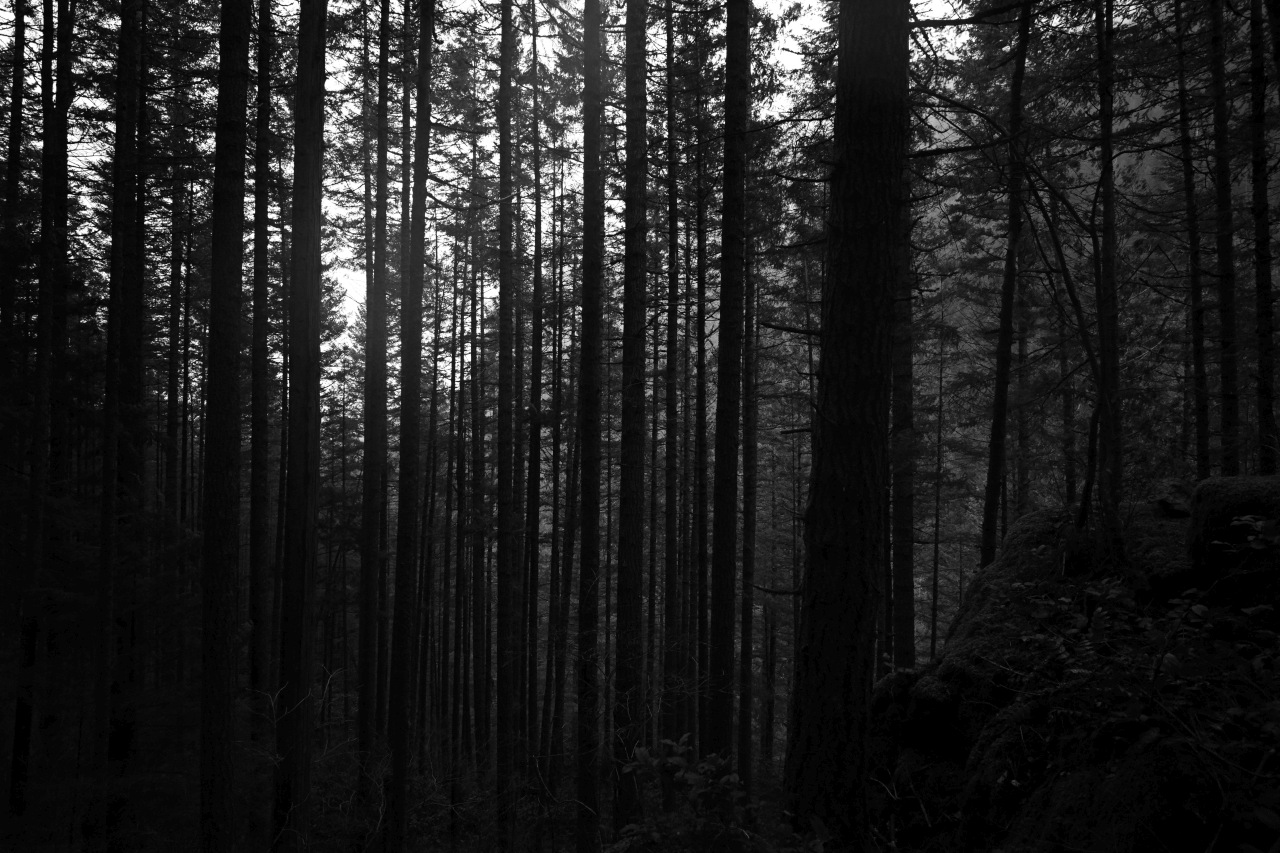 The top is indeed rewarding, though the renewed drizzle and starting sleet meant that I didn't spend quit as much time at the summit as I would have liked.

As for my health, this hike was a great one. It got my muscles moving, and helped show me that I have absolutely no problem doing something like this... or something more serious, perhaps... 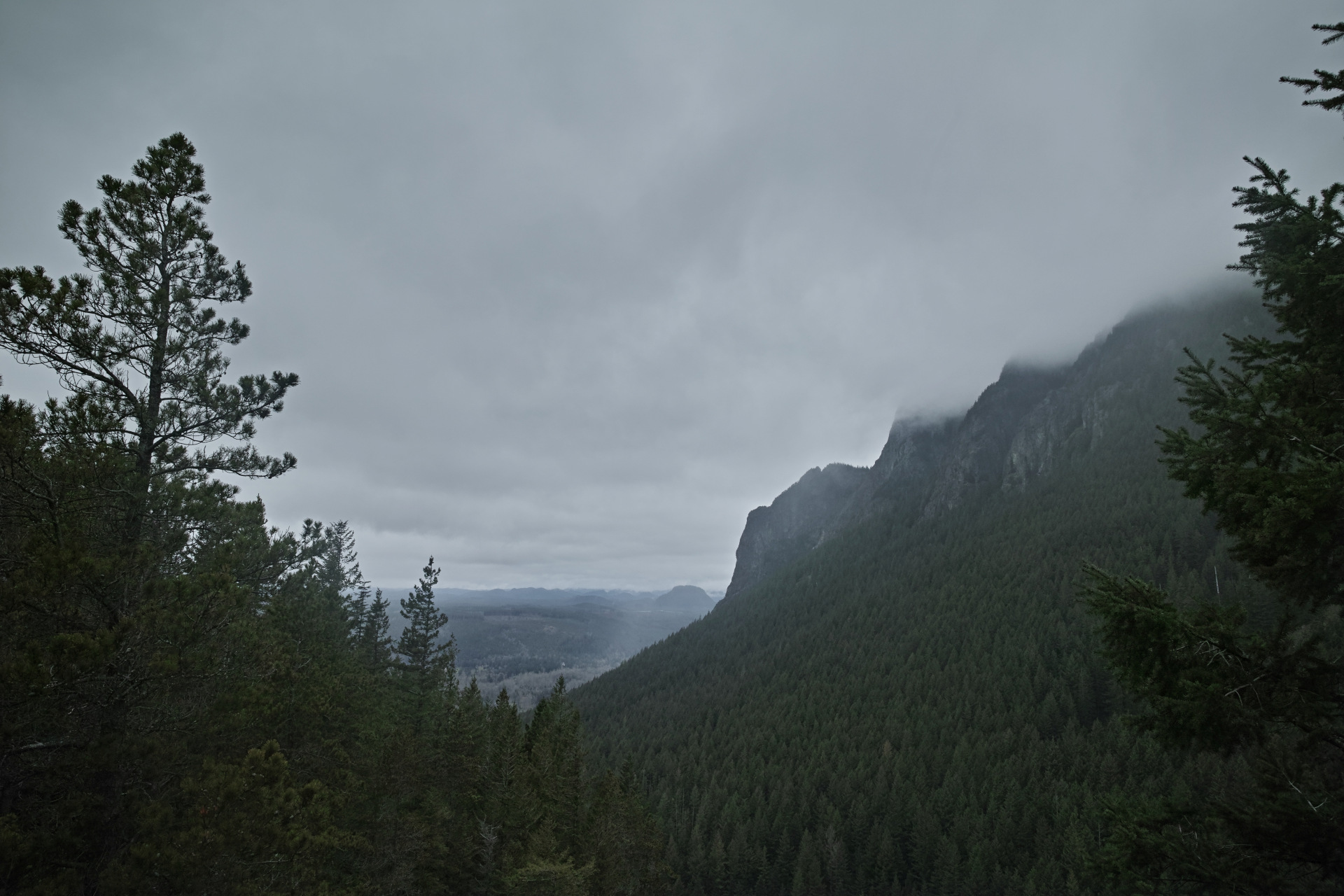 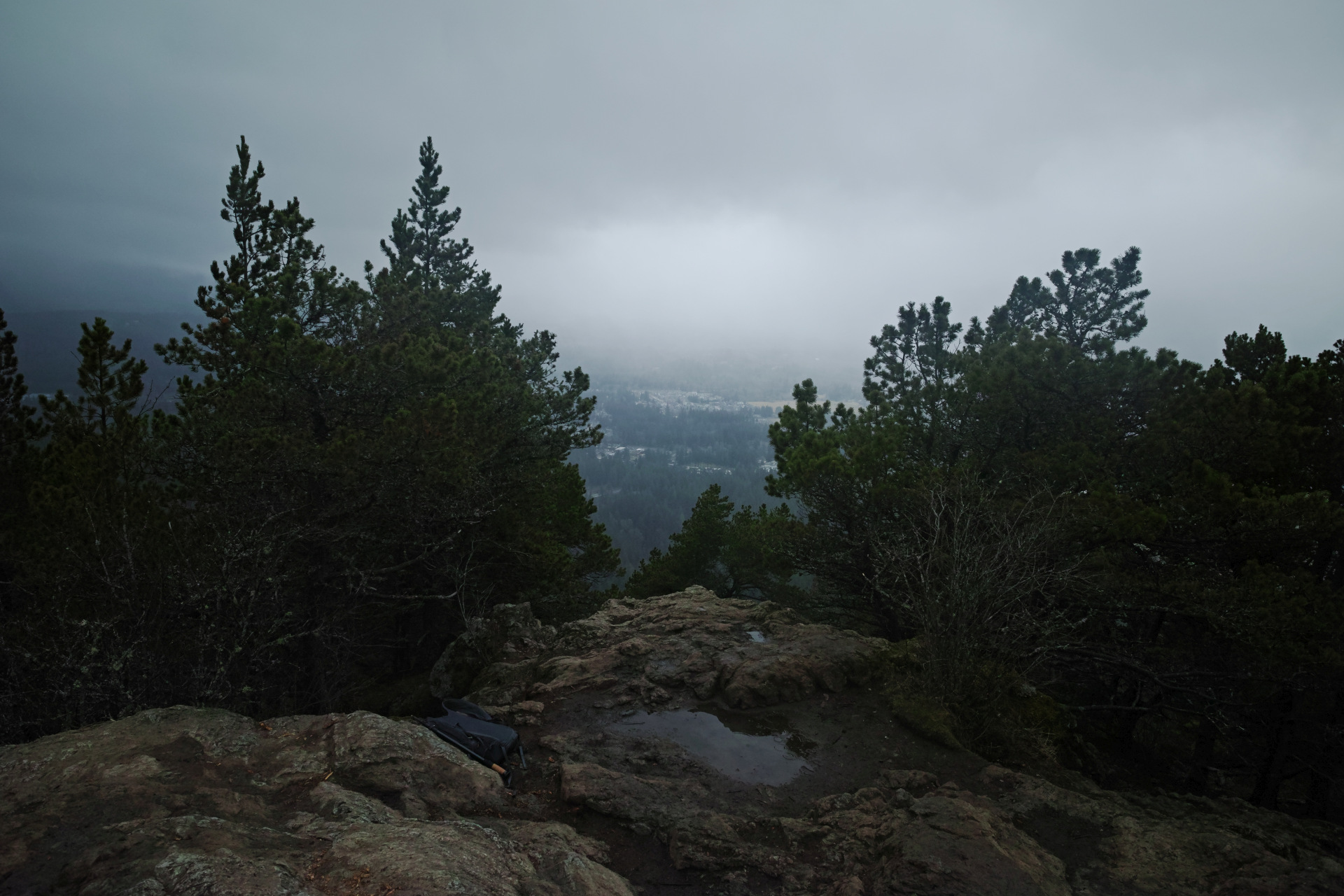